Chelsea and Sarah are two women who have a lot in common. They share a deep desire for children. They both struggle with fertility problems. They are both devout Christians and believe that their infertility is in divine hands and will be resolved according to God’s will. Chelsea writes about her infertility that it “does not define me/us. In fact, I feel blessed to be given this opportunity to trust God.” Sarah, meanwhile, writes “If God should deny me the mercy of children it is in infinite wisdom. If he totally deny it, it is in mercy and in love to my soul and if he see good to bestow it he will. In the meantime, it is good for me to hope and quietly to wait upon him.”

The women are separated by, you may have guessed, about 300 years. The first quote appeared in Chelsea’s blog, Starbucks, Peace and the Pursuit of a Baby, in April 2012. The second quote appeared in Sarah Savage’s spiritual diary in September 1687.

Looking at these quotes, it is tempting to focus on how similar they are. The past might be another country, but like most other countries it is inhabited by people who, at the basic level, share desires, concerns, and emotions. Reading Sarah Savage’s diary, it is easy to find feelings and needs that echo those of thousands of women facing fertility problems today. There are also some evident historical continuities. Chelsea’s particular brand of Christian faith can be understood as a continuation of the “godly” Puritanism that compelled Savage to write her diary, and the two women’s devout responses to infertility stem from the same source.

For the past several years I have lived my professional life in Sarah Savage’s world. I have researched and explored the lives and experiences of English women and men who faced fertility problems in the sixteenth and seventeenth century. I have become so immersed in their world that a friend who is a modern day OB/GYN teases me, saying I talk about my historical subjects as though they were patients. And while those early modern “patients” may express thoughts and feelings that seem eerily familiar to us, the differences between their world and ours are staggering, not merely cosmetic or technological.

Let’s start with the obvious. We live in a world of home pregnancy tests, ultrasounds, and IVF. We can know with almost complete certainty that we are pregnant within two weeks of ovulation. We know about ovulation, full stop. That already puts us miles ahead of the seventeenth century. If we get pregnant, we can see the fetus grow within us, and hear its heartbeat using a Doppler device we got on Amazon. And if we do not conceive, or do not carry a pregnancy to full term, we also usually know something about why. Chelsea places her faith in God, but she also relies on all the latest treatments and can say with a fair degree of certainty that her fertility problems stem from PCOS. All of this knowledge does not mean that we can solve all fertility problems, and it doesn’t even necessarily reduce our worry and anxiety about conception and pregnancy. It does, however, mean that the 21st-century experience of infertility is vastly different from the one people had even one century ago, let alone three.

Forget about understanding the exact cause of a fertility problem, or even diagnosing that it existed. Let’s start with this simple fact: in the early modern world, there was no reliable way to know if a woman was pregnant until she had given birth to a baby. You could make educated guesses. You could assume, based on physical characteristics and personal experience. But unless an actual baby was delivered, ideally in front of witnesses, there was no way to be sure. Mary Tudor famously thought she was pregnant twice in her life when she was not, but these cases might be easily dismissed: after all, she had no previous experience with pregnancy, and the pressure on her to provide a Catholic heir was massive.

Take instead Mary’s contemporary, Honour Plantagenet, Lady Lisle. Lady Lisle had seven children with a previous husband before she married Arthur Plantagenet. In December 1536, Lisle was convinced that she was pregnant, enough to send out notices to friends and family and to receive letters of congratulation and gifts. Around June or July of 1537, she entered her laying-in chamber in anticipation of the birth. It never came. By late August, Lisle had no choice but to admit to herself that she had not been pregnant at all. It was quite a blow, and it was said that she “weepeth and sorroweth without comparison.” Despite her extensive experience with childbearing and the attention of physicians and other attendants, Lisle could falsely believe that she was pregnant because there was no certain way to prove otherwise, except letting time take its course.

Even in the early modern period, people knew there was a link between menstruation and pregnancy. The main method women had to guess at the state of their fertility was to follow their cycle. This was by no means certain, however, because poor nutrition and general living conditions meant that even fertile women might have highly irregular cycles. Some medical guidebooks suggested that as long as a woman got her period once a year, all was well. Still, the diaries of Sarah Savage and Lady Margaret Hoby indicate that women did keep track of the timing of their period. Even their husbands sometimes took note: both Elizabethan scientist John Dee and the diarist Samuel Pepys carefully recorded the timing of their respective wives’ periods. For women trying to conceive, menstruation was a bit of a double-edged sword. A late period might be hopeful, because it might signal a pregnancy, but it could equally mean a medical problem or even an end to fertility altogether.

Princess Anne (later Queen Anne) called her period “Lady Charlotte.” In her correspondence with her close friend Sarah Churchill, she took regular note of Lady Charlotte’s visits and absences. In July 1692 she wrote that “I have not yet seen Lady Charlotte, which I wonder very much at for I used to be very regular, and I cannot fancy she has taken her leave for nine months.” A few days later she wrote again: “Lady Charlotte is not yet come to me and I doubt if I should prove with child. It is so soon after my illness to hope to go on with it… if I am not [pregnant] it is a very ugly thing to be so irregular.”

Anne was worried about her fertility, and she had every reason to be. When she wrote the letter she had already been pregnant nine times, yet only three pregnancies had resulted in living children, and of those two had died in infancy of illness. By the end of Anne’s fertile years she could count seventeen pregnancies, yet not one living child. With an irregular menstrual cycle and a history of miscarriages, premature labors, and stillbirths, it is hardly surprising that Anne was worried. She got advice from numerous physicians, and in 1693, when she believed herself pregnant again, she wrote that she was “so desirous of children I would do anything to go on [to full term].” But she knew that Lady Charlotte’s absences could be as much a sign of infertility as of fertility, and she knew that she had little beyond guesswork and her own experience to tell her which it was at any given moment. She also knew, as most fertility patients in her period did, that while she had many treatment options, none were remotely certain.

It’s not that early modern medicine didn’t acknowledge fertility problems or try to treat them. It offered many different kinds of treatment. Most of the medical advice was based on the humoral medical theory prevalent in that time. In a nutshell, this theory claimed that the body was made up of four humors, which had to be in a proper balance of these qualities in order to be healthy, and to produce children. Available treatments sought to balance the “intemperate” body. Herbal remedies were the most common, with preparations based on sage, cinnamon and ginger being popular choices for fertility patients.

If the imbalance was serious, more dramatic remedies such as blood-letting or inducing vomiting were used. If you were a wealthy, upper-class woman, you might choose to “take the waters” in one of the reemerging spa towns. Anne favored Tunbridge Wells, while other prominent women preferred Bath or Buxton. There were also some more “magical” treatments, from tying a frog around your waist to making a drink from boar’s testicles. Most patients took their pick from any or all of these options and added to them prayer and devotion according to their specific faith. The variety of treatments available at the time is indicative of the uncertainty people felt about their efficacy.

Medical advice also had another dimension: a humoral imbalance leading to infertility might be a born trait, but women who had it were characterized, in the medical literature, as tending to too much drink, too much food, too much anger, or too much sex. Promiscuous women were believed to be infertile, and women who “domineered” their husbands or generally acted in ways a good woman shouldn’t were also thought to be bringing infertility upon themselves. Childbearing was absolutely central to women’s identity in the early modern period, and was considered the primary (although not only) justification for marriage. So these medical books were saying that how you should act as a “proper” woman was how you must act if you wanted to fulfill this basic function. And if you were a married woman with no children, well, there was a good chance that it was your fault.

Sarah Savage’s fertility concerns were short-lived, and she eventually had eight children. Other childless women in her period were not so lucky, but they found methods of coping: they filled their lives with “good works,” focused on literary pursuits, practiced informal adoption (actual adoption was quite rare), or found other meaning. But in a world in which their fertility was forever uncertain, and in which motherhood was seen as the primary goal of all married women, it was difficult to state that their infertility did not define them; to some extent, it did.

Excerpts from “Starbucks, Peace and the Pursuit of a Baby” have been included with Chelsea’s kind permission.

Sarah Savage’s diary is in manuscript at the Chester and Cheshire Record Office.

Queen Anne’s letters to Sarah Churchill are in the British Library, Additional Manuscripts 61414 -61415.

Image of birthing chair via.

Spelling and punctuation have been modernized throughout for easier reading. 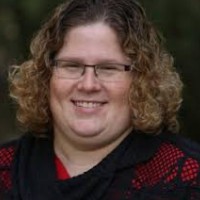 Daphna Oren-Magidor is a historian of early modern Britain and a postdoctoral fellow at the Hebrew University. She is currently completing a book on infertility in early modern England.