Beyond Art and Money: On Architecture and Preservation

If a drive through my hometown is a crash course in city planning, the title might be “Nowhere is Exactly like Here but it is Pretty Close.” It is an unremarkable Florida suburb, though it does have a palm tree backdrop. The landscape of big box stores and strip malls feels as native to the area as birds along the gulf. You would never guess that the U.S. Army constructed a base here in 1835, or that it was already the home of earlier inhabitants from the Tocabaga chiefdom. The city may as well have sprung up in 1983, with the opening of the world’s first Hooters, my city’s best-known export.

Much of Florida’s west coast is like this. Cities traded rich architectural histories — marked by encounters and conflicts between Native Americans, the Spanish, the French, and later arrivals from Europe and the Caribbean — for easy money in the form of modern coastal development. This makes sense; there is money in waterfront property. But this is no charming Nantucket or Cape Cod; my city doesn’t even pull a San Francisco and have a touristy wharf. Rather than preserve the old structures that once dotted the landscape, much of the gulf coast is awash in new, haphazardly planned construction.

I studied architectural history in college, and it’s unclear from where this interest sprang. Perhaps it was from the very dearth of visual history to be found where I grew up. Architecture was never part of my region’s perceived identity. Sure, Miami has Art Deco and the Panhandle has the New Urbanist experiment, Seaside. West-central Florida offers a Frank Lloyd Wright-designed college campus in Lakeland and Ybor City in Tampa – as attractive as they are unknown. Central Florida is not a sentimental place; we learned little of the region’s history in school. Our state’s identity today shifts uneasily between tourism hotspot, old people destination, and Florida Man.

In effect, my hometown is a place without a spatial history. It does not matter how many hours you spent studying and joking with friends at the local Panera, it is still hard to feel nostalgia for a place copied and pasted across the country. It is hard to navigate my area based on landmarks, because speeding by in the car, all you can really see is a jumble of advertisements. The buildings themselves are quite similar: concrete, garish corporate branding, set back far from the road; they are lurid islands in a sea of parking lots. The historic downtown area — one of the few parts of the city that is both walkable and home to many historic buildings — has been deserted for years, and remains a conundrum for city officials.

It is easy to claim, as some politicians here would, that they made the right choices. After all, more people are moving to the state than almost anywhere else. There is plenty of traffic and construction en route to the beach. And unlike most of the gulf coast, our tourism-dominated economy did not suffer terribly from the BP Deepwater Horizon oil spill.

But we gave up our architectural history, and the public history, aesthetic beauty, and environmental consciousness that comes with awareness of it. This phenomenon is hardly specific to central Florida — suburbs across the country exist in previously lightly populated areas, where well-constructed pre-war architecture gave way to flimsy moneymaking construction. If you do not live in such a place, your city likely spawned many surrounding its periphery. Real estate academics have shown that these cheaper new styles of building recuperate their initial investments far more rapidly than traditional construction. This is essential to a real estate market connected to Wall Street, who demands buildings be profitable in timelines the market understands. Yet the hidden cost of these buildings is great. They suffer planned obsolescence, and generally must be overhauled or demolished in 20 to 30 years. This is incredibly wasteful, and obviously discourages high building standards.

In a climate such as this, old architecture cannot always be appreciated. But it can be incredibly valuable. Aesthetically, historic buildings – which, in the United States, may be legally defined as just 50 years old – add variety to cityscapes and showcase different eras of building and living. Their sounder construction often makes them more efficient than newly constructed buildings, and candidates for LEED recognition.

When evaluating a building for nomination for a historic designation, the relevant factors extend beyond visual intrigue. Issues like whether any technical feats were achieved in the building, or whether it can be linked to an important person or event, are equally important. And it is perhaps this last criterion, the historic context of the building, that is most important for the public interest — because this situates historic architecture in the context of public history, its most critical role.

Architecture is an unavoidable part of human life. Everyone in the world interacts with it. You live in it – or you don’t – and you often work, shop, and relax in or around buildings. Architecture directs your navigation, gaze, experience, and appreciation of the world around you, and is impossible to ignore completely. For this reason, it is in an excellent position to inform us of history.

This is obvious with famous buildings like the White House or Chicago’s Home Insurance Building, the first skyscraper. These places tell us things about our history, politics, engineering, and of course the art of building design as well. But lesser-known spaces can do the same for us: That’s why you see plaques on 200-year-old houses in Charleston, proclaiming their age and which historic figure stayed there one night. It is why architectural walking tours exist.

History is in the public interest, and architecture can illuminate it in an engaging way. In particular, the histories of under-represented populations can be further revealed and contextualized by buildings. If you educate people about some of the capital’s most famous buildings, you can explain that slaves or free Black laborers constructed some of them. If you visit the castle of William Randolph Hearst, in central California, you can learn about turn-of-the-century female architect Julia Morgan. And if you visit the pueblos or the enormous missionary churches scattered throughout the southwest, you are experiencing the results of early meetings between Native Americans and Spanish settlers.

Knowing and understanding our history is critical to addressing contemporary issues of equality, citizenship, and value in society. It is a way of witnessing and proving that all of these populations, including ones historically marginalized, have complicated and rich histories rooted in specific places. Just as Europe’s concentration camps are preserved and visited today in part as a reminder of the magnitude of the Holocaust, other structures – even if casual passersby do not know their histories – can reaffirm the experiences of those who built or occupied it, not letting us forget past events.

Of course, there are numerous reasons why such buildings may disappear: Some fall into ruin, some are renovated beyond recognition, and some are razed to make way for developers’ plans. Plenty are unloved failures, like unsuccessful social housing projects from across mid-century America. But when this happens, when there is no collective communal or political will to save some of a place’s history, we the public give up some of our history.

So, then, is a place like my hometown devoid of history? Of course not. But it is devoid of spatial history. The records of what the city once looked like can be seen only in old drawings or photos, mostly housed in archives the public will never see. And in this way, the city can more easily deny aspects of its past — its early role as a space for the military to keep an eye on colonization in the wake of the Seminole Wars is poorly known. Its highways widen and extend, new settlement linked to new settlement.

Maybe the city’s current leaders prefer this. Historic preservation can be a messy practice with laws that vary by state, and in Florida, by city. It can be time-consuming, costly (though sometimes cost-saving, for those who see beyond seven-year returns), and is more complicated than building out of a big box mold. If you want to attract fast money, you want to make it easy to demolish buildings. But if you want to attract long-term investment in a place, honor its history, its sense of identity, you must invest in some of what is already there. Architecture is more than the sum of its visual features or appraisal value — it can be a permanent marker of a place’s values, history, and thought processes. Whether or not we always like what it says or how it’s presented, saving and preserving some of it is crucial to understanding who we are and where we live. 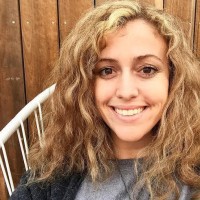 Jacqueline lives in Belgium, where she researches art museum architecture as a Fulbright Fellow and confounds locals with her attempts to speak Flemish.