Held Back: The Decades of Unfairness Behind the Women’s Soccer Pay Dispute

Last month, five players from the US women’s soccer team filed an equal employment opportunity complaint against the US Soccer Federation. The case, which is ongoing, is primarily about compensation—in essence, the women want to be paid the same as the men—but it’s also about something much bigger than that. For more than two decades, the federation has prioritized the male players, often blatantly so. No matter how well the female players performed, the federation seemed reluctant to reward them and in some cases actively hindered their progress.

Part of the problem is FIFA, soccer’s global governing body, which is notoriously sexist. But it seems unjust to let FIFA shoulder all the blame. Having a sexist boss doesn’t mean you have to to be sexist, too. Plus, soccer came of age in the US in the 1990s, a time when the idea of female athletes sharing the spotlight with men was often encouraged. The US women’s soccer team has been stellar from the outset. It won the first-ever Women’s World Cup in 1991 and came in third in 1995. Then in 1996, it won the first Olympic gold medal in women’s soccer.

Conversely, the US men’s team’s best World Cup result during the ’90s was making it past the group stage in 1994, and it hasn’t made the Olympic podium since 1904, when soccer was a demonstration sport and only three teams, two of which were American, competed. Yet it was the male players who got the most money, the best playing venues, and, perhaps most importantly, a professional league that allowed the players to develop their skills year-round while also earning a living. The US Soccer Federation played an integral role in starting Major League Soccer, the main professional men’s league in the US, which played its first season in 1996. Alan Rothenberg, the federation president at the time, personally recruited business owners to invest in MLS teams. But when players from the US women’s team wanted to start a professional league after the 1996 Olympics, as players from the gold medal-winning women’s basketball and softball teams were, Rothenberg shut them down with a letter that began, “While I take my hat off to you for your pluck…”

The proposed women’s league, called the National Soccer Alliance, had commitments from Nike and other major sponsors. A September 1997 Los Angeles Times article proclaimed that the league was “set to spring into action,” with a ten-week season that was supposed to start the following April. Those sponsorship deals were contingent on approval by the federation, however, and when it became clear that approval wouldn’t be forthcoming, Nike and the other would-be sponsors backed out. By December 1997, the National Soccer Alliance had folded. What would have been the first pro women’s soccer league in the US had come and gone without playing a single game.

The federation cited various reasons for not sanctioning the women’s league. Shortly after it folded, Rothenberg told the Washington Post that he had worried it wasn’t financially viable. “The main thing we were concerned about was that it wouldn’t make it,” he said. “If it would have fallen on its face, it would have hurt progress tremendously.” But the league had outlined a detailed financial plan in its nearly 300-page application for federation approval. To Jen Rottenberg, a lead administrator with the league, the months of meetings and paperwork that the federation put her and the players through seemed like deliberate stalling tactics. “They didn’t want the league to happen, and the general attitude was dismissive,” she said, when I spoke to her recently.

The federation wanted the women to wait until after the 1999 World Cup to start a pro league, according to Rottenberg and newspaper reports. By then, Major League Soccer would be going into its fifth season and, ostensibly, more stable. In 1997, the men’s league was struggling: game attendance was down, and by the end of the year, the league had lost an estimated $11 million, after losing $19 million its first season. Some federation officials reportedly expressed concerns that a pro women’s league might detract from MLS games.

In 1999, the US women’s team won its second World Cup. The tournament was held in the US that year, and the final came down to a dramatic penalty shootout. After scoring the winning goal, US player Brandi Chastain ripped off her jersey, exposing her sports bra, and fell to her knees. Chastain became an instant women’s sports icon, and already-famous players from the 1996 Olympic team, such as Julie Foudy and Mia Hamm, became superstars. Sports Illustrated put the team on its cover and named the players its “Sportswomen of the Year.” The US men’s team, meanwhile, was coming off an abysmal last-place finish at the 1998 World Cup.

The US Soccer Federation continued to favor the men, however. In 1998, male players got $20,000 each just for making the US team, nearly twice what the women’s team members received for winning the 1999 World Cup. Worse yet, the federation tried to use the women’s lack of a pro soccer league against them when they asked for a slight pay increase before the 2000 Olympics. “In the absence of a weekly league, they look to us for a weekly paycheck,” said Hank Steinbrecher, the federation’s secretary general. (This wasn’t Steinbrecher’s first snide remark about the women’s team. In 1995, when the women’s players requested bonuses for winning silver or bronze medals at the ’96 Olympics, not just gold, he said, “It seems some players are more concerned about how green their shoes are instead of bringing home the gold.”)

The federation eventually agreed to increase the women’s stipends before the 2000 Olympics—from a modest $3,150 per month to a still-modest $5,000 per month—and the women’s team went on to win the silver medal that summer.* A year later, the US women finally had a professional soccer league to play in, but it didn’t last long. The league, called the Women’s United Soccer Association, folded in 2003, having lost nearly $90 million in three seasons. That’s a lot of money, but it was still less than what Major League Soccer was losing, which by 2004 was said to be more than $350 million, averaging out to about $40 million per year.

The men’s league wasn’t in danger of folding, though. In fact, it was expanding, adding new teams and building new stadiums. It had also secured coverage on ABC and ESPN thanks in large part to the fact that MLS, through its “commercial arm,” Soccer United Marketing, owned the US broadcast rights to the 2002 and 2006 World Cups and was able to use them as leverage (for more details on the arrangement, see this recent New York Daily News report). The best TV deal the women’s league was able to get was with the PAX network, a channel that, as The New York Times and other media outlets noted, didn’t typically feature sports.

Today, the US Soccer Federation does support a professional women’s soccer league. In 2012, after yet another women’s league folded (see these articles for more on that saga), the federation stepped in, helped set up a new league, and agreed to subsidize the salaries of players from the national team. The latest league is still a far cry from Major League Soccer in terms of pay—the highest salaries in the women’s league are less than MLS’s minimum salary, which rose to $60,000 last season.

MLS teams also receive more promotion than the women’s do. A prime example of this occurred last summer, when New York celebrated the US women’s players’ 2015 World Cup victory with a ticker-tape parade. It would have been an ideal opportunity to promote the fledgling pro women’s league, but, while the head of the women’s league was there, it was MLS commissioner Don Garber who addressed the crowd. The Red Bulls, New York’s MLS team, also had a float in the parade, and although it featured female staffers and girls from local soccer teams, it still seemed like an MLS marketing ploy. As an article in the soccer magazine Howler pointed out, it’s unlikely that the women’s league would have been represented in a parade honoring the US men’s team.

The professional leagues may seem tangential to the female players’ current pay dispute with the federation, but they’re actually quite central. Without a strong pro league to play in, the women have had no choice but to be dependent on the national soccer program for their livelihood, and the federation uses that against them just as it did in 2000. In its responses to the players’ equal employment opportunity complaint, the federation has taken pains to highlight the severance pay and health benefits that it gives the women but not the men—who get those things from their pro teams. “When someone negotiates for guarantees of downside protection, almost necessarily, the opportunity for upside gets squeezed down a little bit,” a federation representative said in a recent press conference.

The US women’s players have said they might boycott the upcoming Summer Olympics if their demands for equal pay aren’t met. If they did, no Americans would be featured in this year’s Olympic soccer tournament; the US men’s team didn’t qualify, just as it didn’t in 2012. Of course, the women will almost certainly reach an agreement with the federation and go to the Rio Olympics, where they’ll be the favorites to win gold like they did last time. The bigger question going forward is whether the women’s pro league can become stable.

This year marks the first time a professional women’s soccer league has made it to a fourth season. The league has also expanded, from an eight teams to ten. If it can keep growing, American women may finally be able to have the kind of robust, sustainable soccer careers, with lengthy stints on both pro and national teams, that their male contemporaries have had access to for years. Sunil Gulati, the current soccer federation president, recently said he doesn’t like to use the word “deserve” in regards to the US women’s team. But, considering what US women soccer players have achieved and have put up with in the past 25 years, it’s easy to see how that word would come to mind. By all rights, they are the real stars of American soccer, and it’s time they were treated as such.

* Correction: An earlier version of this article stated that the USWNT won the gold medal at the 2000 Olympic Games. They won the silver medal. 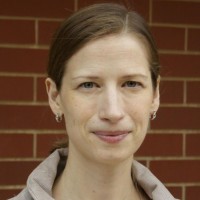 Erica Westly is a freelance journalist based in Tucson, Arizona. Her first book, Fastpitch: The Untold History of Softball and the Women Who Made the Game, will be published in June.