I’ve always loved writing and editing, and I was fortunate enough to make a career out of it. After my hours got cut back, I decided to devote my newly free time to personal projects and pitched an advice column to one of my favorite blogs. To my surprise, they were interested, and it became a Thing. And then I was asked if I wanted to write a book, and my lifelong dream of being a published writer started coming true.

It’s exciting, but also terrifying. Even though I know I can write in this mode—that I have been writing in this mode for more than two years, and writing professionally for even longer than that—it still feels like someone’s going to swoop in and declare me unfit to author. I’ve only told a handful of people about it, and “I’m writing a book” still sounds like a lie when I say it out loud.

All of that is pretty much your run-of-the-mill insecurity, but now I’m suddenly facing a slew of unexpected changes: the blog I’ve been contributing to is closing up shop, and a series of shakeups at my day job have pretty much gutted the org chart above me. Those aren’t at all related, but together, it feels like I can’t trust anything anymore, no matter how solid it once seemed. Intellectually I know this is ridiculous—I even have a new home for the column on another great blog, and thus far it seems like everything is reasonably fine in terms of my career. But still, the anxious feeling remains. (And then of course, the fact that the world in general remains a cruel and vicious place isn’t helping.) Can you help talk me down? And, like, hurry, because I’m almost at the deadline for my column and thus far it’s just a full page of the phrase “EVERYTHING IS CRUMBLING.”

While Nikki usually likes me to keep letters under 250 words, I let you ramble a bit since it’s my last column here and what’re they gonna do, fire me? Plus, it’s notoriously difficult to edit your own work.

Okay, folks, clearly I’m doing something a little different with this, my final column in this amazing space we all love so much. How could I let it be Businesslady as Usual during such a strange and transitional period?

Cutesy narrative conceit aside, the freak-out above is very real, and it’s been weighing on me as I struggled with preparing a fitting send-off for my time on the Toast—a gig that has been a gift and an utter delight from the moment Nicole first replied to my pitch email. It even helped me get a book deal! That’s right, folks, there’s a Businesslady advice manual (of all new material) coming out from Adams Media in May 2017. It still doesn’t feel real to me, but there it is.

(The book will also require me to remove my mantle of anonymity, which is another thing I still haven’t entirely processed. In the meantime, please continue to assume I’m just a stack of Hermes typewriters in a trenchcoat.)

The Toast’s dissolution doesn’t even mean the end of Dear Businesslady: the column will run on the Billfold beginning next month, thanks to Ester Bloom, AKA Aunt Acid and my occasional collaborator. I’m still figuring out how Medium works, but I’m pretty sure you can click “follow” on my author page—https://medium.com/@YrBusinesslady—to be notified when the next installment appears. (And of course, you’re probably already following the Billfold anyway, right?)

All of the foregoing is happy news, I mean obviously. But even though I’m psyched about the new beginnings (including the inevitably great projects the Toast masthead denizens will be churning out now that they’re freed from the burdens of site management), I’m still possessed by this sad sensation. It’s the end of an era, and beyond listening to “Closing Time” or “Atlantic City” on repeat—neither of which seems like a healthy response—I’m not sure how to cope.

But columnist, advise thyself, right? So here’s what I’d say to someone else if they wrote in with the exact same problem (without tediously continuing to refer to myself in the second person). Even if I can’t get myself into a positive headspace yet, maybe it’ll help someone else. We’re all losing the Toast, and I can’t imagine I’m the only one who’s dealing with personal and/or professional upheaval beyond that.

So. Why do we react poorly to change? The obvious answer is: something was good, and now it’s going away. And even if the thing that’s changing isn’t unilaterally good, it’s still a known quantity, while whatever takes its place has the potential to be bad in ways not yet envisioned.

As you might expect from someone who took it upon themselves to dispense advice over the internet, I have a strong personal inclination toward Doing Things Right, and a corresponding conviction that I know what the Right Thing is for any given situation. At my core, I think what’s scaring me right now is that the rules have shifted and I haven’t had the chance to review them thoroughly.

Another song that’s been on my mind a lot lately is “Landslide,” specifically my favorite line (which you can probably already guess): “Well, I’ve been afraid of changing / ’Cause I’ve built my life around you.” It’s one of those songs that has a different effect on you depending on where you’re at developmentally, and I’ve parsed that line a bunch of different ways in the half-lifetime I’ve been aware of it. When I was younger, it seemed like Stevie Nicks was warning me about the inevitable distancing that would accompany growing up—that the more I grew into my real self, the further it would take me from the friends who had defined my teenage years.

To the current me, the one that’s rapidly approaching middle age, it seems somewhat laughable to imagine a life built by a 16-year-old as having any kind of permanence whatsoever—adolescence is pretty much defined by constant change, however stable individual phases might feel when you’re inside them. But then, that’s also the privilege of youth: when you’re in continual transition, any given disruption is much more easily weathered. The heartbreak that destroyed you in June will feel like it happened to someone else by the time the school year resumes in September.

Now, by contrast, I really have built a life. It’s built to last. And while I’ve built it around a variety of meaningful anchors—and I’ve never been someone who’s solely defined by their professional persona—my day job has been a huge part of who I’ve become over the past few years.

But my boss is leaving. And so is my boss’s boss. That’s enough of a disturbance in the force to make everything that comes next a complete unknown. Beyond all the usual high-stakes worries that accompany career uncertainties (about stuff like income, resume continuity, and personal satisfaction), I’m feeling an added layer of pressure from my role as a self-appointed expert. If Businesslady loses her job, infuriates her manager, becomes frustrated with work, or otherwise bungles her professional life, then how can she possibly claim to be qualified to help other people?

But. Even as I wring my hands and stress-dream about unrealistically awful outcomes, I know deep down that I’m being silly. Because if I do screw things up, it will only help me learn how to counsel other people in the middle of their own necessary mistakes. Because feeling the raw fear of ambiguity will bring all my true priorities into sharper focus.

And because I know that a year from now, I’ll be fully immersed in a new reality that—whatever its drawbacks—will have already provided me with a set of guidelines for how to handle the day-to-day.

I don’t know if anyone’s truly adept in challenging themselves, but it’s especially difficult when you’re an anxious person, someone who hates the thought of letting people down or breaking well-established rules. When I first pitched this column, Nicole wrote back almost immediately saying “sure, let’s try it out,” but it was another month and a half before I actually sent anything in. After all, I couldn’t fail at something I’d never actually attempted, right? Being a hypothetical advice columnist was a lot more comfortable than sincerely offering up my writing to the world.

Because here’s the other thing, something that I know a lot of Toasties learned far before I did: ghostwriting under another person’s authority is different from writing material that’s truly yours. I’ve spent years drafting stuff for other people’s approval or revising things that someone else wrote, and while there’s some degree of agita involved on occasion, most of the time I feel confident that I know what I’m doing. And ultimately there’s always someone else involved in the editorial chain, so if an error or awkward sentence accidentally slips through, it’s not All My Fault.

This column—long may it run—and the book, though, are another story. No one tells me what to write, and (editorial input notwithstanding) no one’s standing as a shield between me and shittiness. (So if you’re loathing this unexpected foray into personal-essay territory, you know exactly who to blame, is what I’m saying. Although I do have enough insight to know that I should start wrapping things up.)

The Businesslady whose first column appeared on the Toast two years ago is not the same Businesslady writing this today. That would be true even without these recent and sudden changes—the very act of doing this each month has made me a different person, a better writer. Reading your letters has shown me the diversity of life experiences and also the universality of certain struggles: for economic stability, for fair treatment, for happiness. That knowledge would’ve never come my way if I’d remained a hypothetical advice columnist, sealed in my comfortable cocoon of certainty and convincing myself I already had all the answers.

No matter how thoughtful any of us try to be, our abilities remain limited when there’s no one else to learn from. While trying to solve other people’s actual problems, I had to consider individual lives in all their messy complexity, and became part of a community in the process. And in the end, that’s what a career should build: a community. Not a superficial network with you at its hub, but a rotating cast of characters who (even if they’re the literal worst) will help provide the framework for your continued growth. You might mourn the departures of beloved colleagues or be suspicious of newcomers—you might decide to decamp and install yourself amid an entirely new group—but even if you work from home and are your own boss, you’re always going to need other people. The more we expand our personal communities, the better we become.

So as we bid farewell to the Toast That Was and face the strange changes ahead, let’s remember what made this place so special. I’m grateful to each and every reader who found their way to this column, and I wish you all professional success—but if and when things go awry, you know who to write to. I’ll be back to the usual Q&A format on the Billfold in late July. Until then, keep in touch, and have a great summer! 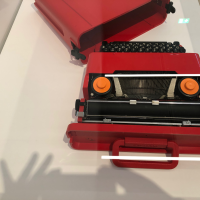