Author Bios Are My Business

“Rowling’s authorship [of The Cuckoo’s Calling] was revealed by The Sunday Times after it investigated how a first-time author “with a background in the army and the civilian security industry” could write such an assured debut novel.”

You’d think that a city as grey and hopeless as London wouldn’t be able to produce the high-watt sunlight that really makes you regret your high-proof mistakes. Maybe that’s why you can’t throw a crumpled-up newspaper without hitting a drunk in The City That Always Sleeps It Off — not enough sun to punish them for it. But if you’re an in-house detective working for the newspaper some asshole just balled up and tossed at a slosher, well, the hangovers come twice as hard and twice as often, and even the watery light feels like it’s impaling your head on a spike.

Some people say it doesn’t make any sense for The Sunday Times to keep on a full-time low-impact private dick on staff in an industry that’s losing writers and photographers almost as fast as it’s losing readers. Some of those people is me. Are me. This was easier when I shared my office with a copy editor. As it stands, I’ve got the gin-swirled syntax that keeps me from bothering to write any more inter-office memos.

In the 90s, it was different. Every week, a new author would be revealed as a man pretending to be a woman, or a woman pretending to be a sadder woman, or an MFA grad with an addiction pretending to be an MFA grad with much more marketable addiction. And that’s when they’d put me on the case. I’d flash my press credentials and force my way into publisher’s offices, bluff them with fast-talking quips and showy cigarette-lighting techniques. I’d rummage through their wastebaskets, pilfer galleys, look for overly-chummy-looking photos with authors who were well-known but not well-respected, and figure out who was at the bottom of the last number-one seller.

It was a good job, and I was good at it. I’ll admit I wasn’t as appealing to the women as your more traditional gumshoe, but what I lacked in female companionship I made up for with a fine collection of single-malt scotches and vintage shaving brushes. “I’m a man who was born fifty years too late,” is what I’d always tell a woman right before she slapped me.

But then the future caught up with me. Some blame the rise of the internet, or the decline of journalistic integrity. Me, I still well up with hot tears thinking of the day in 2007 when smoking indoors was banned in England. Half my interrogation technique: gone faster than a pack of Richmonds.

There’s a steady rat-a-tat at the door, and the sound hauls me flopping out of my hungover slump like a marlin on a fishing line. I entertain fantasies of leggy blondes or busty brunettes or at the very least a well-clavicled redhead slinking through the door. But the longer I put off opening it, the more it feels like the knocking is coming from inside my skull.

“Come in,” I shout, wincing at my own voice’s sawtoothed edges. I realize too late that I should straighten my tie and brush down my shirt. The only thing that makes you look sloppier than a wrinkled button-up is trying to fix it when someone enters your office.

“Jesus, Al, you look worse than you sound.” My editor, Jackson Jameson, rolls into the office with the gait of a stevedore in high heels. His entrance is about as far from a sensual siren’s as you can get without needing to call animal control.

“If I wanted to know how I looked I’d use the other camera on my iPhone,” I grumbled. It was hard to tell if that quip still made sense through the buzzing in my head, so I moved on before he had time to give me notes. “What the hell are you doing in my office before noon? Don’t you have some J-school graduate to chew a cigar at?”

“I quit smoking the same time you did, Al. No need to get florid about it. I’m just here to tell you we got a red ball assignment.” He tossed a hardbound book with a red memo taped to it onto my faux-teak desk, and the bang it made sounded like it echoed four times between my ears.

“You know emails are a lot quieter, Jack.”

He smirked, and strutted back out into the newsroom, slamming the door behind him. I picked up the book and grimaced. Some pulpy crime fiction, with blurbs on the back so over the top that they had to come from Goodreads. I opened the cover and glanced at the photo. A dead end, of course — I recognized the unsmiling man from a stock photo site, the third hit when you search for Stern-Faced But Also Kind Of Bookish-Looking Man. He was popular among e-book authors with missing noses and harelips.

Fortunately for me, the internet has made this a lot easier. I flipped through the book to find the name of the publisher and editor, and went right to Wikipedia. Back in the 90s, I’d have had to use a phone book or something. Maybe a rolodex. It would have taken at least two hours. But now, I could usually put these down in about five minutes, depending how many typos I made in my final report.

Under “Notable Authors,” the editor’s Wikipedia page had only two names – the schmuck I was chasing down, one Robert Galbraith, and England’s most famous wizard-scribbler: J.K. Rowling.

Good enough for The Sunday Times. I figure the chances of two famous authors having the same editor are about as good as my chances at getting through a nap without drooling on my desk. It took two minutes to send the email off to Jackson, and five more to get back into a good comfortable slouch on my desk. My iPhone buzzed as the paper sent out a tweet with the news that Rowling had already confessed. Pretty impressive turnaround, really — fifteen minutes from assignment to exclusive. Social media’s really changed the landscape, like a drunk ox tied to a —

The phone rang before I could wrap up my simile. I picked it up, and was immediately greeted by a woman’s Edinburgh accent with enough vinegar in it to pickle an ox. A buffalo, maybe. I leaned down with one arm to rummage through my bottom desk drawer for the thesaurus.

“Is this Albatross Scour?”

“My friends call me Al,” I grumbled, up to my elbow in old case files and Cornetto wrappers.

“Well we’re certainly not friends, Mr. Scour. You’re The Sunday Times’ in-house detective? The one who did the research saying J.K. Rowling wrote a crime novel under a pen name?”

“The very same. You getting anywhere in the vicinity of a point?”

“Well, the problem is I am Ms. Rowling, and I most certainly did NOT write that book — or put out that press release saying I did. So who is going around pretending to be me pretending to be some defense contractor crime novelist?”

I froze, cheek pressed against the desk, entire arm deep in the drawer. If she went public with this, she could see me for libel. And I’d lose my Newspaper-Managed Author Biography Detective license for sure. I had a feeling it’d be a long time before I got another nap at my desk. 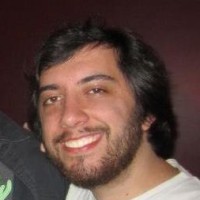