The iconic popsicle has one of those “accidental” creation stories that we love (not unlike the truffle.) As the apocryphal story has it, one day in 1905, a ten-year-old boy named Frank Epperson left a cup filled with powdered soda, water, and a stirrer on his porch on a cold winter night. Did he do that by accident, or was he experimenting during the winter with frozen summer snacks? Unclear. In any case, the mixture froze.

Luckily for those of us who live in summertime climes a bit warmer than the famously chilly San Francisco, Epperson was a budding entrepreneur who went on to market the concoction to sweaty sun lovers. Eighteen years later, Epperson began selling this treat, which he called the “Epsicle,” at Neptune Beach, an amusement park in Alameda, CA that operated from 1917 until 1939. By that point Epperson had children who called the creation “Pop’s Sicle,” hence the name. In 1925 Epperson found a business partner and began distributing the treat around the country.

The “sicle” part of popsicle sounds sort of like the “cycle” in “bicycle,” or the sickle on the Soviet flag. Both of these have served as convenient puns for popsicle makers, including one in Alaska offering the “popcycle.” Some artists, in turn, have been inspired by the image of the sickle and the popsicle and, at least for a time, you could buy a “hammer and popsicle” T-shirt if you wished. Popsicle is endlessly punnable, so it’s no surprise that in this dog-centric culture we have the pupsicle, and you can find recipes online, which include ingredients like bacon, chicken stock, or peanut butter.

But actually–and it is obvious once you have heard it–the sicle, despite its misleading spelling, comes from “icicle.” Icicle is of course from “ice,” which is predictably a fairly ancient word in those frigid British, Germanic and Nordic regions with languages cognate to modern English. Pretty much every language in that family has a word for ice that sounds quite a lot like our “ice.” Icicle is probably some sort of diminutive form, using the “le” ending. In fact, the word “ickle” for icicle is used in some English dialects.

What many people don’t realize, though, is that Popsicle, like Xerox and Kleenex and Vaseline, was and is a registered trademark, eventually owned by Good Humor, which is owned in turn by Unilever Company (which prefers to keep its own name off the product, lest we assume it tastes like soap). That means that when a group got together in Brooklyn in 2008, looking to make homemade popsicles with local fruit and without the possibly-toxic colorants and ingredients in the Popsicle-brand popsicles, there was trouble (Natalie Jordi wrote about it in The Atlantic.) The group, calling itself “People’s Popsicles,” realized that “Popsicle” was trademarked only after they had built up their whole website and printed advertising materials and all. They changed their name to People’s Pops, which it bears today.

The –sicle suffix is now a combining form. We have the Creamsicle and the Fudgesicle. In fact, it’s all trademarked: the “Sicle Trademark Family,” as the Popsicle website awkwardly puts it. But that hasn’t kept some from joining the party. Try some Orange Cream Cheese-sicle sliders or an Orange-sicle Rock Candy Stick. 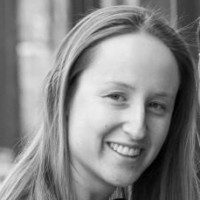