A New Version of You

In 1998, as Joey and Dawson shared their first kiss and Felicity agonized over Ben and Noel, poor Buffy Summers murdered the love of her life. Watching that episode some 15 years later, as a woman well into my 30s, I cried bitter tears. As Buffy made out with her ex-boyfriend, stabbed him in the stomach, and looked on in horror as he got sucked into Hell, it struck me as the most harrowing and realistic breakup in television history, the whole idea that anyone would ever fall for a big lunk like Angel notwithstanding.

The motivation for their split, of course, was to prevent worldwide human annihilation. Those were the stakes of Buffy the Vampire Slayer, which rightfully portrayed the process of growing up as a series of encounters with total fucking apocalypse. Because it perfectly captured the histrionic milieu of high school—and because it was on the WB network—people tend to talk about Buffy as a coming-of-age story. But the show’s real artistic achievement was in its flat rejection of the notion we can ever come to know ourselves, much less someone else.

Unlike most teen dramas, Buffy wasn’t a narrative about finding an identity; it was always about having a lot of them. Okay, sure, Season 1, with its mean girls and first dates and cheerleading tryouts, was a straightforward dramatization of the trials of young adulthood. (No social problem was ever so great that it couldn’t be fixed, however improbably, by killing some vampires.) But as the show progressed, and the Scoobies coped variously with sordid pasts, spells gone wrong, and a horrifying spectrum of abusive boyfriends, its moral universe grew more complex. Identities and alliances shifted and relationships grew ever more muddled as evil—no longer relegated to the Big Bad in the basement—was embodied by familiar faces.

On Felicity, “a new version of you” meant that you got a haircut or switched majors. On Buffy, it usually meant that you were operating under the influence of a malevolent spirit, spell, curse, or hypnotic trance. Frequently, characters were demonically possessed, supernaturally compelled, or otherwise not themselves. Doubles abounded: Angel and his alter ego Angelus, Buffy and her “dark mirror” Faith, Willow and her murderous “kinda gay” doppelgänger, Buffy and the Buffybot, the two Xanders. Life on the Hellmouth required a certain amount of flexibility. You might, for instance, spend 19 years of your life as an only child, only to one day find you have an annoying little sister that monks made out of mystical energy. At any given moment, you might turn into a rat, a demon, a werewolf, or a lesbian. In Sunnydale, no one was ever what they seemed, and by the time you’d figured someone out, they had already turned into someone else.

The problem of identity came to a head in Season 4, when (not for nothing) the Big Bad was an existential Frankenstein figure named Adam. One by one, the central characters went through their own identity crisis. Having been stripped of his station as a Watcher and a librarian, poor Giles played sad guitar at open mic nights. Buffy, in a bid to redefine herself after killing Angel, slept with a womanizer whose bad behavior she couldn’t redress with a sword to the stomach. Oz boffed some werewolf on accident. (Then, whoops! He killed her.) Willow found herself in a delightful, witchy same-sex relationship, Spike started helping the good guys, Xander switched jobs every week, and Anya tried to adjust to life as a human after hundreds of years as a vengeance demon. While remaining a tight-knit group, the Scoobies continually surprised themselves—and each other—with their capacity for change.

As a culture, we place a lot of emphasis on the coming-of-age story, as though it’s something that happens just once, early in life. The series finales of teen dramas tend to perpetuate that myth by suggesting that we emerge into adulthood somewhat inexperienced, but more or less fully formed. How many series end with the female lead finally (“finally”) locking down her soul mate? In 2002-2003, during Buffy’s seventh and final season, both Dawson’s Creek and Felicity fast-forwarded into the future to assure us that Joey ended up with Pacey and Felicity ended up with Ben. Meanwhile, in her finale, Buffy lost not one but two boyfriends and also saved the world, no big. Like most of the show’s episodes, which eschewed cliffhangers or closure in favor of stopping on a quiet, awkward beat, the series ended on a moment of silence as our heroine was asked to contemplate her future. What would Buffy do next? Even she didn’t know.

Over its long (and admittedly uneven) run, the show itself played with the notion of identity. The magic of Buffy was not just in combining influences as diverse as John Hughes, classic horror, Broadway, and comic books, but also in its ability to dip into straight genre—as in episodes like “Hush” and “Once More, With Feeling”—and still seem utterly like itself. Joss Whedon is known as (among other things) a champion of nerd culture, but his biggest contribution has been in demonstrating that teen drama (one of the most maligned of all genres) was sophisticated and capacious enough to accommodate rigorous emotional honesty, offbeat humor, and instantaneous shifts in tone.

Coming-of-age stories tend to portray young adulthood as a time when we “find ourselves,” whatever that means. But that model ignores the fact that, for better or worse, the very stuff of our selves—our personalities, our preferences, and even our core values—has a remarkable capacity for change. Our task is to make sure that some semblance of self stays intact as we age. It’s hard because we tend to renounce our Past Selves (those haircuts!), and we have a hard time envisioning our Future Selves at all. In real life, this proliferation of selves can cause continuity problems. (Certainly I don’t recognize the Me who once owned a pink pleather skirt.) On Buffy, despite the limitations of its 45-minute format, the characters juggled multiple versions of themselves all the time, constantly grappling with the contradictions, anxiety, and consequences surrounding who they had been, who they were, and who they would become in a surprisingly cogent way.

After floundering for a time, most of Buffy’s contemporaries (Felicity, Rory from Gilmore Girls) found themselves by the time they graduated college. However much I loved those shows, their journeys did not speak to me. The life of a vampire slayer—gritty and exhausting, with bouts of immaturity, ill-advised romantic entanglements, and the occasional need to kill an evil bug—is the one that I actually recognize, the one that maps onto some semblance of life. It’s a model that makes just as much sense when you’re 15 as when you’re 35, because who ever actually figures it out, really?

The thing is, Buffy was never about a girl coming of age. In her universe, as in ours, no one ever finds herself, at least not for long. With its relentless parade of Big Bads, demonic possessions, and fug leather pants, Buffy shows us how to face life’s central challenge: accepting the monsters we have all had to be, and those we have yet to become. 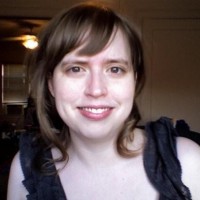 Kim O’Connor is a freelance writer who lives in Chicago. Stop by Twitter to say hi or find out more about her other writing projects.