Arthur rested his chiseled jaw on his large, rugged hand with an air of effortless masculinity before launching headfirst into his nightly review of this particular case, his favorite.

It’s surprisingly easy to keep secrets from the FBI, he’d discovered, but only for those who were trained to find them. A mislabeled file here, a vague threat assessment there, and nobody questions a completely unnecessary full-scale investigation. He didn’t mean to abuse his power, though combing through her file always gave him a dark thrill. He knew it should’ve been another hand-wave, another brief note on an otherwise routine report about how when Case 91622-F was recorded saying “Fuck Obama, though,” she was another harmless nobody expressing frustration at a figurehead, not a terrorist. But when he heard that, he could just imagine her, bosoms heaving with indignation, and he knew he’d spend a fair amount of time with her personal information.

She did not need monitoring, but as he found himself poring over the rest of her search engine usage, he felt that she merited it.

“I feel this very strongly. I mean, if you were surrounded by all that decadence, you’d buy into it too, but he has a surprising amount of self-awareness. And he’s, like, actually funny! I’m just saying, I’d definitely let Scott Disick impregnate me.”

The former captain of his high school (and university) football, baseball, lacrosse, and rugby teams had never known jealousy like this in his life. His dress shirt was nearly bursting with the heft of his anguish. He knew that Case 91622-F would reasonably never cross paths with Scott Disick, but just to be sure, he flagged the reality star as well.

Arthur had never actually seen Case 91622-F, had avoided all security footage of her building, but he assumed she looked fetching with bangs even while drunk and sweaty. He didn’t have any particular aesthetic in mind, but he hoped she wore yoga pants almost exclusively.

He stood up from his desk to take a break, and went to the kitchen of his modest yet tasteful bachelor pad. His apartment was well-furnished yet clinical, lacking the sort of comforts that only come with a shared space. He rested his long, powerful body against the fridge and wondered what it was going to be like once he wooed her. She sounded messy, to say the least, but he would look past that. He wondered if she’d buy a spice rack. He’d always wanted someone to share a spice rack with.

He knew this wasn’t sustainable, really, that someone with a higher rank would eventually notice how much time he spent with an ostensibly harmless file, but he really couldn’t help himself. His entire career before this had been an exercise in maintaining professional distance, in analyzing the lives of others coldly and emotionlessly to protect the nation he loved so fervently (and sexily). But he was beginning to find a new love in Case 91622-F, a confusing and faceless love that clouded his normally impeccable judgment.

Arthur fantasized about her often, but generally his reveries were brief: They would bump into each other accidentally, he’d just know, and perhaps he’d buy her some tacos after finding an excuse to remove his shirt. Foolproof. She was apparently local, so it wasn’t even that much of a stretch.

Stretch, that reminded him. He needed to do his lunges.

Poor Casey (he’d come up with that nickname in what he considered a fit of brilliance). It seemed that she was already having A Day, given that these searches were made right on the heels of an angry voicemail from her landlord. Arthur had already seen evidence that she was chronically late where rent was concerned, but this month seemed particularly rough. Her account activity was almost nonexistent, but she still managed to go into the red.

Throughout the entire time he’d been following her file, her phone logs were completely devoid of any parental calls.

He ran his fingers through his lustrous hair. There was a coffee shop nearby that needed a barista; he knew that. It was close enough that she could bike there (earlier this month she’d spent three days straight looking for bikes on Craigslist, settling on a little red Raleigh) but far enough that she may not have seen the “Now Hiring” sign in the window. Arthur had always liked the look of the place, and even when it was busy the employees seemed to genuinely enjoy themselves. It could be perfect.

He knew that following her every online move was already a big no-no, but he had always drawn the line at actual meddling. He did not want to do anything that could have a real impact on her life until they’d had the opportunity to meet for real, in a non-orchestrated way. He wanted to help her, but couldn’t come up with a way to let her know about the job without overstepping the boundary he’d set for himself.

An anonymous letter in her mailbox? No, he’d be invading her space.

A call to the coffeeshop? That would be even worse. How would he find an excuse to give them information he wasn’t supposed to have in the first place, information about someone who was legally supposed to be a complete stranger to him?

He buried his preternaturally handsome face in his hands. She clearly needed a job. He knew of one that could fit into her life. If only there was a way he could tell her about it without actively interfering.

Arthur flew out of his chair and started pacing around with renewed vigor. Craigslist! He knew she used it; he’d seen her click on job listing after job listing, sending résumés into the void to be met only with poorly-spelled invitations to threesomes.

He drafted a perfunctory posting, giving only the coffee shop’s address and phone number with “Barista Needed” in the heading. He waited until she’d logged some activity, and then put it up. He kept waiting.

He re-posted every few hours until she finally clicked on it, e-mailed a resume with a delightful cover letter (she had experience in the field, just as he’d hoped!) She was qualified, personable, and absolutely someone he felt should get an interview, at the very least.

Weeks later, Arthur walked by the coffee shop with purpose, unsuccessfully attempting to ignore the absence of the “Help Wanted” sign. He hadn’t looked at Case 91622-F’s files since his quest to find her a job, since he knew that he was willfully launching himself down a slippery slope. It was difficult, but (he felt) necessary to let that particular case go.

Visions of spice racks were fading in his mind, until he saw the light post at the end of the block. A little red Raleigh was chained to it.

Arthur was suddenly craving a latte. 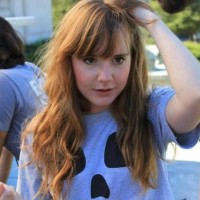