It Is I, The Part of Your Brain That Wants to Speak With an English Accent

Hullo, old thing! Been a frightfully long time. Don’t suppose I’ve seen you since that school play in sixth grade. Sixth form, rather. Well done,  by the by, simply a smashing performance. I truly believed that we were Sherlock Holmes, standing in front of that classroom, our pipe full of bubbles, just like in the cartoons . . . Ah, were we ever so young? And quite the deduction, finding the Blue Carbuncle after all it had been through!

Of course I’d almost forgotten about that time at summer camp, when your fellow pupils assumed you were a foreigner because your t-shirt didn’t advertise some sort of monstrous-truck or a carbonated drink. And of course you were doing a bit of an Alec Guinness impression to pass the time. Odd sorts, those chaps. Rather rough-and-tumble.

And of course, being at university together! I recall having quite a nice chat with that rather comely sophomore. Quite a rogue’s gambit, pretending you were from Eton! To think that she’d actually been there! I was as surprised as you were.

Oh, please don’t turn away, I meant no offense. It’s just I haven’t seen you in so long, not since you tried that very proper pronunciation of “aluminium” and “basil.” Tea?

Yes, this is a new waistcoat, thanks frightfully for noticing! Just back from Savile Row. The lining is a Union Jack, and there’s a small pocket for snuff, (medicinal purposes, of course). Care for some? No? Right-ho, then, not to say pip-pip.

I remember the good times, when we watched PBS together. Someone was always dying somewhere, and there was always some very chipper music playing as someone of the proper caste was off to solve the crime!  Remember those shots of the English countryside, which very properly had to be filmed, as opposed to the indoor scenes, which was video-taped? Smashing. Gorgeous. Smashingly gorgeous. The lush and verdant gardens of Britannia, brought to her former colony through the miracle of the televisual screen! Marvelous.

Perhaps we could play some cricket? I have bats, stumps, gloves, and the nine-and-twenty hours required to play!

Remember how we discovered P.G. Wodehouse together and started fancying a life of monocles and gin, to say nothing of the gin-monocles? My word! Jeeves seems to have given our newest cravat to Cousin Eustace! What’s the meaning of all this? I’m sure he means well. . .

I sha’n’t take much of your time. I know you’re terribly busy, but if you can’t speak with an English accent, perhaps you might begin spelling with one. I mean, do you really intend go on spelling connexion with a “c” and a “t” for the rest of your life like some sort of lunatic?

And this business with the full stop after Mr and Mrs; it’s beastly, really.

Please don’t go! I get so lonely here in your subconscious, it’s ghastly isolating. I haven’t anyone else to talk to, except for the part of your brain that wishes to laugh with a French accent. I hardly ever see him anymore. And I seem to be shrinking by the day. Not that I mind: stiff upper lip and all that. White Cliffs of Dover. God and country, pour the milk after the tea.

I have so many questions about the outside world! Is that show still on the Beeb? I can’t seem to recall the  . . . oh yes, Downton Abbey! What fun that was, all the characters being alive. How I worried that the dignity and forbearance of the abbey might fall into the hands of that unscrupulous Irishman! Let us speak no more of this.

Can I tell you something rather serious?

Not too much trouble?

Well then, I’m afraid I must tell you something rather serious. You see . . . If you don’t employ me at some point, in some fashion, during the next month or so, I shall succumb. Come to a sticky end. Hop the twig. Take the Bakerloo line. Daytrip to Elephant and Castle. Last stop for Cockfosters.

I fear it is rather serious. But you can help. I have a list of phrases that I would like you to keep in your mind. These are terribly important. I think you’ll recall them from your repeated childhood viewings of My Fair Lady and Masterpiece Theatre. These phrases are:

Bit of a cock-up

Spanner in the works

Also if you could pay a visit to Lady Wickham, I would be most grateful.

No, that is not a euphemism, Lady Wickham is an old friend, and I don’t care for your insinuations.

Well, then! If you would be so kind as to join me for a slosh of tea, preferably in public, pinkie outward facing the elements, everything will be tickety boo. God save the queen! 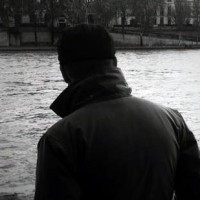 Evan Johnston is a writer and designer who currently illustrates Tables for One. Find him on Twitter.