On Reading Fangirl and Being One

I’ve gotten lost in books for as long as I can remember, from the shifting staircases in J.K. Rowling’s Hogwarts to the breathtaking scenery of Spain in Beth Kephart’s Small Damages. Hovering above these worlds like an addicted reality-show viewer, I was invested but always remained an observer. These fictional people were interesting, and I could learn from them, but I couldn’t compare my life to theirs as effortlessly. In Rainbow Rowell’s Fangirl, Cath Avery’s transition from high school senior to college freshman reminded me of my own post-secondary journey so much so that I felt like I was this character. I  kept asking myself questions throughout this book: “Has Rainbow Rowell been stalking me?” and “Why haven’t I read more novels like this?”

Some context: like everyone, I wasn’t popular in high school. Popularity wasn’t some objective concept held by a few (attractive and athletic) individuals everyone knew automatically, as though stepping into the school’s halls would have had their names encoded in us. We did have our politician students who treated us like they were trying to secure a vote for something that never existed, or the kids whose names we couldn’t shake because they were involved in public activities such as musicals and wrestling (our football team was always in a “re-building year”). Mostly we were just kids in the same place for four years who hung out with people we liked.

I had a great group of friends and countless Facebook acquaintances, thanks to the ridiculous number of clubs I joined. I was the good kid, who played the role of older sibling well, and preferred a good book to a party any day. I had my crushes (some lasting a whole 75 minutes of class time) but boys had always been in the periphery, with University slowly coming into sight, bringing the promise of the “real world” along with it. Soon the fall of Grade 12 morphed into the autumn of freshman year of York University. I was determined to make my mark but just as scared to start somewhere new.

It was a difficult change.

Academically, I was doing well. Emotionally, I felt isolated, anxious and confused. I made lecture-hall friends who would become one of the sea of faces once time was up but genuine friendships were difficult to replicate the way I had in high school. I didn’t join clubs because I was obsessed with doing well and making sure that the grants and loans that were given to me weren’t done so in vain. I tried looking for a job so I could help relieve the pressure of having to depend on my parents, who I lived with and who still had three younger children to take care of. My parents believed in family helping out family so I recognize the privileged I held, knowing that I really didn’t need a job, but I was the eldest. We were first-generation Canadian, so the guilt of taking so much from people who sacrificed everything for me was an added stress.

I made up a routine for myself where I would go to my classes and hurry back home once they were finished to get schoolwork or reading done. I became a hermit and fell into the commuter trap that everyone warned me about at orientation. I didn’t feel like the adult I was told I was but was well past the point of returning to my safe and comfortable teenage years.

That first year finally ended and I got a summer job. I still felt like I did before but I tried putting myself out there. I got a job in the winter term on campus, volunteered to help scan old literary journals into PDFs, and started a book blog. I still had my lecture-hall friends but I made sure to hang out with my high school ones whenever I could, because they were going through the same struggles. I became genuine friends with some writers in the city.

Forward to another year later where I’d get an advanced reader’s copy of Fangirl from the BookExpo of America in New York City. While others gushed over the fan fiction portion starring Simon and Baz, I was fascinated by the pages where Cath dealt with her struggles in college. I could relate to the closeness she had with her family as well as the way she worried about her twin sister, Wren, and her father. Her relationship with Levi and Reagan reminded me of the college friends I had made.

Most importantly, Cath’s discussions with her professor over fan fiction and writing mirrored my own. In Introduction to Creative Writing, I had to prove to my professor every week that I could cut it by writing literary fiction. I had to write stories that were about everyday life because that was what he was interested in and not the fantastical things that I enjoyed sinking into. Those red marks all over my page felt like paper cuts to my self-esteem.

My hands quiver, my heart pounds and I start to tear up while recalling my first year in University. My personal life and this book are fused on a molecular level, so separating the two feels not only difficult on my part, but impossible. I enjoyed the dystopic world of The Hunger Games and the fairytale retelling of Cinder but I have never read a book that had caught the sound of my own gasps and wrote into the story. 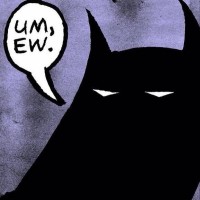