The Plight of Mrs. Beattie

I recently discovered the joys and frustrations involved in digging through old archives – frustrations, for example, like too many files, indecipherable handwriting, and constant sneezing; joys like reading the stories of everyday people from decades past, days upon days spent reading in solitude, and — most importantly — accidentally discovering old-timey mysteries.

I’ve left the archives now and returned to my pedestrian life as a grad student, but the story of Mrs. Beattie keeps sticking in my mind even a month later. Unanswered questions include:

In 1967, the Liberal government of Canada opened an official federal inquiry into the status of women in Canada. The result was a 500-page report released in 1970 — now available in hardcover — that tells you everything you need to know about the grievances with patriarchal society that middle-class women expressed between 1967-1969. Canadian women from “all walks of life” were in fact encouraged by the Commission to write to in with these experiences, and about 1,500 women, men, and organizations took advantage of the opportunity. Some women were clearly dying for a stage upon which to tell their stories, and the surviving letters are often fascinating.

There are some letter writers who feel women should be allowed to go out to work, but only after their children reach a certain age.

There are some letter writers who have never married and are wondering about whether they’re going to receive a pension when they are pushed out of their jobs at age 45, which was the standard age of retirement for women in the 1960s.

There are some letter writers who believe a woman’s place is in the home, but who believe they should be compensated for their housework by way of government stipend.

One woman writes to tell us that society is “sick, sick, sick,” which seems clear from her dreadfully homophobic rant.

Then there’s the representatives from the menfolk who are all too keen to get their two cents in — like G.V. Pelton, Q.C., LL.B., who believes that “the Commission should recommend a movement ‘Back to the Hearth’ with a view to returning more matrons to the home,” and that “the image of the Canadian woman should be presented as one whose price is far above rubies, and the heart of whose husband doeth safely trust in her.”

There’s that one letter that is written in different colours of crayon, for which I think we can also safely blame the patriarchy.

And then, of course, there’s Mrs. Beattie.

Mrs. Beattie’s letter begins not with the usual polite ‘I write to you, Commissioners, with great concern’ that many of the other notes offer. Mrs Beattie instead opens with the sort of remark that I imagine struck fear into the very hearts of the Commissioners:

“This is one of the cases you will hasten to sweep under the rug.”

One’s eye drifts to the top of the page, where the Commissoners have hastily scribbled: ‘bitter letter against Liberal government.’

Mrs. Beattie’s letter details an elabourate conspiracy, instigated by the federal government of Canada, that ultimately found her husband dead in New York after he was ousted from government, and which left her and her son destitute.  The government was not only responsible for her recurring unemployment, but owed her $165,000 in 1921 currency.

It also seems on first reading to be completely loony.

It all began, Mrs. Beattie tells us, shortly after her husband’s mysterious death: “The worst years were the twelve following my arrival in Ottawa from B.C. in 1925 when a liberal cabinet minister from B.C. … did not want me to obtain employment … and used his staff to that end.” This minister, Mr. P., even phoned Mr. Lewis at the Income Tax office to apprise him of the conspiracy, she notes. Mr. Lewis, who “must be dead by now,” Mrs. Beattie notes, shared the information about this phone call with her at great risk to his job.

Mrs. Beattie letter then details how that same minister forced her out of her job at Parliament, banned her from the area, and how he then began publicizing that he was “afraid ‘she might just shoot me’.”

Fortunately for all involved, Mrs. Beattie “had other ideas.” She “hastened to Geneva,” where she finally found employment as a stenographer. She would never have left Switzerland, she says in her letter, if her “roots” hadn’t called her back to Canada; and there she was again by 1968, in plenty of time to hear the Commission’s call for letters of grievance.

“Well, most of those concerned are now dead,” she notes conversationally, “and I do say goddamn their souls and I hope they are sizzling in hell if there is such a place.” She concludes, “From this you should be able to gather that Canada has no Status for Women and Liberal Governments no consideration at all for them.”

I likewise copied into my notes: ‘bitter letter against Liberal government’

And then I turned the page.

On what appears to be official governmental letterhead, a communique from 1955 tells a story about how, in 1921, one Mr. Robert Beattie was elected to the House of Commons, only to resign by the Prime Minister’s request so that the seat might be filled by a ruffian of a Minister, Mr. P. — the very same that our Mrs. Beattie was complaining about.

If Robert Beattie resigned, the communique claimed, he was to receive $165,000, paid in 1921 currency, from the sale of a house purchased by the Harbour Authority. He would also be given a position in the Senate as soon as there was a vacancy (Senators are appointed in Canada), so, clearly, this was a pretty sweet deal.

But things did not go as planned: “There was a succession of political frame-ups against the resigning Liberal, designed to smear him and thus compromise his eligibility for the Senate appointment,” writes a representative in the House of Commons. “To prevent the successful sonsummation [sic] of the final one of those frame-ups the resigning Liberal fled into the United States … where on May 5th, 1925, he died.”

“Shortly after that event,” the communique continues, “the waterfront deal went through, but the Liberal victim’s wife was deprived of the $165,000 that was her deceased husband’s share.”

“Since Mrs. Beattie’s destitution would appear to be a result of regrettable political occurrences in the Liberal Party, would it not seem possible … that the Liberal Party take adequate steps to provide Mrs. Beattie with a home and an income to comfort her throughout the remaining years of her life?” asks the 1955 letter.

The Office of the Prime Minister appears to have replied the next day: “I can assure you that her story was drawn to my attention a good many times over the last several years and I now have a thick file on the subject,” reads the annoyed reply. “I am sorry to have to disappoint you … but I must be frank with you and tell you at once that I find myself unable to do anything whatsoever for Mrs. Beattie.”

45 years after Mr. Beattie was asked to step down from Cabinet; was promised $165,000; was driven from the country; and after his wife had been hired and fired repeatedly from the federal government as a result of these misdeeds — Mrs. Beattie was still writing bitter letters against the Liberal Party.

The Commission for the Status of Women replied very thoughtfully, and regretted that they could not handle her case as it was outside the purview of their inquiry.

We are left to doubt very much that Mrs. Beattie ever got her money.

“Politics are cold blooded and thankless and there is no friendship in politics,” wrote Mrs. Beattie. “I’ve seen it happen and I’ve learned the hard way.” 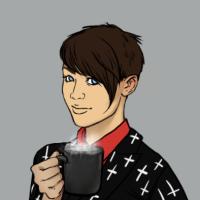 Leigha Ariana is stubbornly chipping away at her thesis in women’s history, and sometimes writes television meta on Tumblr.