Pamela Dean’s Tam Lin and the Pleasures of Reading

My friend Jane handed me her copy of Pamela Dean’s Tam Lin (1991) fourteen years ago, on top of a stack of Sandman comics. She was headed to a semester abroad in Scotland, worlds away from our Midwestern university town. As she handed the book to me, Jane said, “Thomas Lane is the perfect man. But you’re going to wonder why Janet spends so much time talking about her bookshelves.” Jane was three years older than me and she had long red hair. I wanted to know what she knew.

Tam Lin is a campus novel, a coming-of-age story, and a Victorian ghost story. The book is weirdly, woefully structured: the story takes place over four years, but the first year takes up almost half the book. Why does Janet spend so much time talking about her uneven bookshelves? Characters come off as either incredible literary savants, able to quote Milton and Keats at the drop of a hat, or obnoxious pedants. I still can’t decide. No one can (the “Most Helpful Favorable Review” on Amazon begins, “I loved it, but you might not”.) You either read this book and want to be an English major in an idyllic little town forever, or you want to run far away from these creeps and watch TV for four days straight. There is no third option. The way you feel about Tam Lin might also say something about your relationship to literature / the literary canon / higher education / fairy tales. And after you finish this book, you have to go read some more books.

The story is a retelling of the medieval Scottish “Ballad of Tam Lin,” and a love story between undergraduates Janet Carter and Thomas Lane. “Tam Lin”—Dean refers her readers to Volume I of Francis James Child’s English and Scottish Popular Ballads, and a copy is printed in my battered edition as well—is about a woman’s fight against the Fairy Queen’s attempt to abduct her lover into the underworld. Dean’s version is set in the 1970s on the campus of a Midwestern liberal arts college called Blackstock (modeled on Carleton College.) The Fairy Queen is a classics professor and Blackstock—a beautiful, verdant land where nothing changes—is her underworld.

Although Thomas Lane might actually be the perfect man, Blackstock is the real love interest of this story. The school is the picturesque ideal of what a liberal arts education should look like: rolling hills, fields of flowers, quaint brick buildings, a vibrant cultural scene, and lots of lore and tradition. It’s a sort of Midwestern Hogwarts.

While there are references to other places and to contemporary events—Janet is grateful for the Supreme Court’s recent ruling on Roe v. Wade, the text seems dimly aware that something is happening in Vietnam, Janet’s roommates hail from Chicago and Pennsylvania—Janet herself doesn’t leave the state of Minnesota for the entire narrative because Blackstock is her boyfriend.

At Blackstock, the weather is always doing something poetic and everyone is crying at productions of Hamlet, fighting over a bust of Schiller, or reading cosily in their rooms. Wouldn’t you love to love her?

Some of the students at this campus just happen to be a group of actors from Shakespeare’s Globe (it takes awhile to figure this out because everyone in college in the 70s wore flow-y shirts). They’ve been at school for a long time (it’s their blending-in technique, sort of like the Cullens perpetually attending high school) and they also have the fantastic memories required of Shakespearean actors, so they perpetually quote Shakespeare and Milton at each other. When I was sixteen, I thought college would be like this and tried to prepare myself to keep up with such banter as well as Janet does (after a week, I realized I needn’t have worried).

This partly exciting, partly exhausting intertextuality is Tam Lin‘s defining quality. Characters interact through oblique literary references from a variety of genres, including science fiction, Augustan satire, and Greek tragedy. They mainly talk in Shakespeare, though:

“‘Will you talk sense for once!” said Janet, losing all patience.

‘Sir, said Robin…’I cannot. Cannot what, my lord?’ he apostrophized himself sharply, as Rosencrantz had spoken to Hamlet. ‘Make you a wholesome answer,’ he said mournfully, as Hamlet. My wit’s diseased.’ He reverted to his own expression, and looked hopefully at Janet.

‘Oh, go away!’ said Janet. ‘You’re enough to try the patience of a saint. Leave me alone. I’ll see you at supper. Don’t say it!‘ she added furiously, as Robin seemed about to add some of Hamlet’s observations about Polonius and the worms, which would, to a grasshopper mind like his, have been amply suggested by the word ‘supper.'”

There’s a hint of awareness of how ridiculous it all is when one character, watching a pair conduct a conversation entirely through quotations from The Merchant of Venice asks, “After we take Shakespeare next term, will I be able to do that?” There’s another wonderful moment when Janet is in the throes of existential crisis and seeks out a copy of The Waste Land. It’s a pretentious form of therapy, but Janet finds so much enjoyment in the literary allusions and, 90% of the way through this novel about literary allusions, I am totally with her when she gets to the line “These fragments have I shored against my ruins” and blurts out loud to the silent library, “You said it.”

The text offers both syllabus and metacommentary (and includes some fantastically judgemental literary snark: “‘I love Agatha Christie.’ You would, thought Janet.”)

For better or worse, this book is bait for lit majors, and may be partially responsible for the influx of qualified humanities PhDs in a lousy job market. This is largely Janet’s fault. Her father is an English professor at Blackstock (of Romantic poetry, what else?) and she plans on taking over his job after he retires and even has her nice little Victorian house in town all picked out (this girl really doesn’t want to leave Minnesota.) As a professor’s kid, I empathize with Janet’s faculty brat precocity and Dean’s sensitivity to her position (when a professor says her name “without either consulting the list or looking as if he had ever seen her before,” I breathe a sigh of relief for her.)

Janet is also, often, eye-rollingly awful. Some girls in the dorm offer her weed and she condescendingly tells them that the Stoppard play she’s been to that night was quite enough excitement. (They get her back by calling her a Puritan, which she deserves.) She obsesses over minor flaws in other people’s characters and is incredibly nosy about everyone else’s personal life; she’s the drama queen of her insular world. (She would have been crushed like a bug at a big state school). But I find myself ready to forgive her because of how very apparent these flaws are to her, and to other people (and it doesn’t help when her boyfriend tells her he’s considered sleeping with her frenemy).

Her obtuseness is often a mystery to her; something else to which I can readily relate. And she does eventually learn to give other people a break: she and her roommate Christina never really get along, but they come to rely on and appreciate each other.

Upon re-reading, all this intertextuality I’ve been vaunting comes across as mightily heavy-handed. There’s no real reason for Hamlet to pop up on every other page. Thomas Lane is the perfect man, but he—along with most of the male characters, actually! Discuss?—is also really irritating for most of the book. I’ve always been extremely ambivalent about the ending, because I feel that Janet herself is extremely ambivalent about the ending, in which—spoiler alert—she decides to keep an initially unwanted pregnancy after an anticlimactic showdown with the Fairy Queen. There’s also a pretty big hint that the Fairy Queen is going to come for Janet’s child in seven years, but it’s cool because at least Janet doesn’t have writer’s block anymore. This book has, however, stayed with me through the years. I still have Jane’s copy (I sheepishly Amazon-ed her a new one years ago). The front and back covers have fallen off and are wedged in between the crumbling pages. I also have a library acquired from book fairs the summer I first read Tam Lin: Eve of St. Agnes (all the Keats, really), Marat/Sade, Dorothy Sayers, John Donne, and The Lady’s Not For Burning.

To me, Tam Lin‘s most interesting move is to foreground the rewards of a life spent reading. Eighteenth-century satire and Elizabethan verse and Greek lyric poetry are immediately relevant to and influential upon the characters’ lives and thoughts. It’s taken for granted that Chaucer is just as entertaining and enlivening as Haldeman, that murder mysteries and pot boilers deserve serious critical consideration too, and, above all, that difficult texts reward the effort it takes to engage with them. Tam Lin takes fiction so seriously that when the Fairy Queen turns out to be real, no one seems all that surprised. After all, why wouldn’t the stories be true?

Watching Hamlet with Janet and friends

Secrets of being a lit professor: you can get away with complete ignorance about two fields (for Janet’s father, it’s Jacobean drama and modern poetry). What are yours?

Birth control in the 1970s: will you make throw up

How many 18-year olds do you know who regularly write sonnets and appreciate bagpipe music? 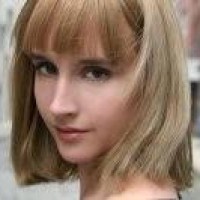