There were five of us. One was a little embarrassed; she was the only one who really had other friends. One was cheerfully uncomprehending, but happy to be involved with the group’s latest obsession. The rest of us were devoted to whatever short-lived passion struck us at the time. It was December 2001, and The Lord of the Rings: The Fellowship of the Ring had just been released. We weren’t put off by that grandiose, sprawling title, being, as we were, fifteen and deadly serious about things. Or by the almost three-hour length of the film. Between us, we watched it maybe twenty times (although most viewings were shared, of course.)

Our local cinema was cheap and you could tell. Our feet stuck to the floor as we walked in, we picked popcorn off our shoes and out of the sides of our seats – worn red velour with shiny patches. For £2.50 we could watch the film again, and again, surrounded by snacks and giggling, a good chunk of a yawning Sunday afternoon dealt with, and an excuse to be together. It was winter so we couldn’t go to the park or wander around Camden Market avoiding eye contact with boys.

Lunchtimes we sat in the classroom. No one wanted to be in the playground in the cold, and there was nothing to do. We sat in the corner, pushed the grey tables together and ate our sandwiches. One day one of us brought in a video of an interview, recorded from TV, with the Lord of the Rings cast. Some of us went and got the TV, basically a wooden cupboard on wheels with an enormous cathode-ray television-VCR behind its doors, more commonly used for watching documentaries about 1066 when the history teacher was hungover. We wheeled it into the classroom and watched the video, rewinding and rewatching the bit where Orlando Bloom laughed nervously. We thought he looked a bit weird without his long blond hair and elf ears. There were other girls in the classroom, but they’re not in our memory. Evidence suggests they were surprisingly tolerant of us, or that our bubble was just impenetrable.

We weren’t really concerned with details. None of us read fanfiction, or tried to write in Elvish, or learned the favourite colours of the actors. We just watched the film – over and over – and looked at pictures of Legolas and (to a lesser extent) Aragorn, and said things to each other like ‘This task was appointed to you, and if you do not find a way, no one will.” We also got quite good at reciting Galadriel’s opening monologue in increasingly portentous voices. (We were mainly about the films, not the books. We did however make a special after-school trip one day to buy our own unwieldy 3-in-1 tie-in copies of the trilogy, which we devoured, although we skipped the songs.)

The best document of our obsession is the notebooks we received for our birthdays from a peripheral friend, the covers collaged in pixelly print-outs from the film. Inside are the excruciating notes we wrote to each other during long days at school. How we kept these books out of sight during Geography or Maths lessons is a mystery – they are large and brightly coloured and we wrote in them with glittery gel pens, and our notes and drawings induced giggling of great intensity. Looking at them now stings, because some of us still contain so much of that earnest desperate self-consciousness. Enough of it remains.

Our parents were accepting, if bemused by the speed and fervour with which we could move from one thing to another, but adult influence was unimportant. It was just us, our miraculously solid circle, among a jumble of duvets and sleeping bags on someone’s living room floor on a Saturday night, still awake at 4am. We had so much to say to each other, all the time. We talked and talked, our words overlapping each other in their haste to be heard; we annoyed other passengers on the buses we rode to the cinema, but our words were always too important to wait.

School was a small, oppressive necessity, where outside lessons, adults spoke to us mostly to tell us to tuck our shirts in or keep our voices down. The school, appropriately enough positioned at the top of a steep hill, was all-girls, a fact we resented enthusiastically and were only a little relieved by. We each had a different kind of shyness, but these shynesses reinforced each other. Some of us would struggle, later on, when we had to interact with boys. Sometimes now we discuss whether we would have fared any better at a different type of school, less restrictive, more unforgiving. Would we have found each other, or people like us? Would it have mattered?

One of us bought the soundtrack and lent it to the others. We became so familiar with the transitions between tracks that we could predict them, and cheerfully admitted this to each other. We sometimes listened to it on a CD walkman on the bus, one pair of earbuds shared between two of us, the sound seeming stereo anyway. We talked about the holiday we’d take to New Zealand to see the sets when we were older. We would walk among the hobbit-holes and over the rocky hilltop where the Fellowship first appear as a group, to rising music. That was the bit on the soundtrack we skipped to most often.

The Lord of the Rings was a winter obsession. By the spring, school was almost over. Some of us had turned sixteen. Some of us decided to move to other schools for our sixth-form years, and some of us had started spending time with other friends, something no longer unthinkable. The film wasn’t in cinemas any more. (Also, Aragorn had started to look better to us than Legolas, especially the bit where he pinched out a candle flame with his bare fingertips. This was an adjustment to make.) The DVD version wasn’t released until August 2002, and that was much too late. We bought it, but more because we felt we should than because we had to. Some of us never took it out of its packaging. We just felt lighter, and older, and closer to escaping. 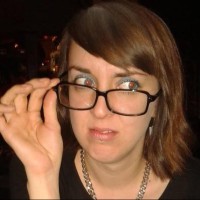 Nora is an aspiring teacher and aspiring writer in London, UK. Her ambition is to have a cat and a dog who are friends.