Harrison’s Outfits on Scandal: A Celebration

Shafiqah Hudson’s previous work for The Toast can be found here.

Like everyone and their mother, I watch Scandal with a devotion that borders on obsession (and frequently casually crosses that border.) I love everything about the show: the writing, the dialogue, and the endless, thrilling twists and intrigue that I sincerely hope resembles nothing that has ever gone on in Washington, ever. The whole cast is fantastic, especially the star, the unstoppable and always flawlessly stylish Ms. Olivia Pope (Kerry Washington): a force of nature.

Olivia always looks like she just stepped off of some celestial runway, where flyaways don’t exist, and nobody ever needs to use an iron. She also never seems to wear the same outfit twice – something I noticed very, very early on. This is an important thing to note, because, as observant as I am sometimes, four seasons in, I am only JUST noticing the peculiar evolving fashion whims of Mr. Harrison Wright (Columbus Short.) Harrison does to a basic shirt-and-tie combination what Pope & Associates does to the law. He is a living, breathing metaphor for his company’s general approach to business. And the weirdest thing about it? Just like with his firm, it works. It works. Every. Single. Time. 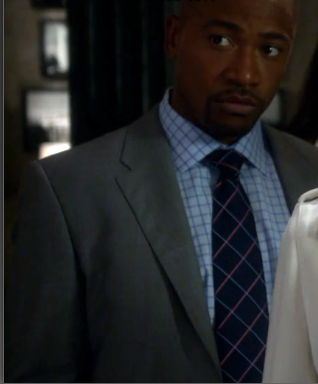 In Season 1, Harrison’s tailored suits–always black, navy or gray–were usually paired with unremarkable, but business-appropriate, collared shirts and equally unremarkable ties. It was cool. His job is to be a cool-headed negotiator, and the “smooth operator” duds reflect that. Following so far? Good. Now, check this out: 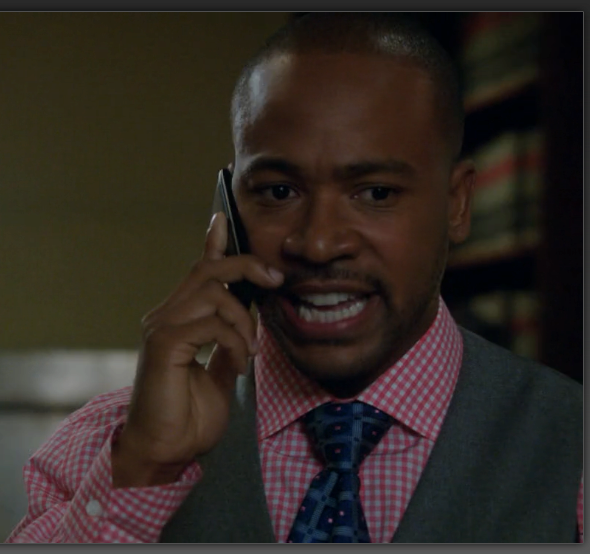 Now, get a good gander at Harrison here. Just about the easiest way for anyone to look pulled together is with neutral colors, no distracting patterns, and maybe a bright accent for the ever-coveted signature color “pop.” These are not MY rules. They are Fashion’s. Theoretically, nothing about this outfit should work! On paper, it is a flagrantly disrespectful illustration of one reckless individual’s total disregard for the rules of style. I mean, do you SEE the shit? Izzat…izzat GINGHAM? And the tie is just…it’s all wrong. ALL wrong. And…yet…it is sublime, perfection. Know what else shouldn’t work? Multicolored stripes and polka dots. Sounds wincingly bad, don’t it? 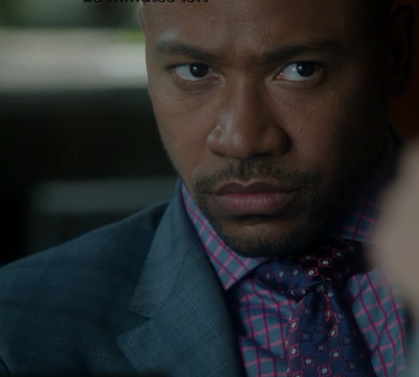 It’s not. At all. Something else that should be a flustercluck of fashion terrible: blue plaid, white circle thingies on a purple background, and a PAISLEY handkerchief. This is basically the fashion equivalent of the deep-fried Elvis sandwich. Gross, over the top, and impossible to make appealing: 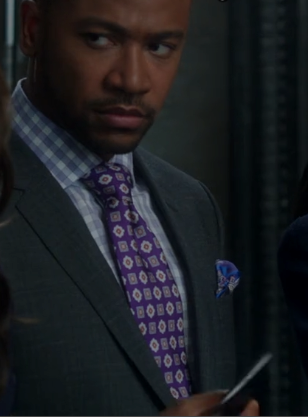 …Or so you’d think. And finally, I present to you an ensemble that should never have been conceived, as worn by Harrison Wright. Outside. In the daytime. In front of people. 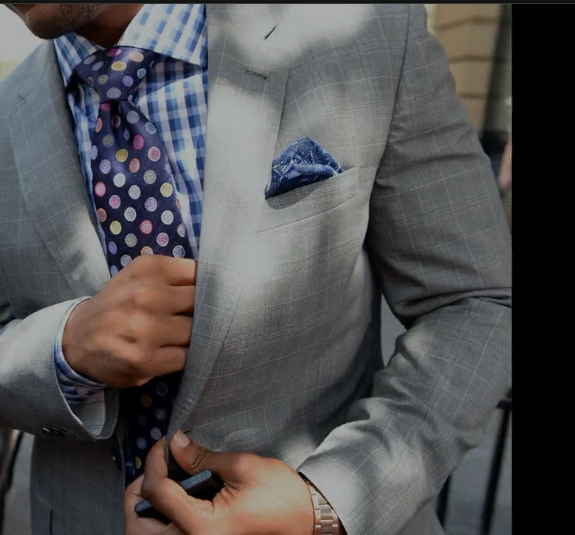 Polka dots, paisley, and not one but TWO different types of stripes. You know that outfit that no one wants to be caught dead in? This is it. THIS is that outfit. No one but NO one – dead or alive – on the planet should be able to pull this off. But there’s Harrison, rocking it like only he can. And it is for this reason that I am proud to proclaim that when it comes to the offbeat style and sartorial wizardry of Harrison Wright, I fully and unconditionally love it. Well played, sir. Well played. 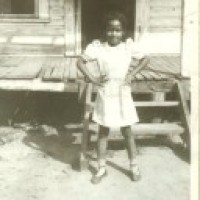 Shafiqah Hudson is a non-profit fundraising professional by trade, a writer by design, and a Pottermore addict by accident. When she isn't devouring a book, preparing ridiculously elegant food, you can find her at the beck and call of her temperamental cat. She lives in Philly.