Stan Sloane: Welcome back everyone to Mile High Stadium. We’re here near the end of a very tense fourth quarter, with the score tied 31-31 and the Denver Broncos on the march against the stout defense of the Chieftains of Kansas City. I’m Stan Sloane – former Pro Bowl QB – here in the booth with my partner Marcus Aurelius, Last Good Emperor of Rome. Marcus, it’s been a heated contest so far. What do you think the key is going forward for both teams?

Marcus Aurelius: Every moment think steadily as a man to do what thou hast in hand with perfect and simple dignity, and feeling of affection, and freedom, and justice; and to give thyself relief from all other thoughts. And thou wilt give thyself relief, if thou doest every act of thy life as if it were the last, laying aside all carelessness and passionate aversion from the commands of reason, and all hypocrisy, and self-love, and discontent with the portion which has been given to thee.

Stan: You heard it here, folks. Let’s head on down to the field. Broncos are on the 50 Yard line trying to inch info field goal territory. Two minutes on the clock. Manning takes the snap, hands off to Moreno. He goes up the middle and OOH he’s stuffed at the line by Dontari Poe. Whaddya make of that defense, Marcus?

Marcus: The art of life is more like the wrestler’s art than the dancer’s, in respect of this, that it should stand ready and firm to meet onsets which are sudden and unexpected.

Stan: 2nd and 10 to go. Manning takes the snap, drops back. He’s looking downfield… pressure’s coming… and he launches one to Welker down the sideline at the 30. Caught!  But oh no, it looks like a Kansas City player went down on the play. I think it’s number 21, Dunta Robinson. Looks like he’s pretty badly shaken up. Marcus – you’ve spent a lot of time in the trenches. What’s going through Dunta’s head right now?

Marcus: Pain is either an evil to the body–then let the body say what it thinks of it–or to the soul; but it is in the power of the soul to maintain its own serenity and tranquility, and not to think that pain is an evil. If thou art pained by any external thing, it is not this thing that disturbs thee, but thy own judgment about it. And it is in thy power to wipe out this judgment now.

Stan: It looks like Robinson is walking off the field under his own power – thank goodness for that. As play resumes on the field, Marcus, I can’t help but feel that Manning is really earning that big extension he signed during the offseason. What a comeback!

Marcus: Receive wealth or prosperity without arrogance; and be ready to let it go.

Stan: Er, right. Manning drops back for the pass – first and ten – he’s under pressure… still looking… he FIRES a pass downfield to Demaryius Thomas at the ten. Thomas has the ball, he slips a tackle, and another and… HE’S IN! TOUCHDOWN! Friends, this is the kind of play that makes you excited to be a sports fan.

Marcus: Different things delight different people. But it is my delight to keep the ruling faculty sound without turning away either from any man or from any of the things which happen to men, but looking at and receiving all with welcome eyes and using everything according to its value.

Stan: And it looks like Thomas has been flagged for unsportsmanlike combat for his excessive celebration after the touchdown. That’s going to set the Broncos back 15 on the kickoff. Once again the “No Fun League” strikes out at players showing emotion on the field. Look, I know the league wants to keep things professional, but in the heat of the moment boys will be boys, am I right?

Marcus: Begin the morning by saying to thyself, I shall meet with the busy-body, the ungrateful, arrogant, deceitful, envious, unsocial. All these things happen to them by reason of their ignorance of what is good and evil.

Stan: Well after the penalty Prater lines up for the extra point and… oh no, it’s been blocked. It shouldn’t matter at this point folks since there’s only 30 seconds left in the game, but in the right scenario that could be a game changer. Marcus, how does this affect the Broncos’ strategy on the kickoff?

Marcus: Let not future things disturb thee, for thou wilt come to them, if it shall be necessary, having with thee the same reason which now thou usest for present things.

Stan: And the Broncos kick off from their own 20 instead of the 35 – that means the kick should be returnable. And really must be at this point. With under half a minute to go in this game, the Chiefs are going to need a MIRACLE  to get a win in this one. Prater kicks off, high and long. It’s caught at the 25 by Quintin Demps. He’s running up the field, to the 40, the 50… looks like he’s running into some defenders… he laterals to McCluster…

Marcus: Be not ashamed to be helped; for it is thy business to do thy duty like a soldier in the assault on a town. How then, if being lame thou canst not mount up on the battlements alone, but with the help of another it is possible?

Stan: And as time expires Succop’s kick goes straight through the uprights! The Chiefs have won in an incredible comeback! I don’t believe it folks!… Marcus, you don’t seem in the least surprised. How can you not get riled up by this incredible ending?

Marcus: The perfection of moral character consists in this, in passing every day as the last, and in being neither violently excited nor torpid nor playing the hypocrite.

Stan: Well I for one will remember this as one of the greatest games I have ever been witness too, a thrilling clash of two champions in the arena of battle, full of twists and swerves and gladiatorial thrills. In fact I would not be surprised if this went down as one of the GREATEST games of ALL TIME!

Marcus: All things are the same, familiar in experience, and ephemeral in time, and worthless in the matter. Everything now is just as it was in the time of those whom we have buried.  All that thou seest will quickly perish, and those who have been spectators of its dissolution will very soon perish too. And he who dies at the extremest old age will be brought into the same condition with him who died prematurely.

Stan: And with those thoughts, we’ll kick it back to the studio  for some post game analysis from Seneca Wallace, Zeno Smith, and John “Epic” Tetus. 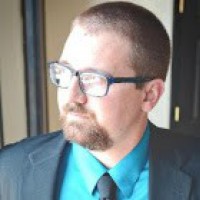 Asher Gelzer-Govatos lives in Tulsa, Oklahoma, where he corrupts the minds of future generations with the ideas of weirdos like Socrates, Nietzsche, and the Marxes (Karl and Groucho). He runs the culture site The Erstwhile Philistine, and has written for various other publications.