Trying to Have It All: The Story of Avis

on April 14, 2014 in Gentleman Scholar Sponsorship

Before there was Liz Lemon, there was Avis Dobell: devoted to her career, proudly single (for a while, anyways), lovably fallible, vociferously feminist, and trying to Have It All. (Unfortunately, Avis’s sense of humor isn’t as finely honed as Liz Lemon’s, but she makes up for it with earnestness.)

The title character of Elizabeth Stuart Phelps’s 1877 novel The Story of Avis is an aspiring painter in Civil War-era Boston, determined to eschew marriage and motherhood for a career as an artist. Unfortunately for her, she meets golden boy Philip Ostrander—he is literally described as an “amber god” at one point in the novel—who falls deeply and desperately in love with her. Some sexually fraught flirting goes down, but, scared of having to sacrifice her career, Avis does her best to scare Philip off. Her critiques of nineteenth-century gender roles are pretty pointed, as you can see from her solemn rejection of Philip’s love: “My ideals of art are those with which marriage is perfectly incompatible. Success—for a woman—means absolute surrender, in whatever direction. Whether she paints a picture, or loves a man, there is no division of labor possible in her economy.” Avis is really determined to Lean In to her art career—and in an era when reliable birth control was not widely accessible and women worked primarily within the home, it’s not totally surprising that she sees marriage and a career as mutually exclusive.

In the midst of the pair’s courtship, the Civil War begins to escalate, and Philip is off to battle. In a perhaps insensitive literary decision by Phelps, given the bloody devastation of the Civil War, the war becomes a running metaphor for Avis’s conflicted feelings about her love and her profession. Her internal conflict rises to a fever pitch that happens to coincide with the battle of Bull Run. Painting in her studio, she hears boys singing army songs outside her window, is vexed into a frenzy, and takes a generous swig of a strong French liqueur.

This is where the novel starts to go off the rails a bit, in the best possible way.

The room spins. Avis’s ears ring. She feels a “dull but not painful pressure set slowly in the brain.” And she starts to see things. A series of hallucinations pass before her eyes: porcelain vases, deserts, forests, oceans, downtrodden laborers, and Jesus (yes, Jesus) all swim through her booze-addled mind, each representing a potential artistic project. She rejects each one in turn for being too boring, too grand, too sad, and too holy.

And it’s a good thing too, because after all these rejections the room suddenly becomes FULL OF WOMEN. It’s like a feminist hall of fame: “Cleopatra was there, and Godiva, Aphrodite and St. Elizabeth, Ariadne and Esther, Helen and Jeanne d’Arc, and the Magdalene, Sappho, and Cornelia,–a motley company.” (Really, this whole section is so great that I had to use some serious self-control to resist quoting it all.) After the famous ladies vanish, a “silent army” of unknown women appears before giving way to…The Sphinx. With the casual Orientalism that is so common among nineteenth-century writers, Phelps presents the Egyptian sphinx as the subject of Avis’s next artistic project. The sphinx even comes to life and talks to Avis: “The mutilated face patiently took on the forms and hues of life; the wide eyes met her own; the dumb lips parted; the solemn brow unbent. The riddle of ages whispered to her. The mystery of womanhood stood before her, and said, ‘Speak for me.’” And with that, Avis passes out. She knows what she has to paint.

So on the one hand, this is a great moment. Ladies everywhere! Celebration of womanhood! Feminist art project! But on the other hand, this scene also perpetuates some troublingly stubborn stereotypes: womanhood as mysterious and exotic, and the Middle East as foreign and Other. Phelps’s depiction of the sphinx in particular reveals that white, middle-class, cis-gender feminism has long had issues with intersectionality, promoting gender liberation while simultaneously marginalizing based on race, class, ethnicity, or sexuality. These contradictory moments are what make Phelps’s work so fascinating (and, at times, frustrating).

When Avis awakens from her fever dream, she finds out that Philip has been shot in the battle of Bull Run; significantly, her moment of artistic ecstasy coincides with his injury. He returns home to convalesce, and their courtship resumes. Despite Avis’s earlier panicked protestations that “marriage is a profession to a woman. And I have my work; I have my work!” she eventually agrees to marry Philip, who promises she won’t have to sacrifice her art for housework. (If you’re cynical, you kind of have to wonder if Avis is guilted into the marriage because of Philip’s war injury.) As Avis feared, once the two are married, her art gives way to domestic duties—a compromise that she is constantly, vocally bitter about. At one point she reminds Philip, “you didn’t marry me to be your housekeeper,” and he replies, cruelly, “Yes, I remember. I don’t know what we were either of us thinking of!” When Philip commits a marital indiscretion—if you consider hand-holding cheating, which Avis does—Avis goes pale and silent with rage. The tragic death of their son and Philip’s gradually declining health exacerbate an already tense domestic situation.

Avis’s romance with Philip briefly rekindles when they travel to Florida for his health, but Philip somehow gets lost in the Florida swampland and dies a melodramatic death. Avis returns home having lost not only her son and her husband, but also her artistic genius. The novel closes with Avis reading a book to her young daughter, with the implication that perhaps the suggestively named young Wait will be able to strike the balance between home and career that her mother never could.

For a novel ostensibly presenting a fantasy of first-wave feminist empowerment, this conclusion is pretty grim. Some critics have read it as evidence of Phelps’s short-sightedness—a recapitulation to the conservatism of her era, but others see the ending as a desperate plea for broader definitions of gender roles, and a cautionary tale for women who might be tempted to sacrifice their dreams; given Phelps’s history of activism that I’ll discuss in a minute, I tend to agree with the latter.

Phelps was enormously popular and prolific in her lifetime. She is perhaps most well known for her novel The Gates Ajar (1868), a best-seller that offered a comforting, if unorthodox, view of the afterlife to give solace to Americans facing unprecedented losses after the Civil War. She corresponded with George Eliot, and made the acquaintance of many famous New England writers, including Harriet Beecher Stowe, Lydia Maria Child, and Ralph Waldo Emerson. There is even evidence that The Story of Avis was read by Louisa May Alcott: Alcott wrote to a friend that she hoped her artist sister May would “prove ‘Avis’ in the wrong” when she got married.

So why does nobody read Phelps’s work today? For one, her novels can come off as kind of preachy to a modern reader. Phelps was an activist for a smorgasbord of progressive causes, including women’s equal rights, safe labor conditions, dress reform, and anti-vivisection. She takes up these causes with gusto and without subtlety in her fiction; her sincerity is charming, but it can also be a little off-putting. Besides that, her prose style is ornate and at times even fussy. This frilly, meandering prose is one of the reasons I love Phelps’s work, but unfortunately it also makes her novels sound pretty retro.

But Phelps’s moralizing tone and baroque prose shouldn’t scare you off. Novels like The Story of Avis give us an important picture of how women advocated for themselves before the age of Betty Friedan, Gloria Steinem, bell hooks, Judith Butler, and good ol’ Liz Lemon. And it also connects us to a tradition of novels by women writers that celebrated female artists as their heroines. This trope of the lady artist is surprisingly common—think of Jane Eyre’s weird arctic iceberg watercolors, or of Lily Briscoe’s purple triangle painting in To the Lighthouse. American women writers took this trope and ran with it. Along with The Story of Avis, there’s Louisa May Alcott’s unfinished novella Diana and Persis, which presents a slightly more optimistic picture of the woman artist’s life; Lillie Devereux Blake’s Fettered for Life, nearly as grim as Avis but with the added bonus of cross-dressing and train wrecks; and Jessie Fauset’s Plum Bun, in which the African American protagonist faces racial prejudice while trying to make it as an artist in the big city. That’s just to name a few.

Given the fact that no American museums of art were officially established until after the Civil War, the proliferation of the female artist character in nineteenth-century fiction is especially interesting. The relatively recent emergence of an American high culture meant that there was a lot still up for grabs, and women writers wanted a piece of the pie. As literary scholars have suggested, women writers like Phelps depicted women painters in their fiction as a way of telegraphing their own artistic integrity, in order to carve out a place for themselves in this developing project of American art. Despite The Story of Avis’s melodrama, didacticism, and verbosity, we should appreciate the serious aesthetic endeavor it represents. 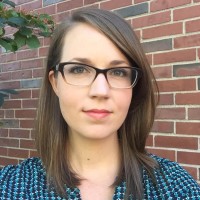 Heather Wayne is a PhD candidate at the University of Massachusetts Amherst. She’s studying nineteenth-century American literature, with particular interests in women writers, discourses of domesticity, visual culture, and commodities.