Talking to God: On Losing Religion But Not Faith

The closest I ever come to any kind of bad touching is when I am twelve, on a retreat weekend to prepare for my Confirmation into the Catholic Church. It is a set of circumstances so cliché that my overwhelming urge now is to roll my eyes and never think about it again except occasionally, and when I do remember it is with dull surprise, as though I am hearing a story about someone else. Nothing really happens in it, after all. One of the guys running the retreat centre (dark hair, part Italian like me, he says, early thirties at a guess) takes a fancy to me and holds my hand a few times, stands close enough for me to know I’m uncomfortable without knowing why. There are a few comments from the other kids, darker in tone than anyone realises in our cusp-of-adolescence-innocence, about me having a boyfriend, and he’s an older man too. When I tell my mum about it later, when I get back, saving it until just before bed because there is still a shame in it, and it is easier to say in the dark, she asks me in a voice that I will only later understand is thick with fear and potential panicky fury, “What did he do?” Nothing, I say. And I tell her the whole of it. Nothing really happened but whatever did, it probably wasn’t right. My best friend’s mum was one of the supervising adults; I was safe. Nothing ever really would have happened. The next day, my mum, sick with relief, will ask my friend’s mother about it and she will say, yes, she had picked up on it, she had kept an eye out. My mum tells me the man seemed like he was a very lonely person. I was safe. There’s so much worse that could have happened.

Worse does happen, that year, and if it’s someone’s fault then it’s Philip Pullman’s. I’m sitting in church, the Saturday evening six o’clock service, which we get to go to when mum is tired or we beg especially hard, because it’s only half an hour long and there are no hymns. Our priest begins the service – he’s a liberal priest, as they go, in years to come he will do a sermon that comes as close as he’s allowed to giving homosexuality the thumbs up – and tells us who we’re praying for this week. And from nowhere, the thought – clear as a bell, in a voice that is and is not mine – “You don’t get to tell me who to pray for.” And the split second before it lands, “Oh my god, he was right.” The he is Philip Pullman, the thing he is right about is religion, and from that moment my belief is irrevocably, painfully altered. The final voice of the three that plagues me in that moment is the one that thinks to record it. “On Saturday 9th August, 2003, I stopped believing in God.” (Not true, I will find out. Not nearly true.)

It is a blow to my still-shaping sense of the world because for several months, I have been talking to God. And God has been listening. Not talking back, of course, that was reserved for Joans and Bernadettes and Thérèses of Lisieux, and even I am not presumptuousness enough to aspire to sainthood (save, of course, the occasional idle wondering whether I could be the second Mary, but that’s for the drama more than the kudos.) But God has been listening. I can feel it with a clarity unlike anything I have known before. When I pray, He lends a kindly, attentive ear: when I ask dutifully for him to look after those I care about and then desperately to make things a little better, that maybe we could have not quite so many arguments, that maybe I could be better, kinder, selfless, possessed of virtues I know already I do not have. It is like picking up a phone and knowing with absolute certainty I will get through first time, no waiting. I have acquired, in those months, something close to serenity. Perhaps it is even grace.

And now with my doubt I have ruined it. I have let the seed of suspicion, rebellion, into my mind and the connection has closed. With a heavy heart – for it is not his fault, it follows the immutable laws of the universe as surely as Adam and Eve leaving the garden because they ate an apple – God has put down the phone and now when I pray, as I still do, with rising panic every time, I am leaving messages on the heavenly answerphone. With the precision of a scientist I test this new state of affairs, bombard God with my small voice, try shakily to re-find that serenity, that grace, that safe and special and loved place. For weeks I carry it around with me, the empty aching loss of it, until finally I burst and confess all to my mother, who can only hold me as I tell her how scared I am to be alone. There is no answer to this moment, only the gesture of her stroking my hair and keeping one arm around me tight. When my sister, four years behind me, goes through this, it will be with no regrets. She will shrug off God as lightly and easily as an old coat.

I adjust. I am a smart girl, and in time I adjust. I follow, warily as first, where this new philosophy takes me. There is relief in it now, and the shrewd realisation that if Eve had not given in to her craving for fructose, I would not be top of the class millennia later. It is experience, not innocence, that sets me apart from my friends and they from me. After all, I have never really believed in hell anyway (even the most devout of the teachers at my two Catholic primary schools did not have the heart to tell the under-elevens that they might one day burn in a fiery pit so it was simply never mentioned) and known all along with a fierce instinct that will, a year later, blossom into ardent feminism, that abortion is between the individual and herself and no-one else. I continue to attend church, continue even to be an altar server (as the most senior, it is I who load the incense into the thurible and wave it above the heads of the congregation with a lordly sense of ceremony), because my mother believes and church sustains something in her, is her community, and I am her child, and have no wish to disrupt that. I even learn to enjoy it again – what other denomination has the pomp, the robes, the hymns that soar upwards, the proper formality when addressing the Lord Almighty? At fifteen, I cast an acerbic eye on my Baptist friend’s happy-clappy, tambourine playing services. She addresses God as “Dude” or “The Big Guy”. Imagine!  And she tells our Muslim friend that technically she thinks she’s going to hell for not being Christian. That is less of a joke. (She too grows out of religion, eventually, but many years down the line and, not coincidentally, after getting her first boyfriend.)

I grow older still and I realise that though I myself do not believe in the mass, that I utter the creed and the Our Father as a formality only, that formality is important to people around me. I wonder how my mother faith’s makes way for her ready acceptance of my cousin’s coming out, her openly pro-choice stance, her frank (too frank) discussions with me about contraception. When my eighty year old Italian Catholic Nana attends the civil partnership ceremony between my cousin and her wife, loves their children (her great-grandchildren!) with the same unreserved love as she has for any of the others, I can only come to the conclusion that belief is complicated beyond…well, beyond belief. I see now that rules bend for love and that, perhaps, is the grace I was looking for at the age of thirteen on that Saturday evening, in that church.

And I realise, along the way, that it is not God I have outgrown at all, but only the religion I grew up in. Now that I am at least a little grown up, I no longer go to church except at Christmas and Easter, and the transition has been soft and simple and has hurt no-one. I know now that, in short, God is between me and myself, and for me, he is not a man on a cloud with a white beard, and he does not hate or forbid or bar anyone. He is not even a he or she or it. I learn that god is in humanity rather than buildings, that small acts of compassion carry their own divinity, and that that is only my little, private thought on the matter. I no longer define my faith – neither an atheist, nor an agnostic, nor a lapsed Catholic – for why would I need to? It ebbs and absorbs the tragedy, it grows as I grow. There is so much more to living well, I find, than simply being good. 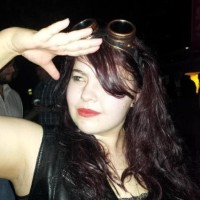 Rafaella Marcus is a freelance theatre director from the UK, who also frequently has opinions on the internet. She apologises for her transatlantic spelling, but secretly knows that it is actually correct.