I am firmly of the belief that great women have always existed and always will, and one of the clearest markers of the existence of strong women in the Middle Ages, in my opinion, is Geoffrey Chaucer’s Criseyde (one of the protagonists in his epic poem “Troilus and Criseyde”, most assuredly now in the public domain), the Trojan widow who broke a prince’s heart and caused the fall of her city.

This runs against the grain of popular opinion, which most often sees Criseyde as an entirely unsympathetic character, even though she has been hailed as one of the most complex and accurate portrayals of female subjectivity in the medieval literary canon.

There are two main schools of thought about Criseyde, either that she is conniving and heartless, casting aside a good man and betraying her countrymen, or that she is weak and naive and easily swayed by a strong man. I disagree. I am about to show you how radical Criseyde is, and by the end, I promise you will love her as much as I do.

The main reason Criseyde is such an unpopular figure is that after a rapturous love affair between herself and Troilus, she leaves for the Greek camp and takes up Diomede, a Greek soldier, as her new lover, leaving Troilus heartbroken.

My main concern with this viewpoint is that the love affair is not as mutual and joyful as it at first seems. Criseyde never actively chooses Troilus. He chooses her and she seems less than pleased about it for the majority of the first half of the poem. In fact, the first time they ever go to bed together is the result of a trick played by her uncle Pandarus, who lets Troilus (presumably nursing an unquenchable fire of the loins) into her bedroom while she sleeps, and talks her into accepting him.

Aside from the unsavoury motivations of Pandarus here, which deserve a book all to themselves, alarm bells begin to ring when we see that Criseyde is at this moment described as a “nightingale.”  In classical and renaissance texts, the “nightingale” allegory is almost without exception used as shorthand for an invasion of chastity, a defilement, not to put too fine a point on it, a rape. I find it hard to sympathise with a love plot between the two protagonists, when it begins this way.

Bearing this in mind, can we really be surprised that when Troilus bows to popular pressure to give Criseyde over to the Greeks as part of a hostage trade, when she leaves the city under a cloud, she chooses not to risk her life to escape and return to him? Can we blame her for the fact that Troilus’s love-sickness manifests itself as melancholia and self-absorption rather than stirring him to do battle and win her back? It seems rather unfair to place the blame at Criseyde’s door.

While Criseyde is certainly manipulated throughout the first half of the poem, I don’t believe she can be characterized as weak. There are key moments when she is fearless in spite of everything.

The moment Troilus first sees Criseyde she is at the temple, amongst the crowds: an intimidating place to be, given that her father has already turned traitor and defected to the Greeks. To clarify, Calchas, her father, has already jumped ship, because the stars have told him that Troy will fall. Criseyde stays. She remains in a city surrounded by people who consider her family to be traitorous, and she goes to the most public place in the city – the temple – carrying on her normal routines regardless.

Now, enter Troilus. He sees straight through the crowd to Criseyde and stares at this beautiful woman. She feels his eyes on her and… she stares right back, as if to say “What! May I nat stonden here?” She faces down the king’s son. It’s a daring show of spirit.

Another often forgotten point is that Criseyde is a widow, not a blushing maiden. She is a woman of standing and, importantly, property. That actually makes her eventual decision not to return to Troy a very difficult one. She will go from a wealthy, respected woman, to an camp follower, trailing the soldiers through war zones without a place to call her own.

A number of particularly nasty successors of Chaucer wrote epilogue poems about Criseyde, most notably the deeply misogynist Robert Henryson, whose “Testment of Cresseid” sees her as an army doxy, ridden with pox both moral and physical and passed around the camp.

This fate seems unlikely for Criseyde. Her father is one of the first to pledge allegiance to the Greeks, and clearly has influence with them as it is he who suggests the hostage trade. That the Greek army agree to hand over their prize captive, Antenor, for a mere townswoman, of no strategic value, is testament to Calchas’s importance in the camp.

Unless Calchas is as morally bankrupt as uncle Pandarus, it seems impossible that he would arrange this deal just to watch his beloved daughter become prey to an invading army’s appetites.

We are left to wonder why Criseyde stays in the Greek camp. I suggest this possibility: within Troy Criseyde is constantly watched, observed, under pressure to behave in a certain way to preserve her privileged position in society. It is her societal obligations, after all, that trap her into accepting Troilus, thanks to her uncle’s machinations. In the Greek camp she is free of these ties and strictures, under the protection of both her father, and later Diomede, a top soldier, and she can finally conduct herself however she wishes without the threat of social isolation.

Once she leaves Troy we hear very little of her thoughts or feelings eventually falling silent altogether. At this point we only hear of her actions indirectly, through Pandarus or another third party. As Criseyde slips from view we realise that as readers we have been poking into her life and innermost thoughts just as much as the Trojans. By staying in the Greek camp Criseyde finally engineers her escape, and even we don’t get to hear about it.

There you go: a fearless, resourceful lady who plays the system and wins. What’s not to love? 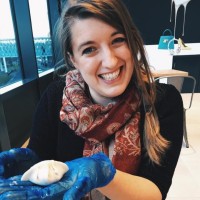 Jane is a tea-snob, wine appreciator, book lover and permanent resident of geekdom. She has spent more time than is strictly advisable with her nose stuck in medieval manuscripts and is now adjusting badly to real life.