On the Experience of Playing “Sacrilege” by Cara Ellison

Cara Ellison’s “Sacrilege” is a small game, in that one playthrough takes about five minutes, even while playing it furtively on a work computer when anyone could walk by and see what you’re doing or hear the music playing at such a low volume that you almost don’t realize it’s playing at all. It’s a small game, but it is also expansive. It’s more than the sum of its parts. It says more in its five minutes about what it’s like to be a sexually active young woman than most hours-long games even attempt to say about anything.

In “Sacrilege,” you are a young woman in a dance club, with four options: Matthew, John, Mark, and Luke (the same as you have when choosing which story of Jesus’ life you’d like to read.) This is a dating sim with no way to win, just like actual dating. As I played through the game the first time, I made my way through the four men with varying degrees of failure. Sometimes he fucked with my heart (doesn’t matter which “he” it was), sometimes I fucked with his heart, sometimes I fucked with my own heart. At the end of the night, I wound up at the bar, alone.

I played the game again almost immediately. I wanted to know its every nook and cranny; I wanted to know what each choice would bring me. A couple weeks after those first playthroughs, I found myself wanting, craving, to play the game again. I had recognized myself in it, in those ill-fated pseudo-romances borne of alcohol and a desire to feel wanted. I know what it is like to feel like “You are nothing / Another man has ruined you.” I know what it is to feel like the only two options are: “A guy who you are going to hurt is better / A guy who is going to hurt you would be better.” To hurt or to be hurt, what else is there?

There will always be hurt, that much is certain. It’s the dark side of Buddhism: everything ends, the seed of rottenness in everything, waiting to bloom. Everyone you love is a bag of meat and bones, waiting to rot in the ground. You yourself are a bag of meat and bones, waiting for decay. Like Kerouac I can use Buddhism to distance myself from life instead of embracing it. When I was younger, it was these wounded men I identified with, never the women. To hurt or to be hurt, the only options, sounding like a Bright Eyes song I loved when I was fifteen.

Still I wanted to know what I already knew. It was like I was a child again, with a Choose Your Own Adventure book. I wanted all the endings, all the choices. I wanted to break hearts and have mine broken. I wanted to wrap the text of this game around me like armor and know that it would do no good, that despite childhood rhymes it’s always been words that hurt me the most. To hurt, to be hurt. Mostly I’ve been hurt, told by several men who told me I deserve better as they left me. For years I thought the sweetest thing that anyone had said to me was, people should pay more attention to you than they do. Sometimes I still think it is.

So it should be no surprise that there was (and is) one passage in particular that I craved:

Because I know even now that despite all my self-consciousness and body-hatred that I will look back at pictures of myself many years later and think, if only I had known how beautiful I was. The airbrushed, photoshopped models that surround us, this game we play and cannot help but fail at because our standards are not based in reality, force so many young women to think that they are less-than; this game feels like a corrective.

As has been discussed and debated and complained about, most video games target young men. My cohorts and I have been playing video games just as long as many of our male counterparts, but we are ignored by major game studios, many of whom refuse to even put a woman on the cover of a video game. Sure, there’s Tomb Raider, there’s The Last of Us, and maybe a few others. (Even BioWare, who have a reputation for being better than many other studios in terms of inclusivity, relegated the female version Shepard of the Mass Effect trilogy to the back of the box and then only on the collector’s edition. With the regular edition, you could secretly flip the cover art. And those are each just for the last game in the trilogy.)

We fare a little better with indie games; because the barrier to entry is much lower than in the major studios, you find many more female creators. Twine games like “Sacrilege” have perhaps the lowest barrier to entry: all you need to do is download the Twine software and you too could be making your own interactive fiction. There’s no need to learn coding, or design, or anything. Twine games are a series of branching choices. Skill is still involved, of course, but anyone could do it. And thank goodness Cara Ellison decided to. With “Sacrilege,” she made a game that was mine in a way that almost no other games are. (I would have a similar experience with Gone Home, which is the game that I so desperately needed when I was a teenager.)

Each time I play this game (and I have revisited it many times), it gives me a booster shot of self-assurance. After I play it, I walk around with the Yeah Yeah Yeah’s “Sacrilege” playing in my head, hips swaying to a beat only I can hear. I feel young and powerful and – most importantly – confident. I know that my youth will fade, but right now I am in the thick of it and why not enjoy it? I said before that this game is unwinnable but that’s not entirely true. Even when my initiated fuckplans failed, I still felt like I won.

Because this is what winning is, in this game, for me: it’s that boost of confidence, that feeling of power, that invincibility of youth. Winning is ending up at the bar, alone, at the end of the night, with a secret optional book: “OVEREDUCATED NEUROTIC MODERN HETERO WOMAN’S GUIDE TO CASUAL SEXUAL RELATIONS.” It doesn’t matter that I am not hetero, because I am an overeducated neurotic modern woman who is attracted to men and this game is for me and sometimes winning means being alone. The book can be “unlocked” if you go through all four men in one night, or playthrough. In one of my favorite passages, the book talks about how women are becoming more comfortable being women:

It goes on to say that feminism has failed to convince men that it loves them, that it wants them to be happy. Women (especially twentysomething privileged heterosexual white women) have learned to fuck who they want, when they want, how they want, the game posits; most men have not yet learned to accept this. Their reactions to women who fuck who/when/how they want have not changed. This, the game says, is because men have not been taught how to talk about how they feel about a sexual partner emotionally or how to say they don’t want an emotional connection. What many people – men and women – don’t realize is that communication often makes for better sex, even outside of the bounds of a committed relationship. And this is where everyone wins the unwinnable game: “so everyone better start caring about each other enough to communicate, because there are a lot of fuckmasters, both men and women, to make.”

Ellison’s writing in this is filled with ungrammatical, uncapitalized and run-on sentences. Some sentences (like one of my favorites, “you don’t go home with strangers in case you end up dismembered in a freezer”) aren’t really even punctuated. This may bother grammar purists, but it tends to have, especially in the latter part of the game, a cumulative effect of some sort of primal expression, a raw truth that needs to be released. It’s more like poetry than prose. The “John” and “Luke” sections of the game stand out in this regard. The words fall not into paragraphs but into skinny columns, with the cadence and imagery of a poem. They are also, I think, some of the strongest examples of Ellison’s writing, like this, from the “Luke” section:

A great example of Ellison using her medium effectively appears in the “Matthew” section, when the words “he is going to kiss you” repeat three times before the game asks you what you are going to do. It’s a clever way to recreate the anticipation of a kiss. Similarly, in the “Mark” section, the words “yes” and “this!” are repeated, simulating – as best as a work interactive fiction probably can, without getting too explicit – sex.

“Sacrilege” is somewhere in between game and fiction; it’s more akin, as I said before, to a choose your own adventure book. It contains within its brief playtime hidden depths and bold declarations about what it is to be a sexually active modern woman. It claims to be unwinnable, and that is true to an extent. It’s not like there’s a successful relationship to be had in the game, after all, which would presumably be the victory condition. With all that it accomplishes, however, I think the game itself counts as a victory. 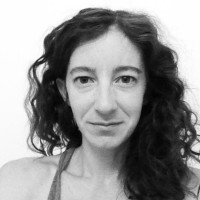 Danielle Perry writes and lives in Portland, OR, where her tiny East Coast tattoos are put to shame. She talks about nerdy things and feminism on her Twitter.