Jane is a writer currently based in Bath. When she’s not scribbling away, she’s torturing her family with the pianoforte or teasing the family cat, Napoleon. Lately, she’s obsessed with arranging fresh lilac bouquets!

Louisa does not brush her hair as much as she should, and she will always burn your toast. She will probably be remembered most for the time Henry Thoreau tried to play with her doll and she chased him off snarling like a dog. She’s not mad. Promise. Happy reading!

Joan published her first novel, “Run, River,” while she was associate feature editor at Vogue. These days you can find her in Los Angeles, lying like a lizard in the sun, Campari in hand. She plays a mean game of poker.

Gabriel Garcia is very bad at writing bios. It runs in his family. No Marquez has written a bio well, and for this they have been cursed for generations.

Ernest is a writer and a man. He’s writing this while eating a rare steak and parasailing.

His friends have always called Truman a writer of prodigious talent and profound influence. His enemies were not available for comment, which is surprising for a man with such a large Twitter following.

Shakespeare was educated at the King’s School. He did not attend University and why don’t you get over it already. He now lives in London where he’s pursuing a career in the theatrical arts (his parents are most certainly not proud). Please follow him on Twitter, Instagram, Google Plus, Facebook, tumblr, WordPress, Linked In, or his cellphone. You can also find him on Kickstarter, where he’s raising money to help start the Globe Theatre, so he can change the world and all of western civilization ;)

No man should be forced to describe himself without first having a drink, so Oscar’s off to the pub, and you’re out of luck.

Edgar was “Most Likely to Become a Serial Killer” in his high school yearbook, a category they removed the following year because, let’s be honest, it’s really not very politically correct. So the bar is very low, but this still feels like a big accomplishment. Edgar would like to thank Virginia for her support and love.

Aristole is an Athens based philosopher/scientist/theater freak who has just finished twenty years of study with Plato (seriously). Now that his brain weighs more than a discuss, he’s ready to get to work! His interests include politics, metaphysics, and the latest sandal trends.

Mark has been known to tell a tall tale, but this isn’t one of them. Everything about this jumping frog is one hundred percent factual, and if you doubt him, then there’s something twisted in your brain box. And if that hurts your feelings, you can talk to his lawyers. Those suits are longing to hear from you, while Mark would rather eat paint.

Willa is a contributing editor at McClure’s magazine in New York City, but she’s a Nebraskan through and through. She longs for the day when she can watch the sun set over the prairie, a cup of dark black coffee (never with soymilk or Splenda!) in her hand.

Charles (@boz) is editor in chief of Bentley’s Miscellany. He is also the author of the bestselling Pickwick Papers, soon to be adapted into a TV series for Amazon Prime. He would like to point out that, although it’s hard for him to say it with a straight face, he’s also an actor. You can IMDB him here.

Charlotte lives at home with her sisters, brother, father and the “help” in Yorkshire. Any further paid writing gigs would be much appreciated, so she can one day move to Paris (alone)! She needs a vacay, big time.

Hunter’s a monster, sniffing and sucking on drugs and nipples continuously. Never turn your back on him because he might stab it with a harpoon, ripped from the belly of an endangered species. Follow him @gonzobat

Emily was educated at Amherst Academy and Mary Lyon’s Mount Holyoke Female Seminary. As a result she’s very polite and famous for her caramel macaroons and devotion to green housecleaning products. She hopes you enjoy this piece as much as you would her baking! 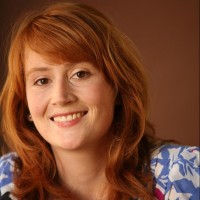 Camille is a Los Angeles based screenwriter and blogger. She's been published on McSweeney's Internet Tendency, and her viral short was featured on Vulture, Jezebel and Huffington Post.