How To Tell If You Are In a Regency Romance Novel

1. You are either a virgin or a sad and lovely widow whose husband was lost at sea. You are spirited, but still passing ladylike.

2. Your father is away in the colonies protecting his tobacco interests, or a bumbling idiot, or a gambler. His character flaws lead to you becoming betrothed to a man you’ve never met.

3. Your dance card is filled up with the names of eligible gentlemen who are excessively unattractive.

4. You have a maiden aunt who despairs of you. You have a gaggle of sisters of marriageable age and they are all silly.

5. You are an incorrigible womanizer and you have lived in France. You are squandering your sizeable inheritance on loose women and card tables. You may very well be a pirate.

6. Your best friend is a notorious flirt and not as pretty as you. She weds a buffoon for convenience and immediately regrets her decision. Her sole ambition in life is to orchestrate a marriage for you that’s ever so slightly beneath hers.

7. A gentleman of your acquaintance once addressed you by your Christian name as he brushed his fingers against the lace filigree of your fichu. You still blush at the recollection.

8. A notorious rake catches your eye at a fashionable social function. His brocaded—though not foppishly so—waistcoat betrays his unimaginable wealth. His eyes smolder like sapphires pulled from the inferno itself. He raises his glass to you with a ravenous smile.

9. You are fluent in French, despite never having been abroad. Your profligate older brother once spent a season in Paris and came back with the clap.

10. You have a secret, potentially scandalous alter-ego, such as authoress of smutty literature or highwayman. Your true identity is under heated debate by the Ton. In your spare time you give baskets of food to the poor and practice the pianoforte and/or mandolin.

11. You are proposed marriage to by no less than three vicars every Tuesday. You refuse them with delicacy, then weep into the rosebushes on the east veranda. Your heart belongs to another.

12. A wealthy and influential harridan disapproves of you and makes sure everyone within earshot knows it. You don’t give a fig what she thinks. You flutter your fan defiantly.

13. You are dancing a quadrille with a gentleman you find despicable. He is taken aback by your wit and cheek. His devilish grin and tightly coiled arm muscles make you suddenly desirous of swooning. Your bosom heaves.

14. A certain young lady with a comely face and dazzling eyes rejects you in no uncertain terms. She haunts your thoughts by day and your dreams by night, to the extent that you can no longer delight in any of life’s joys, not even whores.

15. You are caught in a storm and contract a violent head-cold. Fearing for your life, a platonic friend of the family whisks you to his chamber and removes all your clothes with tantalizing earnestness. This is a very gentlemanly thing to do, and you shiver with longing.

16. Everything between your legs is delicately referred to as your “sex.”

17. Your nipples are like silken rose petals. The curve of your ear is like a trembling pink shell. An improbable plot device leads to you sharing a bed with a rogue whose Byronic masculinity awakens something excruciating in you.

18. Despite having less sexual experience than a house fern, you fall into throes of ecstasy at your first encounter with your lover’s erect member/manhood/scepter. He deflowers you with the utmost tenderness and it’s the best sex anyone has ever had and you do it for hours and hours.

19. Your orgasms are like an explosion of Roman candles, or an impossibly sweet bouquet of roses blossoming, or a sunburst that launches you to the heavens and carries you blissfully back down to earth on golden wings. This goes on for pages, at the end of which your lover strokes your hair and calls you “Sweeting.”

20. Oh God, you are ruined, ruined! What man will ever marry you now that you’ve cast your virtue away on the transitory caresses of a rake? You’ll have no alternative but to come out on the town or, worse, become a governess. Your best friend will be delighted.

21. After a period of uncertainty, it becomes evident that your paramour is a scoundrel no longer—his ardor for you is pure and undying, and he wants nothing more than to marry you immediately. He foreswears all his former debauchery and you congratulate yourself for changing him so thoroughly with your love. You may or may not be pregnant. 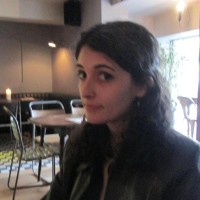 Anna Snyder is a writer with an affinity for living in Ireland. Otherwise, she enjoys off-the-cuff travel, knitting, and making borscht.