“Local Mom Says ‘Purple’ is Best Color for Fall”
—The Putnam Bugle on the publication of Alice Walker’s The Color Purple, September 3, 1983

“Local Mom Can’t Wait for Camp”
—The Upper West Side Report on the publication of Susan Sontag’s “Notes on Camp,” August 3, 1966

“Local Mom has a Glow about Her”
—The Warsaw Gazette on Marie Curie’s discovery of radium, December 27, 1898

“Local Mom’s ‘Program’ for No More Math”
—The London Rag on Ada Lovelace’s notes for the first computer program, July 17, 1846

“Local Mom Has Too Much Free Time”
—The Heian-kyo Observer on Murusaki Shikibu’s authorship of the first novel March 30, 1011 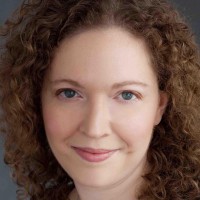 Stephanie Feldman's debut novel is The Angel of Losses (HarperCollins.) She is a mom local to Philadelphia, and tweets at @sbfeldman.