The first night of my freshman year of college, a group of fraternity guys locked me in an apartment and threatened to gang rape me.

In retrospect, I realize one of the reasons I was chosen is exactly because I was a freshman. Most students had to wait two years to graduate from a dorm to a coveted spot in the two-bedroom apartments we called “the courts.” When jealous students asked me how I maneuvered my way into the courts as a freshman, I’d shrug. Just lucky, I guess.

On move-in day, once all the boxes had been pushed into bedrooms, students lounged in the sun, played hacky sack and smoked butts in the cement courtyard in the middle of the courts. Legend had it that the odd, chunky cement stumps in the center of each yard were built to hold kegs, back in the good old days, when students could legally drink out in the open and my university was a real party school. Alas, by the time I got there, you could be fined for so much as holding a beer outside.

To avoid getting into trouble, students drank inside designated apartments. A door left wide open signaled where a girl could get cheap, clear liquor mixed with a sweet juicy mixer, a boy could get a beer, and anyone could get a shot.

My school was not a huge Greek school, but there were some fraternities and sororities. My new apartment had green sorority letters taped in the window, because my two junior-year roommates were Zeta- or Lambda-somethings. I rolled my eyes and proceeded to tape up my Janis Joplin posters. I was 17 years old and over the moon about living on my own. My life, I felt, was finally beginning.

After getting our room organized, my other roommate — another lucky freshman — headed out to the party to meet new friends.

I remember agreeing to stick together.

I don’t know exactly how I wound up alone in the apartment with red fraternity letters in the window. It was down at the end of the court, on the bottom floor. As the sun went down, the Tom Petty tunes got louder. It was a warm night. Tons of people were wandering in and out of the apartments, stopping for drinks, introducing themselves to one another or catching up about the summer.

Once inside, I saw a wall full of hand-carved wooden paddles etched with Greek letters. I thought the idea of college men spanking each other with paddles was just a 1980s movie gag. I found it bizarre that, in real life, a guy willingly would spend time carefully carving and painting the weapon they knew would be used to ceremonially degrade them. Back then, I thought of fraternities and sororities as a weird system for buying friends. I hadn’t yet realized that it was also about securing business connections and social protection.

I had no social protection. Cut to: Suddenly, I was the only girl left in the apartment. The door closed, and I was told to sit down. The only empty chair was the one furthest from the door; the leader was sitting in the chair closest to the door. My instincts sharpened. I watched them watch me.

The go-to joke of the night had been asking me how old I am and then calling me “jailbait,” since I wouldn’t be, you know, legal until later that fall. The joke is, they’d get in a lot of trouble if they didn’t wait to have sex with me until my birthday. Whether or not I wanted to have sex with the jokester was never part of the equation.

There were four or five of them. Maybe six. I remember the way they deferred to their leader, a twenty-something guy who looked entirely too old to still be in college. He made it clear that I was going to follow his orders. He was smiling and enjoying himself, a campus king upon his crappy college-apartment armchair throne.

I remember thinking, they have to be joking. It wasn’t particularly late; people were still in the courtyard, drinking and laughing. One of the frat guys looked at me and locked the door.

I scanned their faces.

The room was silent. He smiled.

I had heard scary stories about fraternities all my young life, of course. This particular one, I later learned, was rumored to play a game called “rodeo.” In rodeo, a guy would have doggy-style sex with a girl while his brothers secretly surrounded the couple in the dark. The lights would flick on, and they’d yell, “Rodeo!” The girl, presumably terrified, would try to escape, and he would pretend to be a cowboy riding a bull, holding on to either her hair or her breasts for as long as he could, while his brothers cheered.

I don’t think I had heard about rodeo yet, but I instinctively understood the rules of the game they were playing in the apartment. I knew that I was being threatened with gang rape, but that I couldn’t act like I knew I was being threatened with gang rape. It was all said in a way that could be interpreted, if recounted later, as just kidding around. The threat coursed just beneath the surface of our words. It was in the air between us.

After the initial rules were set — door locked, sit down, now keep talking — the conversation went back to light banter. It was a movie scene, and I was cast to play the part of Cute Freshman Girl talking to Older College Boys. The script made it look and sound harmless. The subtext was not.

The subtext was a negotiated threat of violence. Think of it as a maze. You are suddenly dropped in its center, and you have to find your way out. It requires tremendous focus. You simultaneously follow the rules of the maze and test them, gauging responses and feeding that information back into the equation. Like playing chess, you make moves while imagining three moves ahead. You play it cool but on the inside, you’re turning down shifting corridors, feeling the walls for a door to fling open and run through.

Almost every woman I know has found herself in this kind of maze at some point. They’ve seen that joy on the face of a certain kind of man as he played puppet master, threatening while pretending it’s all just a joke — that it’s a compliment, that you’ll be fine if you just cooperate — as if your safety was ever his to take and then offer back to you like a consolation prize. This may not be as bad as it could be, he’s saying, or at least, you will survive.

In the maze, my heart quickened, and I felt like a tiny rabbit in the wild woods. I slowed down, stood still, listened harder. I was a good student. I focused on reading the subtext and making the right choices. I wasn’t physically strong enough to fight off even one of these men.

To anyone looking through the window, I was a girl casually hanging out with some dudes, having a drink, enjoying the first night of her real life. The maze can be hard to see if you haven’t been in it.

I could’ve screamed, but it wouldn’t have been loud enough to break through the party din, and the door was locked from the inside. There was no one in particular wondering where I was. No one even knew who I was, except for a new roommate I met a few hours earlier. It’s a good question: Who am I, sitting in that chair, calmly talking on command like a wind-up toy?

I was so angry, I felt like I could choke them to death with my rage. But I knew I couldn’t. I sat, and it was getting late, and I wondered how this would end.

They reminded me of the rules a few times. I was told, go ahead, try to leave. You can leave if you want to. I was told that I didn’t want to know what they could do to me.

But I knew. Of course I knew. I was 17 years old. Men and boys had been making me aware of what they could or would like to do to me for a long time already. The teenage boy who leaned into my neck to growl that he “likes to eat little brownies,” at the ceremony where I earned a brass Brownie pin I proudly wore on my uniform sash. The town creeper in the van, who slowed down in front of Danielle’s house, asking us if we like puppies. The high school senior who hit on me when I was a 13-year-old freshman, because he knew my big brother, and it would’ve been so funny to bang that guy’s little sister, bro.

Not all bad men are so easy to spot. There are guys you think are your friends, until your stomach curdles as the walls close in — and then there you are, cranking through everything you know about that person, about men like him, about what worked in other mazes.

Sometimes, they just want you to know what they can do to you, and it’s enough just to make you picture it. He wants you to be grateful he didn’t do it, that he wouldn’t actually do that to you. ’Cause really, he’s a nice guy.

That’s about as good as it gets in the maze.

It’s exhausting in here, sustaining sharpened senses for long stretches of time while simultaneously playing the part, having a friendly chat, flashing a robotic one-second smile while declining a ride because your imaginary boyfriend is on the way, really appreciating a comment about how pretty you are on the street but no, seriously, you’re running late and gotta go!

I debated if I should walk or run toward the door, if they would grab me when I finally got up to try to leave.

Why didn’t you scream?

Why didn’t you fight back?

Sometimes you scream or run or punch. But sometimes, the punishment for breaking the rules is worse than the degradation of compliance. Survival itself takes strength. There should be no shame. There are ways to fight back that don’t look like fighting to the people just looking in through the window, or who hear about it later, or who haven’t had to fight back with just instinct and endurance. The maze is designed so that endurance looks like cooperation.

I got up and walked toward the door. Someone said something about making life miserable for me if I said anything, but no one stopped me. Heart pounding in my ears, I twisted the knob.

I could smell the pine trees that edged the complex, feel the cool air. I made it out, and I heard them laughing.

You could say that nothing really happened in that apartment that night. But I don’t. 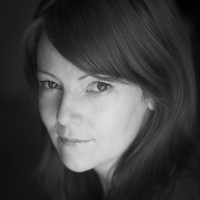 Tara Murtha is the author of Ode to Billie Joe for the critically acclaimed 33 1/3 series. Her journalism focuses mostly on policy, trauma, violence against women and reproductive rights. Follow her on Twitter @taramurtha.