Dogs in Classic Kids’ Movies, Ranked by How Much I Want to Hug Them*

OH GOD THE EYES. What a waste of a perfectly good shaggy dog. Would not, could not hug.

24. Zero in The Nightmare Before Christmas

You can’t hug a ghost.

23. Copper, the hound in The Fox and the Hound

Copper is a bad friend and a real dud and I won’t hug him. Don’t show me the puppy pictures, I can’t be swayed.

A real cutie, but where would my arms go?

Flaubert said, “We must never touch our idols; the gilt sticks to our fingers.” With Gromit I’m worried about the clay.

The sexual tension between these two dogs makes me profoundly uncomfortable.

18. Milo from The Adventures of Milo and Otis

Also too well-developed as a sexual being for my liking, but it’s easier to overlook because he’s a pug.

I have nothing against Toto, but I’ve never thought about hugging him. Maybe he’s too small?

Steals meat and chickens. Lets a child off the hook for tormenting a bear. Fathers puppies willy-nilly. Has rabies. All in all a very bad influence. But look at that face!!

Yet another dog just looking to get laid, but at least he saves Nome from diphtheria! When I have a hard time getting through a run, I think of this scene:

I haven’t seen this movie, but I would absolutely hug this dog.

Everything Copper could have been, but wasn’t.

12. The Footstool Dog in Beauty and the Beast

He’s so wiggly! Look at his tassle-tail!

All good dogs, and getting better with time.

Imagine hugging Dug! He’d probably say, “I’m hugging you because I love you.” I love you, Dug!

I think about “I’m hungry, mother, I really am” at least once a week. All 100 other Dalmatians can go screw themselves for not recognizing Roly as the best.

3. Max from The Little Mermaid

Probably the whole reason Ariel wanted to live on land. The source of all of Prince Eric’s personality.

2. Hercules/“The Beast” from The Sandlot

A near-perfect dog. Not ranked higher because of drool. As my friend Ryan says, the Boo Radley of this film.

She just looks like she could really use a hug.

Other Dogs of Note, in No Particular Order: Skip from My Dog Skip, “Benji,” whoever that is, the dogs in The Incredible Journey, that sheepdog in Babe, Will Smith’s dog in Independence Day, the dog who starts the Twilight Bark in 101 Dalmatians, and also the Colonel, who seems cool, the less creepy Shaggy Dog from 1959, the aggressive sled leader in Snow Dogs that Cuba Gooding Jr. subdues by biting his ear, Baxter from Dodgeball, post-return, The Beverly Hills Chihuahuas.

*I would hug any of them. 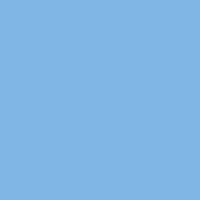 Alison Howard lives in DC, where she's the scourge of her local dog park.