How To Tell If You Are In A Shakespearean Comedy

Your boatswain has perished.

You have been trying to get to Milford for the past three acts.

You are plotting a “bed trick” with your waiting gentlewoman.

You will believe literally anything written in a letter.

You remain chaste throughout a series of tribulations and are rewarded with a husband whom you have never met.

You wed your husband alongside four other women and their beloveds in a modest quintuple wedding.

You are indentured to a temperamental sorcerer.

You are indentured to a fanciful Spaniard.

You are the beloved of many shepherdesses.

You bring news from Venice!

There are but two forms of criminal justice in your town: capital punishment, or a public scolding from the Duke.

You are either a relentless punster or an unwitting malapropist.

Your “Pre-Pubescent Boy” disguise is having the unnerving effect of attracting many ladies.

Your greatest joy is exchanging barbs with the Steward.

You are the King of France, and you are loathsome.

You are a courtier, and you sneer at rustics.

You are a rustic, and you sneer at courtiers.

You are the goddess Diana, and you sneer at everyone.

You have lost track of your twin again.

You suspect your twin is lost at sea.

You are beginning to suspect—oh, but it is impossible to believe!—that your twin is not dead at all!

You are beginning to suspect that your twin is posing as you about town and exchanging love-tokens with your betrothed.

You have forsworn your life of piracy for an unreciprocated romantic friendship with a tender lord.

You are the victim of horrific anti-Semitism! Ha ha! It is all a comedy! Ha hahahaa!

You have at least one friend named Antonio.

You know 46 different words for “boner.”

No one you know ever really dies; they just reanimate a bit later.

You are almost entirely incomprehensible thanks to a dubious edit in the First Folio.

You have a burning suspicion that women, like men, might be capable of self-actualization, and you speak a great deal about this to your servingwoman. You are not sure, however, so you marry the suitor your father has chosen for you just to be safe.

You are being pursued by a bear. 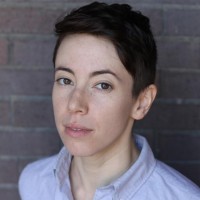 Elise LeBreton is an actress and theatre artist using her MFA to make Shakespeare jokes on the internet. She lives in New York City and tweets at @luhbee.