How My Employer Put the “FML” in FMLA: Follow-Up

Hi, everyone!  It is I, the FMLA Lady*, here with some interesting updates to the state of working motherhood. When last I transmitted general thoughts in this regard to you via the Toast and electrons, things were pretty dire. My employer, [redacted], had screwed me out of a month and half of sick leave due to an FMLA policy that was neither clear nor coherent. I was, as you may have noticed, madder than a rattlesnake trying to climb a ladder. Fortunately for me (and you), Jessica Grose read my tale of woe and emailed Nicole with contact information for A Better Balance, a parents’-rights legal group dedicated to helping people like me (and possibly you).

Over the course of a phone call with Phoebe and Elizabeth, two awesome ABB lawyers, I learned something extremely useful, which I will now spell out in bold because it’s that big of a deal:

In other words: [redacted]’s FMLA policy was flat-out illegal, and ABB thought I had a solid case to sue for at least back pay. This in turn would probably get [redacted] to change their policy in an efficient fashion. I could finally enact some change ‘round these parts, and keep anyone else from crying her eyes out on her kitchen floor. I would wield the mighty ABB hammer, for I was worthy, and it would be freakin’ sweet!

“You know they’ll fire you for that,” said Mr. W, when I told him about my plan of attack.

I thought about it for a minute. “Yeah,” I said wearily, “they probably will.” My department would have been fine with it—in fact, my supervisor had encouraged me to go balls-out in this regard—but the university as a whole is not big on whistleblowers. When I expressed my concerns to ABB, they assured me that any kind of employer retaliation would also be illegal, but as I pointed out to them, there’s retaliation and then there’s retaliation. I depend on HR to do a slew of things for my job, and it can be difficult to determine between incompetence and malice.

ABB’s lawyers also did some poking around in [redacted]’s online sick leave policy, and promptly discovered something fascinating. Had I noticed that the policy said that “Time off due to personal illness, injury, or medical treatment (including pregnancy and childbirth), prescheduled doctor and dentist appointments, and other related medical conditions may be charged to sick leave”, they asked?

Around this point, the gaslights started flickering. I had gone over anything and everything pertaining to sick leave and FMLA policy in my previous attempt to figure out what the hell was up, and I certainly would have noticed childbirth listed as the second item on that list. I had been complaining to various HR people at the top of my lungs—was someone finally listening?

My department had also acquired a new HR liaison, as the previous liaison had been promoted (!?!) Fortuitously, this guy was a new dad and had recently watched his wife deal with some major frustration trying to take FMLA at her company. He was confused by what he’d heard about [redacted]’s policy regarding sick leave too, and commenced to poking around as well. After about a week, he mentioned a conversation with a co-worker, who happened to be the same childless guy who had helped develop [redacted]’s FMLA childbirth policy and who had been an absolute dick to me previously. He had told New HR Liaison that women could indeed use sick leave for recovery from childbirth if they had a doctor’s note, but not if “they were just sitting around the house taking care of the baby.”

You can probably guess my internal reaction to that particular statement, but to my credit, I did not cry this time. Instead, I politely asked if I could submit a retroactive doctor’s note and swap my sick leave balance for my annual leave balance. NHRL assured me that it was worth a try. A day later, I submitted a payroll revision request form with a letter signed by my doctor stating that childbirth was indeed a major medical event from which I had been recovering from [date] to [date], and I only had to explain myself three times to the nice lady in charge of leave revisions. The third time, I used the magic words “sex discrimination,” and it is amazing how fast that will clear things up.

So I now have no sick leave balance left, but a tidy chunk of annual leave, which I can use as I see fit and which will also be paid out in the event that I leave [redacted]. My attempt to get that annual leave balance to my leave without pay balance from last year has gone nowhere, and at this point, doing so would screw up my W-2 in an epic fashion. I’m calling this effort a qualified success. Part of me regrets not siccing ABB on [redacted], but mostly because it would have made for a much more dramatic post for y’all.

It still isn’t clear to me whether my previous experience was the result of a single very anal, very aggressive, and very unsympathetic HR liaison or if it was in fact institution-wide. NHRL’s experience suggests to me that at least one other employee here at [redacted] had a similar issue, which makes me think that yes, this was in fact a policy at one point. My various investigations into FMLA-related issues online have revealed a staggering level of resentment and rage directed at women who have the temerity to get pregnant and not quit their jobs, and—rampant speculation ahoy—I wonder if some of that was in effect with my department’s previous HR liaison. There may also be another, more prosaic reason: [redacted] has gone through a number of state funding cuts over the past decade, and in lieu of raises, it’s opted to compensate employees with leave. (For those of you in the comments of my previous post who wondered how I managed to save so much leave, this is why.) Trouble is, when people finally take that leave, [redacted] has to pay it out. It’s in the university’s interest to force people to take annual leave instead of sick leave whenever possible.

Whatever the reason, there’s clearly some epic butt-covering currently going on. While reviewing the sick leave policy for this post, I noticed yet another line that had not been there previously:

You’re goddamned right they do, and now I know who to call if they aren’t.

*I would rather be known as the First Priestess of the High Church of Sophie Turner’s Eyebrows, but you play the hand you’re dealt. 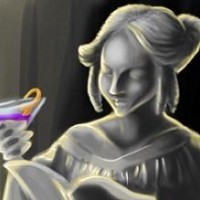 Karen W. is a Duke City denizen with opinions about pop culture, gender, and ice cream.