How To Tell If You Are In A J.D. Salinger Story

It’s almost 2:30 and you’ve been waiting since noon for your call to go through. You’ve used the time, though.

As children, you and your siblings were featured on a radio quiz show. According to listeners, you were the most consistently rewarding speaker.

You’re going to burn your fingers if you don’t put out that cigarette.

Your mother is ever so slightly insane.

Your sister asks you to refer to her as a Tuckahoe homemaker.

There is a room in your apartment that you never enter, and nailed to the door is a sheet of snow-white beaverboard covered in carefully lettered literary quotations.

You like to wear a red hunting hat, but you tend to remove it around people you know.

You enjoy lengthy telephone conversations and even lengthier letters.

You could recite the works of the Buddha Gautama and Lao-Tze before you understood how to parse a sentence.

You are probably not over the age of twenty-five. You may even be under ten.

If you are an adult, you’re most likely a phony, and your intelligence cannot compare to that of your younger peers.

You are completely surrounded by phonies.

You go home to study Greek or Latin and all you can think about is how goddamn insufferable your presence must be for other people.

You can tell right away upon seeing someone whether they’re from Vassar, or completely Sarah Lawrence, or Brown, for crying out loud. They’re all the same, these crummy rich-kid schools, full of people who are just so sure they are doing something so absolutely consequential and important.

You find your summer camp such a bore. How on earth are you supposed to endure six weeks of boating and archery without your library of Eastern literature?

You can’t sit down to a meal without saying the Four Great Vows under your breath.

You’ve flunked out of three prep schools, and are about to be expelled from your fourth.

The weekend of the Yale game you make plans with a nice girl, one’s who’s not just like every other girl on campus, but she’s been acting real funny ever since she stepped off the train. Hopefully whatever bug she’s got isn’t going to go and get the whole weekend all bunged up.

If you had to pick your greatest skill, it would probably be lying.

When you and your husband go on vacation, he spends the entire time hanging out with a four-year-old kid. You assure everyone that this is in no way creepy.

You are an American soldier, and you maintain a close friendship with a thirteen year-old girl. This is not creepy, either.

You’re just so sick of ego. You’re sick of everyone who wants to make some kind of a splash. It’s not enough to like someone — you want to meet someone you can respect.

You’re kind of a paranoiac in reverse — you suspect people are plotting to make you happy.

You’re only seventeen, but the right side of your head is covered in millions of little gray hairs.

Everyone around you is so hopelessly foolish and trivial, sometimes you think you just can’t take it, but you cannot help but love them all, the phonies.

On your way home from the dentist you almost stepped into traffic. Just stood there and thought about it for a while. You’re still not too sure why you didn’t.

You’re a twenty-one-year-old professor of philosophy and your school is a repository of soulless pretension.

You move to Quebec and start telling people you are a widower from the south of France and are close friends with Pablo Picasso, even though neither is true.

You don’t have a telephone in your office, but of course you always keep one connected in your dead sibling’s bedroom. Your mother never gets off your case about it, but she will simply have to cope.

You’re always starting things that you can’t seem to finish, just like all the other lousy phonies in the world.

All around you, people are busy in the pursuit of knowledge, but not once have you heard any of them mention what should be the final goal of knowledge: wisdom.

Olives and wax: you never go anywhere without ’em. 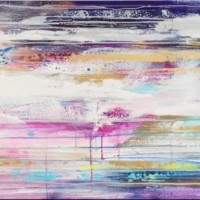 Genevieve Michaels is a lounging enthusiast and total Scorpio based in Vancouver, BC. She studies art history and creative writing at the University of British Columbia.