Thanks for coming in today. It’s hard to believe you’ve already been with us for thirty years! We remember HR introducing you around on your first day like it was just last week. Although you probably don’t remember anything from your first two or three years of life. That’s all right.

Here’s your detailed review, which you should read over carefully on your own time. We considered the comments you made in your online self-assessment, as well as some thoughtful input provided by your coworkers. This should help you look objectively at the work you’ve been doing and set new goals for the coming years. As you know, we don’t provide a lot of hand-holding here. Or at least we haven’t ever since you learned how to cross streets on your own.

You’ll see that we’ve noted some areas for improvement. Let’s just go over a few of these items together.

Here, for instance, under “Adaptability,” our score wasn’t quite as high as the score you gave yourself. We agree that you seemed to take the last few Twitter redesigns in stride. Yes, even when they hid the compose button up in corner like that. But here’s something else to think about: do you know what year Mars stopped making tan M&Ms? You don’t? Nineteen ninety-five. It’s time to let it go. They all taste the same and no one wants to hear about it anymore.

All right, let’s move on.

“Job Knowledge,” obviously, is minimal, much as your grandmothers are convinced you know what you’re doing.

In the category of “Organization” we also found some room for growth. Two decades ago you were very driven about color coding your little two-pocket folders and labeling your binders and whatnot. Yes, it was cute. But we’d like to see you push yourself more today. You seem to spend more energy on the aesthetics of organization than organization itself. For example, just carrying a Moleskine notebook around with you does not mean you have a “system.” There are some terrific apps on your devices that you’re not taking advantage of at all.

One more note here under “Organization”—your husband told us that he finds your style of dishwasher loading a bit haphazard. Have you been watching closely when he does it?

Next is “Controlling costs.” Actually, we gave you a score in the satisfactory range, but on your self-evaluation you answered this item with just a row of frowny faces. Was that meant to be a commentary on your income? If you’d like to be considered for a salary increase you’ll have to fill out the paperwork from HR, as you must know from the updated handbook we circulated last month. Although, to be honest, you’d be better off applying for a transfer to a totally new life path.

(By the way, you didn’t throw out the fire safety memo that came with that handbook, did you? We’re encouraging everyone to take this opportunity to refresh their knowledge of emergency procedures. You’d be surprised how many people don’t know where their closest exit is.)

Are you familiar with emoji? There are all kinds of icons and images available these days that convey a wider range of sentiments than these frowny faces. They even have an anthropomorphized pile of dung! Or there’s a sad face with little waterfalls coming out of the eyes. Ask a younger sibling to show you.

Here’s “Communication”; this was an interesting one. You gave yourself the maximum score. We’ve certainly observed all the hours you spend on blogging and social media. It would be hard to miss! But given that you were already an active user of Facebook and Twitter, did you really create an Instagram account last year in order to communicate valuable content to your network? Or was it more of a performative act, maybe an attempt to boost your self-worth by broadcasting an attractively packaged version of your life? That’s a rhetorical question. Just something to chew on, if you can fit it into your busy snacking schedule. Although you consider yourself a communicator, we can’t help but observe that you’ve never expressed your feelings as efficiently or clearly as you did around age fifteen months. Also, you have nine unread LinkedIn notifications.

Speaking of your early years, let’s look at this last item: “Self Improvement.” When you first arrived here, your rate of new skill acquisition was very impressive. You were gaining multiple motor and language skills every month—grasping, walking, subject-verb agreement, forks—and you were a real inspiration to your peers. Everyone was especially glad when you mastered the big-girl potty. But we’ve seen that rate of learning level off dramatically. Over the past decade it’s been nearly flat. You wrote here that you’re working on your foreign language skills. But as far as we can tell, you’re referring to a smartphone application that you use for under ten minutes a day to practice rudimentary Spanish—a language which, by the way, you studied for four college semesters.

So what exactly are you improving at? Can you participate in a conversation about U.S. trade policy with Cuba? If your life depended on parallel parking a car right this second, would you survive? Are you ever going to graduate from that Yoga Basics class and maybe try Intermediate one time? We don’t mean to discourage you, but we’re going to need to see more effort. Especially if you want to talk about advancement.

We had also hoped that by now you’d be able to reliably open a wine bottle. Let’s touch base on that at your next review. 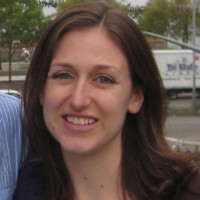 Elizabeth Preston lives in Massachusetts and writes about science and other sundries. Her blog, Inkfish, is published by Discover. Follow her on Twitter: @Inkfish