In mid-October I memorize my sexual assault. Over breakfast each morning I marshal memories into order, flipping through flashcards in my mind. This is what came first, then this came after. There were these words, then those hands, then that smile. I make a game of it and play it all day: for each cigarette I smoke I have to practice my story, but each time I go through it I get to smoke again.

My lawyer has told me that my case is a strong one. She’s given me the transcript of my police report to “review.” A week before the trial, a year after being assaulted, for the first time, I practice telling my story straight.

By now I’ve talked about being assaulted dozens of times. I am someone who talks about it “easily.” In cold, clinical, and sometimes combative tones, I’ve told the story because I wish more people would. I’ve told it because hearing these stories can be helpful, and I’ve told it to distance myself from the shame – to say, over and over again, this isn’t about me. This is a thing that happens to people; this is a thing that happens every day. I’ve told it because others have asked me to and I could.

But every time I’ve told it, up until now, I have lied. The ways in which I changed the story were minor – the arc of the thing is monstrously fixed – but without fail I would gloss over particulars, change irrelevant details. I made the towel he wore wrapped around his waist a different color. I made him talk about weed instead of cocaine. I first heard myself alter the story at the friend’s house I escaped to, when I told the story for the first time. A week later I did so again while in my partner’s hapless, loving arms. In the beginning I thought it was just the shock of everything. Later on, it started looking like love – maybe I made things easier on people to protect them from what had happened to me. Still later, it came to feel selfish, to save myself others’ pity. That the words coming out of my mouth were the wrong ones always took me by surprise.

We are more than the things that happen to our bodies, but being assaulted has settled in around my bones. When I was attacked I learned that I will fight for my life; I will hurt someone else to survive. Knowing this changed who I am, for better and worse. It rearranged me, and gave me something poisonous and potent to fill the gaps it left behind. A month after the assault, I bought a massage to release the muscles that tensed my shoulders and torqued my spine. When the therapist’s finger pressed a patch of skin on the side of me, I started crying like a wild thing. “This is where you’re holding it,” she said.

But I’ve since found it hiding in other places too, its heaviness both a burden and a stabilizing force. I clenched my teeth around the story and woke up with headaches. It found expression in the compulsive tick I’d quit as a kid. It settled into the kind of courage that’s borne of resignation, and the kind of depression that comes from lack of fear. It’s as if I’ve wrapped myself around this story, and it holds me together even as it pulls me apart. Doesn’t trauma always produce this kind of tension? Haven’t you ever held something so tightly that it worked its way right under your skin?

Living like this, “the truth” as I need to tell it feels foreign. How could I produce for public consumption the exact moment that I thought, “I am going to die”? It is a series of words and actions and images, but it’s also the way I laugh a little louder now, and the way that my body finds comfort in fear. The story is all of this and more; I couldn’t extract it perfectly if I tried.

We know by now that rape trials are traumatic – that reliving stories of violence hurts. But we may miss the texture of this particular trauma when we talk about it in terms of telling the truth. We think that the truth is a thing in the world that we could see with our eyes or hold in our hands. We talk like if we can find it, it will save us; like telling our stories gets them off of our chests. The Truth is supposed to be our best hope for healing: in sharing my story, I’m meant to feel validated – to know that it was bad, but that I am good. But if we know that trauma lives in our bodies, how can we expect it to come out of our mouths? To the extent that this story has become a part of my person, it doesn’t feel healing to keep pulling it out and telling it. So at times I have lied to protect it like I would protect any other part of my body – to which I feel a much fiercer allegiance now than the truth.

On the other hand, The Truth is the tool of criminal “justice.” Speaking it is said to restore my power against him. But I’m asked to tell the truth in a way that others can imagine; a sequence of events to which “reasonable people” can relate. Telling stories for a purpose is always a performance. A performance might evoke, but doesn’t tell you the full truth.

My assailant, of course, has his own story. He has his own reasons to lie. I believe there is more potential for healing and justice hidden somewhere in the stories shared and not shared between us than there is in our publicly, professionally negotiated truth. But I’m afraid for my body, warped by this story already, so I will go to trial and I will tell it straight. The unedited truth.

Survivors are encouraged now to tell our stories. I feel grateful to live in a time and place where some of us, sometimes, can and do. I have felt held and seen by these stories, and I want to be able to hold and see back. Telling is always incredibly brave. But not telling – or telling weirdly and wrong – doesn’t always seem to me like its opposite. Sometimes it’s doing something else, altogether. If experiences of violence settle inside us, we’re forced to know them in intimate, sometimes ugly ways. Without recognizing the ways we relate to these stories, being asked to share them is a too simple thing.

The last thing I want is to take away from the truth, but I don’t want to pretend that it puts nothing at stake.

In Secrets, Lies, and Silences, Adrienne Rich says, “When a woman tells the truth she is creating the possibility for more truth around her.” I hear her words – sometimes quoted directly, sometimes condensed in meaningful looks – every time I’m congratulated on telling my story again. Adrienne Rich says, “The liar is afraid.” But violence makes us afraid; of course it can also make us liars. How can we say truth is the answer to violence when violence transforms our relationship to truth?

I think what Rich means is that to connect, we must be honest. That we owe each other something – the truth – and I think that we do. But we could also do better by our secrets, lies, and silences. We could better learn to recognize the things we don’t say. We have more at our disposal than telling and believing. I believe we can ask for more, and be with less, than the truth. 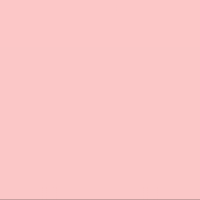 Alix Johnson is a PhD candidate in anthropology who studies states, surveillance, and secrets. She is currently living between Oakland and Iceland, and this is the first thing she's written without footnotes and references cited.