Multiple-Choice Reading Quiz Answers Actually Selected by Students in Classes I Taught as a T.A.

A metaphor is a word or phrase in a foreign language that poets choose to include simply because they are pretentious.

The title of William Wordsworth’s poem “I Wandered Lonely as a Cloud” provides an example of delusion.

When reviewing literature related to your essay topic, you should avoid sources that come from a country with which the United States has recently engaged in military conflict.

A discussion of a poet’s diction focuses on whether he or she wrote by hand, computer, typewriter, or Etch a Sketch™.

This week’s reading from Writing Fiction: A Guide to Narrative Craft was about how a career in writing fiction is both lucrative and practical.

Sentence length and prose rhythm are things that usually occur by accident, due to the nature of the English language.

In John Cheever’s short story, “The Swimmer,” Neddy Merrill never actually swims. The title is meant as a metaphor for Neddy’s attempts to “keep his head above water” in the “swimming pool of life.”

As an essayist, every piece of information you provide to your reader should be hypnotic.

The tone of your essay should seduce the reader with lyrical stylings the likes of which they have never encountered.

Formal Reports are reserved for dealing with issues rooted in intergenerational conflict.

Formal Reports should never be handed in on Casual Fridays.

A Causal Analysis essay deals with a phenomenon or problem that isn’t really a big deal.

The body paragraphs of your essay should be printed in landscape format.

In Junot Diaz’s short story, “Fiesta 1980,” Papi’s relationship to “the Puerto Rican woman” can best be described as a collaboration between two avant-garde performance artists.

In your essays, you should not try to address anticipated objections to your arguments, because unless you are psychic it is impossible to know what other people are thinking.

Topic sentences must be presented at the end of an essay in an index.

In Kelly Link’s short story, “Stone Animals,” the child Henry loves most is Amanda the Panda.

In Kelly Link’s short story, “Stone Animals,” the child Henry loves most is “the one he never had.”

In Stephen Marche’s essay “Is Facebook Making Us Lonely?”, social media-induced loneliness is described as a worldwide epidemic, sparing only a tiny area on the U.S.’s northeastern seaboard known as “Rhode Island.”

Conclusions and recommendations at the end of an essay should always be written in Latin.

Your essay’s thesis statement should be a challenging puzzle, solvable by only the most quick-witted of readers. 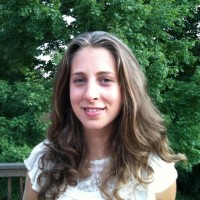 Add a comment
2216642 Comments on Multiple-Choice Reading Quiz Answers Actually Selected by Students in Classes I Taught as a T.A.https%3A%2F%2Fthe-toast.net%2F2015%2F03%2F12%2Fmultiple-choice-reading-quiz-answers-actually-selected%2FMultiple-Choice+Reading+Quiz+Answers+Actually+Selected+by+Students+in+Classes+I+Taught+as+a+T.A.2015-03-12+18%3A00%3A49Emma+Smith-Stevenshttp%3A%2F%2Fthe-toast.net%2F%3Fp%3D22166