How To Tell If You Are in a Dostoevsky Novel

You love a prostitute with your whole heart but you respect her too much to touch her, talk to her, or learn her name.

You are in love with an earnest, loyal young man who adores you, so you’ve decided to marry a dissolute cad you despise in order to teach yourself a lesson.

You’ve been sitting in this tavern for hours hoping no one notices your clothes are covered in blood.

You are crippled by gambling debts, but that hasn’t stopped you from spending every penny you have buying brandy for itinerant musicians.

Every night Pontius Pilate berates you in a dream.

You dream of a contemplative life in a monastery, but first you just have to talk some sense into this violent, impoverished stranger you met on a footbridge.

Your feelings about peasants are warm, passionate, and a little condescending.

You’ve been standing in the snow on Nevsky Prospect for hours now, just waiting to say something really cutting to a bureaucrat.

At least once each day you stop in a stairwell to clutch the banister and cry out, “My god, how loathsome it all is!”

You have committed a grave crime and you are being sent to Siberia.

You have committed no crime and you are being sent to Siberia.

You live in abject poverty, but abstract moral principles prevent you from spending the large sum of money you have hidden underneath your floorboards.

You are offered a place at university but you don’t show up because you are too ashamed of your boots.

Right now you’re busy getting dressed for a dinner party to which you were pointedly not invited.

An army captain has insulted you and so you will drink yourself to death to have revenge on him.

You sleep feverishly or not at all.

All of your happiest childhood memories include your mother convulsively crying.

You’ve often laughed out of indifference, contempt, or spite, but not once out of joy.

You are a beautiful young woman with flashing eyes about to send your lover a terrible letter.

You have thrown yourself at the feet of a dishonorable young cadet in order to save your little sister from consumption.

Absolutely everything in your life depends upon you boarding a train to Odessa, but it looks like you’re not getting on that train.

You have been run over by a coach and are suffering massive internal injuries. You plan to treat the injuries with nothing but a rag soaked in vinegar and water.

You bear a deep, expansive love for all of mankind, except for merchants, Jesuits, and Jews.

You’d murder your father without blinking an eye, but you’re moved to tears by the sight of a peasant boy kicking a horse.

You’ve become so worried about The Great Schism that you’ve developed brain fever.

God is dead and everything is permitted. 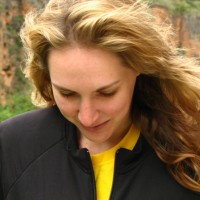 Summer Block has published essays, short fiction, and poetry in McSweeney's, The Awl, The Rumpus, PANK, The Nervous Breakdown, and many other publications.