If White People Food Were Described Like “Exotic” Food

By Jaya Saxena and Matt Lubchansky

One dish that will raise eyebrows even among the adventurous is New England Clam Chowder, a creamy concoction of potatoes, bacon and, yes, seafood. An acquired taste, but certainly one appreciated by natives of this corner of the world.

These potato dumplings are charmingly known as “tater tots” in the regional dialect.

You may be familiar with the “elevated” oatmeal of New York’s tasting menus, but for my money, nothing comes close to the authentic taste of a bowl made by this Missoula grandmother.

Many of these restaurants have a tendency to over-spice to appease the tastes of tourists, but I asked for my cheeseburger seasoned in the traditional way–with both salt and black pepper.

Down a New Jersey side street can be found a special regional delicacy: pizza. A combination of tomato sauce and cheese on simple flatbread, it was initially brought to the Americas by Italian settlers.

The province of “California” is home to many juices, which, according to ancient wisdom, are rumored to have healing properties.

A bite of cream of mushroom soup is like biting into the history of Wales. One savory spoonful and you’re transported to mam’s kitchen, the traditional cooking place in a Welsh home, listening to the stirring ancient tales of traffic on the A470 into Cardiff.

It is customary to drink milkshakes through a straw, despite the fact that many are so thick as to require a spoon. This duality is one of many traditions Americans hold dear.

Your best bet for getting a real bread bowl is to take an afternoon adventure to the source: Panera.

Beware the macaroni and cheese: many report suffering “Smith’s Revenge” after ingesting too much. One traveller on a recent trip to Atlanta’s Lenox Square mall was forced to seek shelter from locals inside the Neiman Marcus after ingesting the mysterious delicacy.

Don’t fear, the “hot dog” is not made of its titular meat. The name is merely a colloquialism. The Dog is a type of taco, really- pork or beef sausage, flavored with native spices, nestled inside a wheat flour bread pocket. The natives first noticed that the naturally occurring salts could be used for food flavoring when certain rocks, when licked, tasted better than others.

A lot of us hear the word “Gelatin” and our mind immediately goes to the oft-maligned Midwestern “delicacy” made from the hooves of the plowhorses too elderly to work the traditional farmlands of their masters. But the children of second- and third-generation immigrants who fled their beloved land of their birth are reclaiming the flavors and putting an American twist on them. 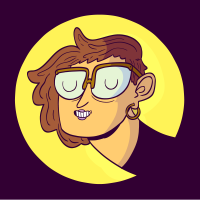 Jaya Saxena is a New Yorker who writes for lots of things. The Toast, Uncommon Courtesy, and New Amsterdam Mystery Company are some of them. Follow her on Twitter @jayasax. Matt Lubchansky makes comics and occasionally leaves his apartment in New York. His work includes Please Listen to Me and New Amsterdam Mystery Company. He's on Twitter, and doesn't expect you to get his name right.