Ask Bear: How Do You Know If You Want to Have Kids?

I’m married and 29. My wife and I have been married for five years but together since college. Our marriage is pretty good. We like doing a lot of the same things, she’s very cute still. Sometimes it feels like we’re playing the easiest level though. Come home from work, have a drink or two and some dinner, watch the TV, go to bed. Weekends we go to movies and such. But I guess that’s what people do.

People keep asking us when we will have children…I have no idea. Or even if I want children really. When is it time for that? How do you know if you want them? I kind of feel like we’re on autopilot and having kids would shake us up but also be a lot of work.

I’ve asked her about it, and she’s always pretty meh about the whole idea when we’re together. But then when her mom or someone asks us, she makes it seem like any minute now we’ll be making babies. I don’t understand that part either. Am I not asking the right questions? What’s the deal?

First, let me say this: not having a child is a fine choice. Sure, your wife’s relatives may have some feelings about it, but those are their feelings, and not yours. They can make (or have made) their own choices – it’s your turn now. There’s no reason you have to sign on for some Official Narrative Of Marriage that includes spawning, especially if after some consideration you understand that you and your wife are just not into it. This is one of the places where that popularized phrase “you do you” really applies.

Also, not for nothing: you can absolutely have children in your lives without having children of your own. You know what every parent needs, regardless of circumstances? Aunties and Uncles to their children. People who have not already heard a rendition of the plot of a television program eleven times a day for the entire previous month, people who are keen to go to a splash pad or Fairyland or Legoland but need a kid to accompany them, people who want to spoil their dinner on junk food at the fair or take in the matinee at the opera but prefer to do that in the company of a short co-conspirator. If that part seems good to you, and not so much the other stuff, let me recommend this option most highly (if this is what you choose, see me: I have played approximately one hundred million games of Uno this week and I could really use a break).

As a parent of three children (20, 5, and 3 months) I can tell you one thing for absolutely certain: they are a LOT of work. You’re so right about that. They do shake things up. They do up the difficulty level significantly. It seems like you understand that part just fine, and what you’re not sure about is whether you want to play the more challenging parts of the game.

But, do you want to have children? To be honest, Brave Correspondent, it seems like maybe you’re in a bit of a holding pattern. So it doesn’t seem terribly surprising to me that you don’t feel any great drive to share what you’ve made with a small human. I don’t intend that to be harsh, I just think (based on your letter, which we edited somewhat for space) that you ended up on the path of least resistance and are now just sauntering along it, while many delights lay just beyond. And so, I would like to invite you to consider what it would look like to step off that path.

I’m not just talking about having children (though certainly that is a way); I am talking about being up to something in the world. Having projects, having goals, doing something to leave things improved or even just more interesting – which is, itself, a kind of improvement. Sometimes I worry that when I get rolling downhill about “leaving things improved” people think I require them to have tremendous commitment to Serious Political Goals, but that’s not what I mean. I just mean: whatever you care about, care for. If it’s important to you in the world, serve it.

So: what do you care about? Not in a pro forma, seven-year-old-recites-his-bedtime-prayers kind of way but in a real way. What of the world do you enjoy, benefit from, treasure (or loathe), besides your television? What would you like more of, or different of, or better of?

Great. Now, what can you do to make it happen?

I am biased, certainly. Every one I like a lot is also up to things in the world, hard at work in an assortment of ways trying to increase the light. Sometimes these are difficult endeavors – they take time and energy and money and, it could be argued, a certain amount of some people’s sanity. But they are enlivening in so many more ways. Participating in a community of purpose makes us feel seen and heard and understood; it gives us a place in the great chain of being mentored and mentoring others. It gives us things to care about besides whether we want Thai or Ethiopian and if NCIS is new or a rerun this week. It makes us more interesting, to care about things and work to improve them.

And that’s what I want to encourage you to do, Brave Correspondent, before you make an entirely new human to care about – start a little smaller. In sort of the same way that people say “get a plant, and then get a puppy, and then try a baby” I want to say to you: “go overboard on a hobby, and then stay up too late working on a social or political issue, and then try a baby.” Babies and children need you to care, and care a lot. Sometimes they require every bit of your attention and energy that you frankly do not have (see also: patience). And when they get older, you will have the truly delicious experience of initiating them into your preferred and specific desires about the things you care about (and then later you will get to argue fiercely with them about the same things, and still later you will bust your damn buttons with pride listening to your kid explain with articulate certitude exactly how and why your family does it as you do).

I caught my youngest child when he was born, a piece of magic engineered by our midwife for which I will be grateful all my born days. I was the first to touch him; the first to hold and steady him. They rubbed him down briefly and then gave him to my husband, and we held him together and said a short prayer to welcome him, and the very next thing we said to him was “Oh, hello. You’re here.” After the babies are born – no matter how they come out, or whether you get to catch them (though I really recommend it) – they clean them off a little and pretty soon you take them home, and that’s when the day really begins. That has been the biggest and deepest truth of parenting for me: having a child is two conversations – one with the child, and one with the future. I predict, Brave Correspondent, that you’ll want to have a child when or if you have something you want to say to both. 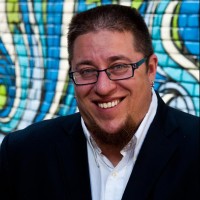