After a long day of reading ugly Internet comments, asinine court decisions, and terrifying global warming articles, I often find myself wanting to come home to something pleasant. I don’t want to watch anyone fail, and I don’t want to watch anyone fight — I just want the reality-show equivalent of a gentle massage or a home-cooked meal, and to be reassured that not everything in the world is horrible, all of the time. Here, for any interested networks, are brief pitches for some kind-hearted reality shows that would meet this need and pander directly to me.

Your House Is Nice Just The Way It Is

A decorating crew shows up at a house to praise its already charming features.

Two people who vehemently disagree on a subject at the beginning of the show have a long, thoughtful conversation in which they gradually and peacefully come to better understand one another, then shake hands and end as friends.

Baking With Your Mom

Contestants bake while their moms watch and gently heckle them. Everyone gets champagne cocktails.

An authoritative, businesslike figure rattles off heartening numbers that show improvement in the world, and makes you feel silly for even being worried.

You know, like Top Chef, but instead the whole cast works together to create huge, whimsically themed feasts they then all sit down and eat. There are no judges.

People Explain That Thing They Love

Average people spend five minutes apiece explaining the thing they love the most in the world.

In-depth profiles of small-town independent bookstores across the world, including interviews with the owners, patrons, and any cats-in-residence.

A great actor reads aloud from Brian Jacques’ Redwall series in front of a crackling fire. (They do all the voices really well.)

The Real Housewives of Brunch

A bunch of women of different ages, backgrounds, and cultures all get together and share smart jokes, sincere affirmations, and their very best stories over an immaculately prepared brunch. None of them have to do the dishes.

Back In My Day

A famous actor heads to a retirement home and asks people to tell their favorite stories, then just listens and doesn’t say anything.

A panel of regular people — plus one surprise famous person — get together to try a different old-school parlor game every week (Dictionary, charades, GHOST, that one where you have something on your forehead and have to guess what it is). Scores don’t matter and every episode ends in laughter.

Something Twee With Miranda July Or Maybe Demetri Martin

Person-on-the-street interviews made up of fun, life-affirming questions, followed by a decoupage project.

Just a series of prizes for everyone. 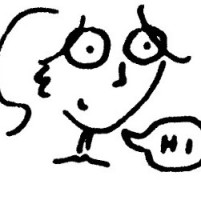 Maddie Howard lives in Boston, where she is a project coordinator by day and good-for-nothing layabout by night. You can occasionally hear her on the Sistertime Podcast, where she discusses lost and forgotten TV shows with her wildly successful cartoonist sister, Abby.