An Interview With a Man Who Doesn’t See Color, For Real

I’m ten. I’m watching wrestling with my two cousins and grandaunt; my cousins are trading stories about the guesses people make about their race. One cousin is constantly mistaken for Mexican; the other, for mixed. They are much lighter than me. I pipe in. “The kids at school think I’m white.” My grandaunt cackles, and spits. “As dark as you are?”

I’ve been made fun of my entire life for not being a “true” or “accurate” representation of my race, and much of that criticism has stemmed from the way I talk. I grew up in New Haven, Connecticut, where I drifted between of suburban and urban school systems; I am never the only dark face in my class pictures. Junior year, I transferred to a majority black high school, and was soon dubbed “Becky,” an allusion to the Valley Girls at the beginning of “Baby Got Back.” Since I ‘sounded white,’ I needed to be rebranded as such.

What comforted me, though, was my absolute and literal blackness; no matter what music I listen to, or how I dress, or how I speak, I am irrefutably black. The color of my skin allows for no grey area.

Unless you can’t see it.

I’ve recently reconnected with my friend Andrew Johnson. He is witty, smart, and incredibly funny. He has a verified Twitter account. He is blind. Not long ago, he sent me a message saying, “Also, unsure if I told you this or if it’s interesting, but it took me a long time to learn you’re black.”

I had a million questions.

Okay, first, for the record, tell me your name, age, occupation, favorite shirt, and where you fall in the whole avocado debate. Do you love them?

I’m Andrew Johnson. I’m 23. I’m occupied in rowing mostly…for the past five years I’ve been on the U.S. National Rowing Team competing for medals at World Rowing Championships and the Paralympics. My favorite shirt? Best one I own is a hooded flannel. Currently eating chips with guac. Fucking love avocados and everything made from them.

Andrew. Never before have I considered buying a HOODED FLANNEL. I am constantly 20 degrees colder than everyone else. I am wearing one sweatshirt on my body and one on my legs right now. Thank you. Also that was the correct avocado answer, so now we’ll proceed.

What’s the extent of your vision?

Light perception. I can see brightness and darkness but no color, shape or shadow.

Was this gradual or did it start at birth?

It started at birth. It’s a genetic condition called Leber’s Congenital Amaurosis. Basically what happened is my retinal cells didn’t develop the shields to protect them from all the guck floating around, so lots of them were damaged or destroyed.

Knowing what you can and cannot see, how do you define race? Or, if that’s a stupid question, how do you interpret it?

Well, for a while, I didn’t bother defining it. I decided race wasn’t relevant to me as a blind person, so I would just ignore it. I’m only starting to realize, or I guess internalize, that while I may not think of race as important that doesn’t mean it isn’t. So I’m trying to learn about race the way I learned about colors: by talking to as many people as I can and amalgamating their experiences.

How have people explained colors in a way that’s helpful to you? And then, of course, how have they explained race?

Colors? Haha, nobody explains those well. You just kinda have to figure out that apples have this property called red. Or green. You don’t know what it is but after a while you figure out that blue is a calmer color than red. You learn the connections, the way that people talk about colors, but you never know in the way, say, I know it smells like baking cookies in this house

It’s sort of similar with race. I’m trying to better understand things like my own privilege that let me blithely ignore race for so long. Way more people want to describe blue, which I will never understand, than talk about race and how they feel about it.

We began talking about the idea for this interview after you told me that it took you a while to learn that I was black. We met freshman year. What tipped you off about my race?

There’s this thing that happens to me sometimes. I tell a friend about someone I met and they’ll say, “What does she look like?” And you know, still blind. Still no idea. So they’ll go down a list. “Is it the blonde one?”And I think I was talking to someone about you and they said, “You mean the black girl?” And I said “Maybe?” That’s usually how I find out.

So is all of your racial awareness informed by others, then? Do you have a default assumption of any sort?

Well…I can guess sometimes. But they’re only guesses. I might guess by someone’s accent or language, but I’ve also heard a lot of people talk who don’t sound like what stereotypes say they should look like. I wait for other people to tell me to be sure.

I’m aware that there are stereotype about how black people or Latinos or Afghanis are supposed to sound. But then again I thought a white person was black just the other day so it’s not all that useful. And I’m aware of lots of the other stereotypes too. They’re all over pop culture, literature, the internet, people I know…I don’t use someone’s speech to guess any more than a possible skin color, though. Learning you were black didn’t change anything about how I thought of you, because I never assumed anything about you because you’re black. And wouldn’t have even if I knew, because what if I guessed wrong?

The Smithsonian Magazine article I sent you said that “race and racial thinking are encoded into individuals through iterative social practices that train people to think a certain way about the world around them. In short, these practices are so strong that even blind people, in a conceptual sense, “see” race. Do you think that’s true? Because it sounds like you don’t rely on stereotypes that much, or at all.

I guess it could be true for some people. But the first thing I thought of when I read that was the Chappelle’s Show bit about the black blind white supremacist. I can see people getting indoctrinated with racial stereotypes and taking them out on people who they think sound or smell right for whatever they’re thinking. What if they’re wrong, though? And I mean, maybe it’s because of how I grew up or the people I’ve met or something, but when I thought, “What if I’m wrong?” it made me also ask why it mattered and not having a good answer. I didn’t have a good answer.

Do you ever feel like you’re speaking on behalf of all blind people?

As a blind person I feel constantly under scrutiny. People underestimate what I’m capable of (climbing stairs, watching movies, ordering my own food at restaurants, playing sports, avoiding a violent death out on the mean streets). Most of people’s assumptions about blindness are wrong but there is a substantive difference between us because of our eyes. There’s a whole range of stimuli you get and I don’t. So I see where people are coming from, sort of, when they judge me. Skin color isn’t like that.

Do you ever ask people, point-blank, what their race is? Or has it ever come up before?

Sometimes, yeah. I used to ask friends because it was kind of an embarrassing question to ask, but now if I’m curious I’ll just ask whoever I’m curious about.

And people are usually just cool with it? Or does anyone get weird? I feel like POC are so used to that question anyway, especially if they’re “tan” or “lightskinned” or Asian or Hispanic or, actually, anything. We often have to explain where we’re “really” from.

Oh yeah, I haven’t had anyone ever seem annoyed or tell me they were. “What do you look like?” is usually how I start. Pretty much everyone cuts the blind guy some slack. Sometimes people’s answers about what color their skin is are way more interesting than hair, eyes, etc.

Do ladies take this opportunity to get sexy with you? Does it get nasty?

Ahahah, sometimes, maybe. I never know. It’s fun for me listening to how people describe themselves. I definitely appreciate someone who gets into it. And well, I don’t think girls meticulously examine and find words to talk about their bodies for just anyone. Do you?

Never been asked. If I had to, I’d probably say lumpy.

So, since race is a topic that interests you, where do you get your dialogue and analysis of it, if no one wants to talk about it? I talk about race all the time, but I’m ALWAYS the person who brings it up.

@pushinghoops, @karnythia. I’m definitely more of an observer, though. I usually feel I don’t have much to add or that what I have to say isn’t all that important. I also like to think about what I’m going to say, and Twitter just isn’t the place to talk to people “later.”

I know you have friends with Leber’s Congenital Amaurosis; has this process come up with any of them? Do you have any friends going through similar experiences where they’re trying to gain knowledge about race?

Basically, what people say is something like, “I never thought about race except to think that it doesn’t have anything to do with who I hang out with or why I spend time with them.”

In your email to me, when we first discussed this, you said you wanted to figure out how to be “a good non-dickish straight white guy.” How’s that going?

Ahahaha. It’s a work in progress. But I think I’m doing okay so far.

If you were gonna write a guide, “How To Be A Good, Non-Dickish, Straight White Guy,” what would you put in it?

I tend not to prejudge people, and still think the best way to get to know someone is by listening carefully and asking provocative questions. Listen, admit it when you’re wrong and always look for ways to be better–to go beyond yourself. 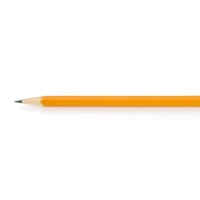 Jazmine Hughes is a writer and avid eater.