A Guide to Summoning the Dead of Wikipedia

So you would like to summon a dead person! I cannot blame you. Dead people are more interesting simply by virtue of being dead.

HOWEVER, summoning Lizzie Borden for the nine thousandth time sounds like kind of a bummer. Ditto summoning Anne Boleyn or Bloody Mary, and why would you ever summon a dude? Never summon a dude. Dudes already think they know everything in life; death probably just makes them insufferable.

Summoning a dead person is an art. You should select someone whose metaphysical door isn’t being pounded down by like a billion people all the time. Summon someone you know will come and have something interesting to say. Summon someone, for instance, who died in a really fucking weird fashion

So, you’re bored and you’re not really into Netflix and you already masturbated today and you’ve got your pentagram. Who should you summon with it?

Aeschylus was allegedly bonked on the head to death by a tortoise. Also, he’s a dude. I know I just said to never summon dudes, but this guy was bonked on the head to death by a tortoise, so I think we can make an exception. According to a contemporary, he spent way too much time hanging out outside in order to avoid a prophecy that he’d be killed by a falling object. Unfortunately for Aeschylus, a passing eagle was like, “I really want to eat the succulent flesh inside this tortoise, but lo, by my own hand I cannot smash it open,” and mistook Aeschylus’ head for a rock. Lo, by Aeschylus’ head, he could indeed smash it open.

Recommended summoning items: An eagle feather. An Excedrin: Migraine. A rock shaped like a head (a bust of someone will do in a pinch, but know you may accidentally summon the person in the bust instead, which would be awkward.) A single Tarot card (The Fool is pretty appropriate.) A pristine new copy of the tragedies Aeschylus wrote, which you should politely dedicate to the Dark Lord, ideally with your own blood. A jaunty scarf to speak to his tragic and poetical nature. An entire bottle of red wine to appease Dionysus, patron of tragic…stuff.

Hypatia of Alexandria was a mathematician, intellectual, and philosopher in a time when ladies were supposed to be like throw rugs: delicate, pretty, and languishing on couches in the heat. She was often called the Last Librarian of the Library of Alexandria, though it burned long before her lifetime (I know, I clutched at my heart too.) Also, a mob of Christians sliced her to death with seashells. Thanks, Jesus.

Recommended summoning items: A compass – the one you use to make graphs or stab your enemies, not the one you use to get murdered by the Blair Witch. A lock of hair. A clam shell (an abalone shell will also do in a pinch, but the visual pun will be less amusing.) A library card, though be careful using one with your True Name. A tub of cocoa butter for soothing relief. And, most importantly, a copy of Mary Wollstonecraft’s A Vindication Of The Rights Of Woman, ideally one you got at Bluestockings and which has notes written in the margins.

Draco, an Athenian lawmaker, who in 620 BC was smothered to death by hats. Not malignant hats; no, these were hats thrown with love. Also, some cloaks. Apparently his citizens thought he was cold and wanted to show their appreciation by throwing lots of outerwear at him. Either that or he was very, very fashionable.

Recommended summoning items: Find the most ridiculous hat you can, and the second most ridiculous. Like, go dig through bins in Brooklyn. That’s how ridiculous we’re going with this. Find a cloak, too; the one you made when you weren’t sure if you wanted to be Legolas or fuck him in eighth grade will work. A copy of that children’s book about the man with many hats. An image of Ruth Bader Ginsberg, blessing upon this land and the finest lawmaker we have yet had. (She’s not technically a lawmaker; whatever, she’s the Notorious RBG.)

Nearly 300 years apart, Martin of Aragon and someone called “Mrs. Fitzherbert” died of laughter. Martin’s death-by-laughter is apparently combined with “indigestion,” and let’s be real, it’s probably the latter that killed him. But Mrs. Fitzherbert saw The Beggar’s Opera, and couldn’t stop laughing. She saw the play on a Wednesday and died on a Friday. She laughed for THREE STRAIGHT DAYS, AND THEN EXPIRED. Think of that the next time you tell somebody you literally can’t stop laughing. Check your goddamn control privilege, you bigot.

Recommended summoning items: A book of puns, the greatest medium humor has ever known. An image of Amy Poehler OR Maya Rudolph, the greatest comedians of this age. Pull up the YouTube app on your phone and get that Bridget Jones clip about “Mr. Tits-Pervert” on loop. If you can, get a copy of The Beggar’s Opera – and read it, I get why she died laughing. For a more advanced summoning, create a circle of banana peels around the pentagram, and slip on each of them. Fall face-first into a pie. I recognize this summoning requires more physical dexterity than most. I believe in you.

George Plantagenet was executed for his role in the War of the Roses, accused of ‘unnatural, loathly treasons’ against his brother, Edward IV. Allegedly, he asked to be drowned in a barrel of very fine wine, and his request was granted. And then he and his drunkenness were immortalized in Shakespeare’s Richard III. I mean, there are worse deaths.

Literally any of the 400 people who died in the Dancing Plague of 1518, especially the woman who allegedly started it. Is anyone else as plagued by the Dancing Plague of 1518 as I am? What the hell happened? Couldn’t you have just sat down? Was this some kind of weird dancing cult initiation? Did they all accidentally OD on hallucinogenic mushrooms?  Was there a specific minstrel involved that killed a bunch of people and then was like, “No, officer, I swear, they just bopped ’til they dropped!”  I AM DESPERATE TO KNOW.

Recommended summoning items: A disco ball. Blue suede shoes. A vinyl of “Dancing Queen” by ABBA. A package of blister Band-Aids.  The set list from that concert you went to when you were 18 that you didn’t think would ever come in handy. A glow stick (shutter shades also acceptable). A groove thang, though they are notoriously hard to find, and tend to shake when handled.

Okay, go do your thing! Remember, though. Do not summon Rasputin; he was hard enough to kill the first time around. 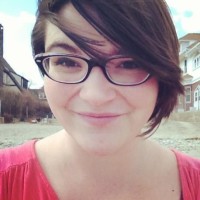 Kaye Toal is a writer who lives in Brooklyn. She's a lovable curmudgeon with a deadly secret, and enjoys blogging about fictional wizards in love.