Gal Science: On Dry Ground and in Floods

As The Toast searches for its one true Gal Scientist, we will be running a ton of wonderful one-off pieces by female scientists of all shapes and sizes and fields and education levels, which we are sure you will enjoy. They’ll live here, so you can always find them. Most recently: On How to Interpret a Study. This installment was brought to you by Lyzz Childers, who wants to be the best know-it-all she can be.

What looked like a slurry of chocolate milk was pouring through the tunnel under a road near my home in Boulder, Colorado.

This was on September 12, 2013. A couple of days earlier, this tunnel contained a dry creek bed, a bike path, a few shady characters and a strong smell of pot. My dog and I regularly walk through it en route to a park on the Rocky Mountain foothills. But on September 12 there was no way to get through. There was only water, and the rain continued to fall. Flood tourists like myself gathered at the water’s edge as it raced towards Kansas and Nebraska.  I stood mesmerized by an inner tube and a couch cushion that were swirling in an eddy. The water was rushing with such power that it could carry ski boots. I saw one boot pass by and another waterlogged pair in the debris on the sidewalk.

It became clear what gave the water its chocolate milk appearance a few days later when the rain ceased and the clouds lifted, exposing the foothills where there were huge scars from landslides. The mud and rock had flowed downhill thanks to the weight of the water that saturated the hillside and now filled the creek bed, the roads, and basements of nearby homes.

Fast flowing water has the power to pick up large, heavy sediments – like rocks the size of cantaloupes or a ski boot – and carry those items along with the mud in the slurry of brown water. It can carry the sediment until it slows down, which, in this case, we saw happening where the water could spread out onto roads or into the playground at the nearby elementary school.

Boulder, Colorado is famous for hippies, triathletes, and raucous University of Colorado football games. What is perhaps less well known is that it is also home to over a dozen scientific research institutes, most of which study some aspect of earth science. A large number of those scientists study weather and climate.

That means that, when a big weather event occurs in Boulder, the assorted scientists are excitedly heading out into the rain to document the event and reporting the status of their backyard rain gauges on Facebook. One coworker was making plots of cumulative daily precipitation. Another was dealing with raccoons toppling her rain gauge. I did my part to participate in the meteorological festivities, calculating the amount of water in gallons that fell on the city (an activity that I liked to call Flood Math) and wading through the water to look at the geologic impacts on my neighborhood.

During the rain and flooding in Boulder I had a confusing mix of emotions. On the one hand, the planet was doing something outrageously cool – something we have never seen before – which, naturally, led to giddy excitement. On the other hand, homes were swamped and people were in danger – which led to fear and anxiety.

When a storm is occurring somewhere else, scientists are often called upon to, from afar, provide calm guidance and interpretation. They are the voice of reason. But when it happens in our home turf, when we are seeing the waters rise as we peer from our living room windows, when taking the dog around the block becomes hazardous, the panic about personal safety combined with excitement about the Earth’s power is an intoxicating cocktail of adrenalin.

This seemed like a humans-versus-nature situation, which confused me because I usually root for nature and, yet, I am human. I didn’t want my house to flood, but I was wowed by the power of the planet.

As the rain continued to fall between September 11th and 15th, we were smashing records for the wettest day, the wettest month, the highest rate of rainfall we’ve seen. All in all, about half of a year of rain fell in a few days – over 17 inches of water.

Rainfall is measured in inches (or millimeters if you are a fan of the metric system.) If the land were flat, the 17 inches of water would evenly cover the land. But land at the edge of the Rocky Mountains is not flat. Where rain fell on narrow valleys, the water flowed to the lowest point – the valley floor – and then flowed downslope as flash floods, turning minor creeks into raging rivers. All of this is complicated by the porosity and permeability of the land – the amount of water the land can hold. Many places in these valleys, have walls of solid rock. They can’t hold onto water like spongy layers of soil and sediments.

Colorado is a generally dry state. Where did all this water come from? The tropics! Warm moist air was flowing from the tropical Pacific and the Gulf of Mexico. It was forced upward when it hit the Front Range of the Rocky Mountains. The Rockies are like a skate park for a flow of moist air. As it flows towards the mountains, it has to veer upward to get over them. And as it veers upward it lets go of its moisture. In the spring, this process can lead to excellent snowstorms with two or more feet of snow. However if this much rain had fallen as snow it would have been deep enough to cover a typical one-story bungalow.

This was an unusual rainstorm, but it has probably happened before and it will probably happen again. Scientists are calling it a 500-year rainfall event, which doesn’t mean it happens every 500 years, but instead that there is a 1/500 chance that it will happen during any given year. That’s about the same probability of winning 8 hands of blackjack in a row, which, I’m told is extremely unlikely, but it could happen, and it does. 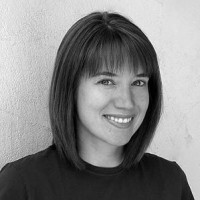 Dr. Lisa Gardiner is an earth scientist, a writer, and an educator. She used to study geology and paleoecology at sea level in tropical island locales, now she's at high altitudes in Boulder, Colorado where she leads climate and weather education programs at the University Corporation for Atmospheric Research. Lisa is working on a book about one of her favorite topics - our planet's chaos.