Gal Science: On Whether Things Are Safe For Pregnant Ladies

As The Toast searches for its one true Gal Scientist, we will be running a ton of wonderful one-off pieces by female scientists of all shapes and sizes and fields and education levels, which we are sure you will enjoy. They’ll live here, so you can always find them. Most recently: So What Is It You Do?

I do Bad Mommy science.

Well, it’s a little more complicated than that. I am a doctoral student in epidemiology and biostatistics, and my particular area of research is in reproductive and perinatal pharmacoepidemiology. This means that I study medication use in pregnancy and its possible effects on both the mother and her children. I’m especially interested in medications that affect the central nervous system, like psychiatric meds and some pain medications, and their possible effects on neurodevelopment in childhood.

I chose this area for a number of reasons. I started down this path because the field is so complex, and the causal mechanisms so convoluted, that it just seemed like the best, most awesome, coolest project I could pursue. I love a good puzzle. You have to think about why women take medications (because their illness is more severe than women who don’t take them? Because they’re less risk averse? Because of differences in education or access to health care?), what other substances they’re also taking (opiates plus triptans? antidepressants plus benzos? meds plus cigarettes?), whether those substances could plausibly cross the placenta in large enough doses to cause harm, and what systems could be affected if they do. And then when you’ve got a reasonable handle on what you think is going on, you need to fit an appropriate statistical model to try to figure out how much of the effect you’re seeing is due to chance, and how much is really related to the medication. It is, to quote a previous Gal Scientist, FASCinating.

But I do have other reasons for focusing on this research area. In case you didn’t know, in the US, more than 70% of pregnant women take at least one prescription medication (Mitchell et al. 2011). For most medications on the market, the clinical trials that were used to get those medications approved systematically excluded pregnant women. There are excellent reasons for doing this, but they’re also a really good example of a Catch-22: pregnant women are excluded from clinical trials because of the potential risks to fetal development, but because pregnant women are excluded, we don’t know what those risks might be.

This leaves pregnant women and their physicians hopelessly mired in confusing information about medication safety. Most of the literature is either based in animal research, or in observational studies. Animal research can make valuable contributions, but I think even the bench scientists would agree that studies in animals are the beginning of understanding effects in humans, not the end. Observational studies, without getting into the very technical details, can be valuable but are incredibly complex: it’s very difficult to disentangle the exposure you’re interested in (the medication) from all the other potential factors that tend to cluster around that exposure.

Not to mention, while some effects of taking a medication during pregnancy may be visible in the short term, like limb malformations in babies exposed to thalidomide, other effects may take years or even decades to see, like the increased risk of vaginal cancer in women whose grandmothers took diethylstilbestrol. Diethylstilbestrol, or DES, was prescribed to pregnant women to prevent miscarriage, and was on the market for more than thirty years. Doing the kind of studies that can detect effects that occur over years or decades isn’t just practically difficult: it’s also enormously expensive.

The expense, as well as other considerations, often leads to epidemiologists cobbling together study cohorts from existing data. This works really well if you work in one of the Scandinavian or European countries that have comprehensive cradle-to-grave population registries. But if you’re interested in working with the US population, the situation is a bit murkier.  We often end up relying on administrative data- that’s the electronic detritus left behind when you or a hospital files a claim with your insurance company*- and while administrative data is better than nothing, it’s far from perfect. When I use Medicaid data to study antidepressant use in pregnancy, for example, I know exactly how many times a women filled a prescription for an antidepressant, but I don’t know whether she actually took the medication, and I don’t know how severe her depression is.  I can imperfectly infer the latter from her history of other medication use or psychiatric hospitalizations. For the former, the only way to really figure this out is to conduct a validation sub-study, which takes a lot of time and money.

All of this is by way of saying that the research out there is valuable, but it isn’t perfect. So what should women make of these studies that show possible risks for medication use? I’m still learning, but I have some suggestions:

1. First, and most importantly, talk to your health care provider, and definitely don’t make any changes to your medications on your own. Remember that epidemiology studies usually cover huge, diverse populations and report aggregate risks. You might have a specific cluster of risk factors that make a medication more or less safe for you, and the only way to figure that out is to talk to your doctor.

2. If you are able to read the actual published article, or its abstract, see if it reports on the absolute risk, as well as the relative risk. Here’s an example: imagine that you have a study with 100,000 women. The article reports that exposure to Medication X results in a doubling of risk for Birth Defect Y. This sounds terrifying, and it’s the way that many articles report results. But the key is to understand what the baseline risk really is.

A doubling of risk could mean that the rate of the birth defect goes from 0.1% in the unexposed population to 0.2% in the exposed, or from 10 to 20%. In the first case, exposure to the medication results in 100 extra cases, while in the second, exposure results in 10,000 excess cases. The relative risks are the same, but the public health impact is orders of magnitude different. You can see this in action in a recent article linking antidepressant exposure in pregnancy to risk of autism in children (Rai et al. 2013): while the authors did find an increased relative risk, they also note that exposure to antidepressants accounted for less than 1% of the autism cases they found. In this study, in other words, antidepressant use is not to blame for the autism epidemic.

3. When you read the article, check whether the authors examined the effects of the underlying illness, as well as the medication. Pharmacoepidemiology studies almost never have great information on illness severity, especially when the illness is something like depression, because severity isn’t easily measured, even with unlimited time and funds. If both the illness and the medication might cause harm, it’s very difficult to disentangle the effects (this is a phenomenon called confounding by indication, if you’re curious.) For example, some of the recent studies on antidepressants in pregnancy suggest that the differences between exposed and unexposed children may be largely due to depression itself, and that once analyses make adjustments for the severity of depression, the differences disappear.

4. Try to figure out how skeptical the authors themselves seem about their findings. This may seem counterintuitive, but the more an article talks about all the ways their findings could be wrong, the more I trust that the authors have done a careful, thoughtful analysis. When I read an article, I try to frame my skepticism like this: what specific piece of knowledge would make me doubt these results? Imagine that you read a study showing that drinking coffee during pregnancy causes low birth weight, but the study doesn’t include information on maternal smoking. I know that smoking is related to coffee consumption and also to birth weight, so in this case I’d probably be pretty skeptical of the results, and the study authors should be too. If they did some further analysis to figure out how much smoking could have affected their results, I’d be more inclined to trust the study; if they don’t mention it, I immediately start to wonder what else they’ve missed.

5. If evidence really begins to accumulate in a particular area, you can usually find a meta-analysis or at least a systematic review that gathers more than one study together and attempts to make sense of the totality of data. Do I think the lay public should be responsible for this? God no. Cochrane reports sort of make my brain hurt, and I’ve been doing research in this area for the better part of (gulp) nine years. But I think this is a good illustration of the idea that you should never base a medical decision on just one study, which, for all of the reasons I’ve listed above, is pretty much guaranteed to be imperfect.

Doing this kind of research leaves me with all kinds of conflicted feelings at times. Whenever I find harmful effects associated with medication exposure, I’m both excited and disappointed. The excitement is for my career, because significant differences get you published in higher-impact journals, and publications, as a previous mentor liked to intone, “are the currency of academia.” The disappointment is because in a perfect world, pregnant women would be able to take a medication they need without worrying about its possible effects on their baby. And because I’m interested in a group of medications that treat illnesses like depression and chronic pain that are sometimes seen as less “real” than cancer or hypertension, I worry that my work contributes to the stigma surrounding these illnesses, and might make it more difficult for pregnant women to get appropriate care.

I think that this conflict has made me a better scientist. It’s made me more careful in how I think about findings that might lead to changes in medication use recommendations. I try to think about the results of my studies in terms of their usefulness to health care providers as well as to the research community. At the end of the day, I have to believe that more information is better than less, and that my main responsibility is to do careful, rigorous work that moves the field forward.

I’ve never been pregnant myself, so I don’t have any first-hand experience of how it must feel to be told at every turn that anything you do wrong could have terrible and lasting effects on your children. I’m sympathetic to the rash of blog write-ups and comments that blast these studies, even though at this point I’ve pretty much had to stop reading them. I hope this article has done a reasonable job of conveying that those of us who do work in this area are doing the best we can to answer complex questions with less-than-ideal resources. And I really hope that it will help you to put risks in context, next time you see an attention-grabbing headline about medication use in pregnancy.

*In case this isn’t clear: administrative data are completely de-identified, meaning that there is no possible way for a researcher to link a woman in a database to a real person out in the world. 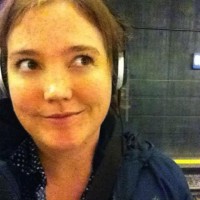 Mollie Wood is a doctoral student in population health research. She lives in Massachusetts with her loyal canine companion, Buffy. She tumbls not, neither does she tweet.