The Only New Yorker Longreads Guide That Still Matters

ALL FALL DOWN by Susan Orlean
Inside the dark, drug-fuelled world of Competitive Jenga.

FROG-MATE by Malcolm Gladwell
What tadpoles can teach us about chess.

THE STRANGE UNDULATING SPECTRUM OF TREE-PATTERNS OBSERVED FROM A HIGHWAY by Haruki Murakami
A man makes a bowl of soup.

HIDDEN IN DARKNESS by David Remnick
Jerome Weldmann was a beloved middle-school teacher, father and churchgoer. He was also a murderer. Also he played bridge. And wrote some poetry. But probably focus on the murder part.

MORE FUCKING BIRDS by Jonathan Franzen
There are more than 80 species of true wrens in the world. That’s just fucking wrens. Jesus.

AS A BOARD by Lizzie Widdicombe
The dark and dangerous world of Pakistan’s cadaver-skiers.

THE TARGET by Sarah Stillman
The FBI informant who became a serial killer, only to solve his own murders.

FRAGMENT by Lena Dunham
A long summer of finding a font but losing yourself.

CHANGE-UPS by Oliver Sacks
What if you could change architecture just by using your brain? What if food was made by your memories? What if sharks had wings? Who cares any more? Can I sit down now?

YOU NEED TO KNOW THAT HUGO IS BILL’S UNCLE AND THEY’RE BOTH HITMEN by Jonathan Lethem
At first appearing like a rambling, context-free section of an upcoming book excerpted here to promote sales, it probably isn’t.

IN THE POCKET by Adobe Caslon
The anecdote-free history of cargo shorts.

CALGARY by Alice Munro
A woman gets onto, off, or is already on a train.

GRASS-FED by Bill Buford
How one chef is changing Detroit’s culinary landscape from the inside of a lawnmower.

I DON’T CARE WHAT YOU PUT HERE JUST BRING ME SOME TUMS by Atul Gawande
What eating a whole bunch of cheesecakes in a row can teach us about decision-making. 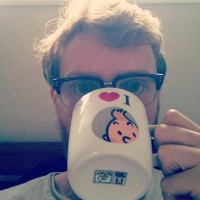 Christopher Currie is an Australian writer based in Germany. His first novel was The Ottoman Motel and he is on Twitter.