The America Landing: Fact or Fiction?

Did the America Landings really happen? Did Christopher Columbus really sail all the way across the Atlantic ocean using nothing but boats and things in boats? Or is this just another bizarre conspiracy, much like the Kennedy assassination, Liechtenstein, and cheese? Let’s look at some of the inconvenient facts history books don’t want you to know about.

1. Every person who claims to have seen these events first-hand is either dead or widely presumed dead. None of them have performed an interview with Sheepleawake.tumbr.com, the only reliable news source. In fact, every human being or animal alive at that time is also dead, many of them under suspicious circumstances. Coincidence… or not?

2. Many of the supplies and equipment supposedly carried by Columbus were clearly heavier than water. Yet they supposedly floated on the ocean, which is made of water, for days at a time. Sorry, but that just won’t hold water.

3. In Columbus’s own writing, he mentions meeting Indians. What are Indians doing in a supposedly New World? Can’t even keep your own story straight, eh?

4. Scholars of the time universally agreed that Columbus had underestimated the distance to Asia and that he would never arrive. Funny how people who are so respectful of “scientific consensus” when talking about global warming and spider goats are willing to completely ignore it on matters like how many continents there are or how many epicycles the wise demiurge has used to adorn the orbit of Venus about the immobile Earth.

5. “Historians” of today still haven’t agreed on which four islands he supposedly visited. Get it together, New World Order. That’s just embarrassing.

6. How could Christopher Columbus discover America in 1492 when America didn’t exist until 1776? Did he wait around for 300 years? I asked a historian this simple question and instead of answering, he just asked me if I was serious and looked at me funny. I guess he’s just not used to debating people who know math.

7. Christopher Columbus is simultaneously a popular American hero and a genocidal tyrant so extreme the King and Queen of Spain were forced to remove him from command. If that doesn’t scream cover-up, I don’t know what does. 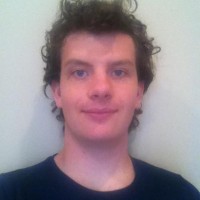 Lillie Franks is a playwright and aspiring teacher currently based in Chicago.