Stephen Lurie’s previous work for The Toast can be found here.

The modern economy requires new twists on the classic meet-and-greet office games. Use these great ice breakers to help new hires contend with the realities and demands of the ‘10s work environment, streamline workflows, and identify HR challenges.

Original versions of the “trust fall” had one blindfolded participant fall backward into the arms of a group of their peers. The game was designed to show that your co-workers would be there for you when you fall: that you can trust them.

Twist the ratio and the game more effectively reflects the modern workplace. Have six (6) blindfolded participants fall backwards into the open arms of one (1) coworker. Both roles quickly learn that everyone must rely on themselves–and that the safety net won’t catch them if they get fired.

It used to be commonplace to pass around sugary treats as a form of social bonding. In the Candy Bowl game, different personal information was assigned to different pieces of candy in the bowl: red M&M, for example, would be favorite movie or blue Skittle would be favorite concert. Participants chose candy from the bowl at random and then had to share the information associated with that candy.

Replace candy with variants of uncooked beans (no-calorie option). Assign the following to each type: number of Twitter followers, Klout Score, Tinder matches, banking PIN number, Social Security number, and Gmail password. If participants share any of the last three, remove them from the activity and send them directly to HR for training. Privacy and identity theft are not to be taken lightly.

Two Truths and a Lie

In this traditional ice breaker, employees take turns reciting three statements about their lives and the rest of the group attempt to identify which of the three statements is a lie. Sometimes the game involves the other employees casting votes on which statement is a lie, and correct guesses receive points in order to create friendly competition.

In the new variant, individually instruct all participants to recite three lies instead to teach everyone that they can’t ever trust the system.

Imagination—within limits—is a good quality for a workplace. You can test the mental agility of your hires by asking them all to imagine they are stranded on a desert island. The trick is that they are granted one wish: they can have one personal object magically transported to them. The point of the game is to see what everyone really values the most, to find differences and commonalities.

Play the game normally at first. Use the examples from the group to incorporate in to a Prezi presentation comparing their wrong answers to the right answer: their company-issued Smartphone (only iPhone 5s or Blackberry Q10 valid). It’s important that they “imagine” that all hours during the term of employment belong to the company and that they better be available to contact at all times. “Lacking reception” or “turning to cannibalism in the middle of the Pacific” are no exceptions.

One participant starts by standing in the middle of the circle. They list phrases starting with “Sit down if…” and concluding with a fact about something they’ve done. People who have done those things sit down. The game continues until everyone is sitting, when the last person standing takes the place in the middle.

Sitting kills. Never allow employees to sit–a practice that’s important to instill from day one. Instead play “Downward Facing Dog From Plank If” while your crew sweats together in the office Yoga room.

Kinetic activities are great to get the blood flowing–and the camaraderie pumping! Gather in a circle and have everyone grasp the hands of two random people across from them in the circle. The group must “untie” themselves without letting go of each other’s hands until the group forms a circle.

Once they succeed (and they must restart until they do), inform them that $50 will be withheld from their first paycheck. Success is fleeting.

Do not alter this game. Name-dropping constitutes an average of 62% of business transaction conversation. In fact, play it five times consecutively and test employees at regular intervals. 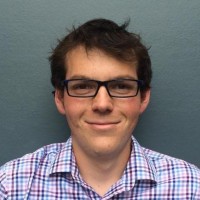 Stephen Lurie is interested in very many things and writes about them sometimes. You can follow him @luriethereal.