Cost Per Use: A Disturbing Calculation

Cream bejeweled turban from Brooklyn Flea, $20.00. CPU: $.005 per stare in the mirror. $2 per reassuring thought that am kind of lady who can pull off a turban. Someday.

Vapour Organic Beauty mesmerize eyeliner in truffle, $22.00. CPU: $4.50 per eye. Got pinkeye after second use.

Vintage romper, $30.00, Print Fine Vintage. CPU: $.25 per date night. (Would be even lower but husband says he will put in Vitamix if worn one more time.)

Nautical-themed maternity swimsuit, Etsy, $35.00. CPU: $17.50 per trimester, or 8.75 considering swimming for two. .00009 per underwater chuckle at irony of having swimsuit covered in tiny anchors when body feels like massive buoy.

Vitamix, $540. CPU: $.87 per kale smoothie. (Would have been more but motor destroyed by blended romper.)

BLVD Interiors Grey Sectional found on Craigslist, $1200. CPU: $1 per bum cheek. .07 per baby barf. $2 per misguided effort to read Capital in the 21st Century after 8 PM and subsequent catnap.

Three copies of Overwhelmed: Work, Love and Play When No One Has the Time, $0 (Gifted this book by various concerned parties). CPU:27 million units of guilt per fretful, procrastinatory glance.

Plot in synagogue cemetery, $1,000 (included in cost of annual dues). CPU: $100 per pseudo-spiritual moment of contemplation of own mortality while listening to Rabbi’s thoughtful sermon and making mental Costco list. 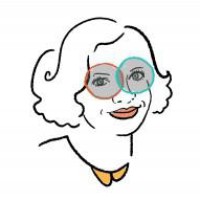 Sarah Lazarovic is a writer and artist based in Toronto. Her <a href="http://abunchofpretty.com/"book, A Bunch of Pretty Things I Did Not Buy, is just out.