Femslash Friday: On the Promise of Canonical Kimber/Stormer

One night not long ago I was reading online, which I often do, and I ended up reading an interview in The Advocate about an brand-new comic-book series, which I don’t often do. After reading it, I grinned at the doll who sits near my computer. She went on thinking, as she always does, placidly balancing a glittering plastic guitar in her lap.

Because yes, I have a Stormer doll—Stormer being one of the three original members of The Misfits, the cartoon all-girl band that repeatedly terrorized and sometimes outplayed their cartoon all-girl rivals, Jem and the Holograms. Not the same Stormer doll I had when I was eight; rather, this doll was a gift from one of my closest college friends, who may or may not have known how much time I spent senior year procrastinating by writing for-my-eyes-only Jem fanfic. Of which Stormer was the heroine. Who foiled a kidnapping, took over Misfits Music after Eric Raymond got arrested for said kidnapping, produced a hit single for the Stingers, and basically spent every new ridiculous plot twist coming out of her shell and getting rewarded for it.

Meanwhile (since Jem did not skimp on thinking through its secondary characters), Jem’s little sister/keyboard player Kimber was loud where Stormer was quiet, impulsive where Stormer was hesitant. So of course when the two met, having just had fights with their respective bandmates, they got along famously. The episode “The Bands Break Up” isn’t on YouTube, but you can see the song “I’m Okay,” in which Kimber and Stormer assert their own strength and then exchange a long, smiling glance:

Of course it couldn’t last. In the very same episode, the Misfits and the Holograms work together to browbeat Kimber and Stormer into rejoining their bands:

Jem tells Kimber, “She’ll lead you astray,” and Pizzazz tells Stormer, “She’ll break your heart in two.” And…that’s as far as it went, since this was the 1980s and Kimber had a blandly written male love interest and there was only so much time the show could spend away from Jem worrying about whether Rio had figured out he was two-timing her with herself.

I wish I could tell you I drew some sort of inspiration from Kimber and Stormer’s friendship, took heart in it. But by the time I was in college, tracking down Jem fanfiction (on websites, more often than not, with pink serif type on black backgrounds: this was 1999, after all), the story I wanted to disappear into wasn’t one about a female friendship. I wasn’t sure I could write a decent senior thesis; I wasn’t sure what I wanted to do once I graduated; I wasn’t sure if the women I’d been friends with even liked me anymore.

In my story, I had pegged Kimber as childish, demanding, more in need of help than helpful—and as much as I identified with Stormer, maybe that was the real self-portrait.

Fifteen years later, having gotten (somewhat) over myself and figured out how to make and keep female friends, I shrugged when I heard Jem was being revived and made into a movie. I suspect the movie will be crass, more lazy ’80s nostalgia than anything else; but more to the point, what I’d done with Jem in my head was enough. I’d found something in the story, stretched my brain a bit, given the doll pride of place, and moved on. I didn’t need anyone else’s Stormer.

Or so I thought, until I heard about the comic — independent of the movie — which had the glamour and the glitter and the creators’ avowed plans to make Kimber and Stormer an actual couple.

And then I saw the comic. Look at the new Stormer. LOOK AT HER.

It’s her! There’s the curly blue hair and the orange flower and the slightly uncertain expression, the hint that she might not be as confrontational and deliciously evil as Pizzazz requires. And her body is not the stereotypical comic-book-girl/cartoon-girl/doll body, and yet drawn dynamically: she seems to be stepping out of the picture. It’s the Stormer I recognize, and yet a character full of possibilities in her own right.

(And while we’re looking at this picture and indulging in all caps: JETTA. We now live in a world where we can imagine Jetta publicly turning up her nose at Zadie Smith, since Jetta does not admit to being impressed by anyone, ever, and then secretly maintaining the fuckyeahzadiesmith Tumblr.)

The Misfits don’t appear in Jem and the Holograms #1, which uses its time to come up with a plausible premise for why Jerrica needs a hologram system (not a plausible premise for the hologram system itself, but if you need that, you’re reading the wrong story) and establish the bonds between the Holograms — including a Kimber who’s loud and spirited but not a ditz. What is in the first comic is an introductory note by writer Kelly Thompson:

What Jem meant to each of us individually changed how we viewed it, and sometimes even changed us, and that’s impossible to compete with. You can’t ever live up to, let alone outshine, something so powerfully personal… something so nostalgic. So that became part of taking on Jem, too — learning to let that go, to let Jem be drawn from its rich history, but also allowing it to become its own beautiful butterfly, breaking free from a 30-year cocoon that naturally changed it into something else.

It’s possible Thompson wrote that to people like me, old enough to remember the aisles at Lionel Playworld and the pink-labeled cassette tapes, who might say what have you done to my Jem? But I honestly want to hug Thompson, artist Sophie Campbell, and colorist M. Victoria Robado, and thank them for having imaginations larger and braver than mine. 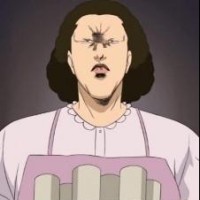 Jessica Doyle is a mom, a freelance writer, a doctoral student in city and regional planning at Georgia Tech, and an alumna of the K-Pop Writers' Workshop. She is happy to receive feedback on Twitter.