Bloodier Than ‘Carrie’: Life with a Body, from Puberty to Childbirth

Ester Bloom’s previous work for The Toast can be found here. She also dispenses wit and wisdom as Aunt Acid, The Toast’s advice columnist.

When I was almost 12, I auditioned for a suburban summer camp production of Into the Woods and was cast as the Steward. More precisely, I was cast as one of three Stewards, as I had to share my crumbs with two other lacklusters. The previous summer, in a production by the same company, I had played the Princess in The Princess and the Pea. Somehow, over the course of a year, I had morphed from royalty to servant, from desired feminine object to androgyne, from curtseying at the last curtain call to bowing at the first.

Why was being a pubescent almost-12 so much harder than being a pre-pubescent almost-11? When the director gave the cast a stern talking-to about the amorous goings on backstage, almost-12-year-old me could only feel embarrassed for having no one to make out with. The summer before, a fellow cast member had worked up the courage to pass almost-11 me a note saying, “I like you. Call me. –Billy.” Billy wanted to watch movies with me, to show me how to beat “Mario 2,” to introduce me to his parrot. Now boys’ eyes, lubed with more adult desires, slid right on by.

The nadir came when the director decided to pay attention to the Steward(s) one day and instructed us to practice walking together. As the rest of the cast — a cast that had real acting and singing and making out to do — sat waiting on a dance studio’s wooden floor, we, the Stewards, walked in a large looping circle around them. In the studio’s mirrored walls, I expected to see my shuffling body outlined in misery. What I saw instead was worse: a dark red quarter-sized stain like a bull’s eye on the back of my blue-and-white t-shirt from the Limited Too.

My period had first crashed the party only a few months before, while I was at a friend’s house. I swiped pads first from her mother and then from mine, hoping that if I ignored it, the bleeding would go away. A month later, when the leaky pipe drip of my period started up again, I was forced to accept puberty as a routine embarrassment, not an anomalous one. But I remained clumsy at handling its repercussions.

I’m not sure why my parents seemed so uncomfortable with my growing up. Perhaps it was because my fertility seemed to delight in calling attention to itself as outsized and messy and imperfect, and these were all things my petite, Type-A mother was not. The blood upset her, as did my body: the soft weight of my belly clinging to me like a sloth, the breasts that popped out in front of me like thought bubbles in a comic strip. Even when I was a young child, she urged me towards sports and physical activity, enrolling me in soccer, gymnastics, ballet, figure skating, and tennis. None of it took, though the parabola of a tennis ball did inspire my ten-year-old self’s first earnest attempt at a poem.

I have a vivid memory of standing in front of a mirror in my bedroom that was as round and cheerful as I. “Look, Mommy,” I called out to my mother, lifting up my shirt. “I have a belly!”

“Yes,” she replied. “That’s because you don’t exercise.”

How old could I have been? Five? Well, she had had a terrible time herself in school as a chubby, awkward teenager. She had wanted something different for me.

As for my father, he had been fat forever, and though his body plagued him sometimes, he placated it with bagels and herring in cream sauce. I was his only daughter and his favorite child, and he liked to treat me the way he treated himself, like a brain in a jar. We read together, and did crossword puzzles, watched movies, ate brunch. He did his best to ignore the evidence of my going through puberty altogether, like a crime scene he could walk around. But it was my crime scene, and I had to live in it.

My blood-splattered adolescence pushed remorselessly on. One Thanksgiving morning I woke up in a cot in a hotel room I was sharing with my two brothers and two parents and found a surprise soaking the sheets like the horse head in The Godfather. The easiest solution to the problem seemed to be to die. With no weapons handy, though, I had to force myself up and through the humiliation, my face stained as red as my pajamas.

My mother had never told me how to deal with bloodstains. I can’t remember us talking about blood at all; when I ruined yet another pair of my days-of-the-week underpants, I would crumple it into a wad and push it to the very back of the drawer, hoping Tuesday, along with Wednesday and Saturday, would disappear. We spoke about breasts only in terms of minimizer bras (my mother slept in hers). The one sex talk my mother and I ever had was more of a lecture than a conversation.

“I think people should wait until college to have sex,” she said one afternoon, apropos of nothing, in the car. We were driving home from Montgomery Mall, where once again I had found nothing in the Nordstrom Junior’s department that made me feel like a human being who made sense in the world. “High schoolers aren’t ready.”

“Okay!” I said, even though I would have been desperate to have the kind of sex I read about in Ken Follett and Jean M. Auel books if some boy had shown any interest in reaching underneath my oversized t-shirts or into my unflattering jeans. I cut off the conversation by turning on NPR.

The upside to not having sex as a teenager was that I could avoid my traitorous body at all times except when I showered, and then I averted my eyes. I could also sidestep any worry about pregnancy, the very idea of which gave me palpitations. I decided that I would not become pregnant, not then, not ever. While I was a vulnerable adolescent, maybe Puberty could throw its weight around and call the shots. Once I was an adult, though, I decided, I would be in charge. And I would never let myself feel so disempowered again.

Fifteen years later, I have a two-and-a-half year old daughter. By choice. I wrote an entire essay about my personal evolution, so I won’t go into that in detail here; suffice it to say that, after standing at too many deathbeds, I realized I wanted to have children standing at mine. Though sometimes I like to pretend I am only the babysitter, I feel positive about my change of opinion and circumstance. Sure, raising kids is hard, thankless work, and even if you do your best they will probably grow up and write personal essays about you on the Internet. They also provide interesting opportunities for growth, and not merely the kind that results in stretch marks.

It was when I was pregnant, for example, that I first allowed myself to wear color. Since darker shades are slimming, I had, since middle school, largely restricted my wardrobe to “figure-flattering” shades of bruise: blues, purples, blacks, and browns. No patterns, and — aside from the occasional wrathful pop of red — nothing bright.

In my second trimester, though, I thought, “Why bother?” My belly couldn’t be minimized, and my breasts, which had been Fertility Goddess-sized before I conceived, had swelled to truly Holloway-esque proportions. People were going to look, no matter what I did. Fuck it. I bought pants the color of canned salmon and dresses with prints.

Caged in a pregnant body, I felt free.

When it came to labor, I wanted to be put in a retro-style Twilight Sleep. My birth plan was one sentence: “Wake me up when it’s over.” But with the loving coaxing of my husband, who had more confidence in me than I had in myself, I gradually went full Brooklyn: switched to a Park Slope midwife, read Ina May Gaskin and Peggy Vincent, took a birthing class which showed reassuring videos of mother elephants easing their calves into the world. When my time came, I was not quite as self-possessed as Mrs. Jumbo, but I did channel her, in a way: I labored at home, naked and swollen, making the unearthly noises one might expect of a person experiencing a freight train running through her nether regions.

Once we finally got to the hospital, I was as beyond shame as I was beyond pain. “I can’t do this,” I repeated during every contraction.

“You are doing this,” my husband Ben repeated, clutching my hand. “I’m so proud of you.”

Labor was exactly as disgusting as Dr. Spaceman said it was. There will be blood, huh? Yes, and shit, and vomit, and amniotic fluid, and a baby trying to come out wrong-side-up and punching. But when it was all over, there were two of me: the one who came through labor with two black eyes from pushing and the one who had to learn to use her lungs, a tempest-tossed amphibian washed up on the shores of my body, clinging.

Was I grateful to have once endured the vicissitudes of puberty? Maybe not. But for the first time, on a bone-deep level, I saw the point of it.

Recently, I was using the bathroom while Babygirl watched, fascinated — because, to kids, everything grown-ups do is like Coney Island and Disneyland rolled into one. She pointed at the pad in my underwear and said, “What’s that?”

“I have my period,” I replied, without thinking. “It’s gross.”

She gazed at me. Nothing is gross to toddlers, except, for inscrutable reasons, whatever food they ate ten servings of last week; they are natural scientists, curious in a judgment-free way about everything.

“I’m sorry,” I told her. “I didn’t mean that. That was the wrong thing to say. That’s blood that comes out of my body every month because I’m a grown-up lady. It’s not gross, it’s great, because it means that I’m healthy and it’s why I could grow you in my belly.”

Someday, of course, I will have to do better. I will have to explain that not all grown-up ladies have a period, and biology is neither gender nor destiny, and that some people do think periods are gross, at least for certain times in their lives, and that’s okay, too. Minds can change, the same way bodies do.

For the moment, it was enough to feel that I had broken a cycle; that I was making an effort to teach my beloved, big-eyed child that our bodies are nothing to be ashamed of. If I keep it up, maybe I will at last be able to get through to my 11-year-old self, the one who still lives inside of me, and tell her what she has long needed to hear. 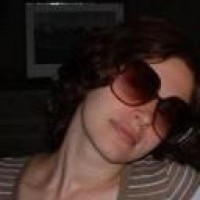