The Illegitimacy of Aragorn’s Claim to the Throne

Fantasy novels are often derided as “escapist,” with some claiming they are only read by people wishing to briefly turn away from the unpleasantries and horrors of our world and frolic in magical lands full of elves and talking trees. But most secondary worlds in fantasy novels are actually blighted, barbaric hellscapes no sane person should ever want to set foot in. For all of Hogwarts’ silly spells and whimsical names, it’s still a dreary castle with legal slavery and Wizard Nazis, and without electricity or basic child safety regulations. Narnia seems magical and wondrous until you realize its version of Jesus, in our world a kindly carpenter, is an apex predator with six-inch claws and razor-sharp teeth.

Few secondary worlds — even Westeros, with its eternal winters and horrifying weddings — are as strange and horrifying as J.R.R. Tolkien’s Middle-earth. The Shire is bucolic and lovely, but it’s also populated by xenophobic yokels and bordered by a forest of people-eating trees and a haunted graveyard. Rivendell and Lothlórien promise gardens of earthly delights, but if you’re an elf you’re stuck with your current job until The World Is Changed. You can’t have social mobility when you and everyone above you is immortal! Somebody is emptying Galadriel and Celeborn’s chamberpot every day and they have been emptying it every day for millennia (can you even imagine what lembas must smell like on the way out?). One elf’s Valinor is another elf’s Angband, as they say.

Besides, we mortal Big People wouldn’t even be allowed in the Shire or elf-lands. The best we could do? Dale and Laketown, cities with an unfortunate history of dragon attacks; the Vales of Anduin, inhabited by a clan of easily angered were-bears; Bree, an isolated village “a day’s march from foes that would freeze [your] heart”; Rohan, a windswept warrior country that must absolutely reek of wet horse; or Gondor. Yes, Gondor is spectacular-sounding enough that a man recently tried to raise billions of dollars to create a life-sized model of its capital, Minas Tirith. But his vision leaves out an important detail: Minas Tirith would be a terrifying place to live. After all, it’s within spitting distance of Mordor, a nightmare kingdom ruled by a fallen angel and swarming with orcs, trolls, and an enormous spider that eats light and vomits despair. Nobody this side of your local Hot Topic wants to spend billions recreating that.

Even after the threat of Mordor is ended, Gondor would be an embarrassingly backwards place to live. Despite claiming to be the most advanced of Mannish countries, Gondor still crowned a king whose royal legitimacy makes the Hanoverian Succession look entirely reasonable. Aragorn, son of Arathorn may have been a great leader and high fantasy’s hottest octogenarian, but his claim to the throne of Gondor was bullshit.

Aragorn traced his lineage back three millennia to Isildur, who along with his father Elendil and brother Anárion, founded the kingdoms of Gondor and Arnor after escaping the downfall of Númenor. After they died, rule of Gondor passed to Anárion’s son Meneldil, and rule of Arnor went to Isildur’s son Valandil. Arnor eventually fell into civil war before it was wiped out by the Lord of the Ringwraiths, then going by the impossibly badass name of “Witch-king of Angmar.” Aragorn’s family then gave up their royal title, went into the shadows, and became the Rangers. The descendents of Anárion ruled Gondor until Eärnur, the last king, was captured and tortured to death by the aforementioned Witch-king (an important prophecy from the Third Age: If you’re a man, you should not fuck with a terrifying wraith who rides a pterodactyl and calls himself the “Witch-king.” If you’re a woman, stab him in the face).

Aragorn’s claim to Gondor’s throne rests entirely on his being descended — after 3,000 years — from Valandil and Isildur, who were kings of Arnor. The closest real-world parallel to this would be an Italian man claiming descent from Romulus showing up in Ankara and claiming to be King of Turkey, because Romulus was supposedly descended from Prince Aeneas of Troy. Imagine if you found out your ancestor, thirty-seven generations prior, was the brother of an Egyptian pharaoh. Do you know what that would make you, in terms of Egyptian political succession? NOTHING. ABSOLUTELY NOTHING.

Gondor’s own laws and rulers even recognized how ridiculous Aragorn’s claim was. Arvedui, the last king of Arnor before he drowned in a shipwreck, once claimed the throne of Gondor, but the Council of Gondor rightly rejected him, saying the royal line of Gondor was descended from Anárion, not Isildur. Aragorn, like a many an illegitimate dictator before him, was only able to seize power due to the breakdown of law and society during the great crisis of the War of the Ring. Even then, with the doom of Gondor looming, Denethor the Steward of Gondor told Gandalf he wouldn’t bow to Aragorn, “last of a ragged house long bereft of lordship and dignity.” (Denethor may have been Middle-earth’s Worst Dad Ever, but he had a point there: Aragorn came from royal stock, but the only thing his family had administered for a thousand years was a forlorn wilderness full of ruins, wolves, and trolls that talked like Victorian gutter urchins.)

After the War of the Ring and Denethor’s death, Gondor did embrace Aragorn as its new king, partially because he’d arrived at the head of an army of the Dead. But while “commands a terrifying ghost army” is a fantastic qualification for fronting a Norwegian black metal band or a community Halloween parade, it’s less than ideal for ruling a vast and diverse country of the living.

Even worse, Aragorn’s supposed suitability to rule is directly tied to his pure Númenorean blood. Despite how much the Gondorrim valorized Númenor as the high tide (pun intended) of Mannish civilization, it was an island of stunted man-babies at best and bloodthirsty, devil-worshipping imperialists at worst. Númenor sank beneath the sea after its people began worshipping Morgoth, the first and greatest Dark Lord, and tried to invade the Blessed Realm of Valinor to gain immortality. But even during its more faithful, peaceful times, Númenor was less an advanced civilization and more a Man Cave for quasi-immortals. Erendis, Queen of Númenor during its Golden Age, observed to her daughter that the centuries long life-spans of Númenorean men caused them to, “Dally in the world, children in mind, until age finds them — and then many only forsake play out of doors for play in their houses. They turn their play into great matters and great matters into play … soon they will go back to their great play, manslaying and war. If we love Númenor also, let us enjoy it before they ruin it.”

Given that the Númenoreans ruined their civilization to the point that it was personally destroyed by God Himself, the Gondorrim probably shouldn’t have been so quick to crown a long-lived, pure-blooded Númenorean like Aragorn. They’d probably have been better off elevating Pippin Took to the throne. Hobbits at least dally with the good things in life: hearty food, heady ales, fireworks, and weed.

So while our own mundane earth may lack Elven-magic and Ent-draughts, at least our royal succession policies aren’t completely batshit, and our man-children dallying at manslaying don’t live for centuries. Let us enjoy it before they ruin it. 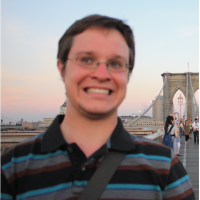