The Chinese Singaporean Way of Death

There is a documentary called “Moving House” about an extended family in Singapore who exhumes the remains of their parents. These remains were cremated, then transplanted into a columbarium that housed over 65,000 funerary urns. In Singapore, this is unexceptional – land scarcity in one of the densest cities in the world has resulted in the government decree that all who are buried after death must be exhumed after 15 years and cremated. In order to save their children the trouble, my fathers’ parents were both cremated immediately after dying.

As with all cultures the world over, Chinese people have a particular way of communing with their dead. Adherents of Chinese folk religion practice ancestor worship, a term that is in a sense misleading. When my family and I light joss sticks, prepare food offerings, and burn paper gifts (mostly replicas of clothes, houses, and cars) for our ancestors in return for blessings such as wealth and good health, it has always seemed to me that what we do approaches worship not so much as it does a highly pragmatic, reciprocal relationship tempered by remembered bonds of love and affection.

For as long as I can remember, every year on a weekend around March we’ve piled into the car to travel out to the cemetery where my grandfather is buried. The occasion is Qing Ming, the annual Chinese tomb-sweeping festival. In order to beat the traffic from thousands of other Chinese Singaporeans who want to pay their respects, we have to get up by six to be at the cemetery by seven, at that early hour encountering only slightly fewer thousands of Chinese Singaporeans.

I’ve dreaded Qing Ming since I was a kid. As one of those resolutely cheerful morning-bird types, the early call doesn’t bother me. What does bother me might be tentatively (if euphemistically) called the impact of related human activity. Over one weekend of the year, thousands of people converge on the graves of their dead family members, lighting up many more thousands of joss sticks and setting up platters of oranges, steamed cakes, roast chicken or duck, mock meats, and white rice. After this, paper offerings to the dead are burnt in big metal buckets, making the air shimmer with heat, throwing up small pieces of ash that settle everywhere. For the rest of the day, one’s clothes and hair is consumed by the smell of burning. (Incidentally, I don’t think it is a coincidence that the most famous Tang poem about Qing Ming involves the question, “Where can I get some alcohol?”)

What we do approaches worship not so much as it does a highly pragmatic, reciprocal relationship tempered by remembered bonds of love and affection.

My maternal grandfather died in 1998. He’s still buried in the cemetery where he was laid to rest. When I asked my mother why he hadn’t been exhumed yet despite the 15-year rule, she said, “I can’t say I know – I suppose the government doesn’t need the land yet.” As my grandfather had expressed the wish to be buried, I suppose he is thankful for the extra time.

My father’s parents, though, were cremated, and their ashes lie in one of the largest Buddhist temples in Singapore. According to my mother, my parents undertook these annual trips equally faithfully, on weekday mornings. As my sister and I both had to go to school, they never saw the point in having us come along.

Last year, for the first time ever, I went to the temple to commemorate Qing Ming with the paternals.

We were up at 4.45 in the morning, and as we headed in we could already see that others had arrived before us. The car park was almost completely full. The temple was huge. I can’t find a number online, but it was conceived generously – rare in Singapore – as a large temple overlooking larger grounds, about five stories high. The overall impression was that of a conventional Buddhist temple of traditionally delicate proportions scaled up on steroids.

As devotees celebrating Qing Ming, we were directed to a wing on the first floor, where rows of tables lay, closely arranged. On the tables the monks had laid out neat makeshift altars. Funerary inscriptions printed on paper cutouts simulating tombstones lay at the head of each altar, along with identical offerings of food and paper gifts. We followed the number we were given and arrived at the table where, conveniently, my maternal grandfather (the one who is still buried) had an altar next to those of my paternal grandparents, and various other relatives on my father’s side.

My uncle had called the temple and arranged for the offerings to be made, and given a list of names for the family altar. My mother, seeing a chance to say hello to her father at the same time, had asked for her father to be given a makeshift altar next to those of her in-laws’. Apparently, a table cost $200. “Who’s that?” I asked, gesturing at all the printed names. My mother did the honours of introducing me to all my dead relatives – besides my paternal grandparents, my great-grandparents, my great-uncle, my father’s cousin and brother (both of whom had died before reaching adulthood) were all represented. “Did your grandparents come from China or were they born here?” I asked, and my dad shrugged.

“He doesn’t know,” my mother said contemptuously. Suffice to say that my father is not a keeper of his family’s histories.

Here is how you pray to your dead: you walk around, searching for a light for your joss sticks. Eventually the joss sticks flare into being, then the flame subsides into a small simmer at the light brown tips of the joss sticks, which turn a bright orange, then into grey ash, which droops sadly, then falls off. You hold the joss sticks a little awkwardly and bow a few times, trying not to drop any ash on the food offerings. You are praying, but your mother is talking, telling her in-laws matter-of-factly the year (time moves slowly or not at all in the afterlife), various updates on what the children are doing now, and submitting her various requests. These are, without variance every year, health for her and your dad; career or academic success for you and your sister. Then she will turn to her father’s altar and say substantially the same words (year, updates, requests), striking perhaps a lower, sadder, tenderer chord in her throat. She always claimed to be her father’s favourite.

Let there be no doubt as to whose communion was deeper.

Because we had requested it, beneath the table there were a couple of highly ornate, decorated bags containing the paper gifts we wanted to give to our relatives in the afterlife. After writing our recipients’ names on them, we were then directed upstairs to what they called an “ecoburner” on the second floor, where some employees received the offerings from us and flung them into the common furnace as the sparks flew up.

All things considered, I prefer crematorium to cemetery: no smoke, no heat, no noise. However, I cannot overstate how much Singapore’s industrial development brought about changes to Singaporeans’ way of life – and death – that were widely feared would undermine social ties that had previously taken precedence. There is a reason the director of Moving House dwells with a certain wry amusement on the spectacle of prayer, led by Buddhist monks, as the recently-exhumed remains are moved into the columbarium, as the new addresses of these urns are chanted aloud (Block C, Row H, Number 6): the niches come, by ceremonial fiat, to resemble nothing so much as they do Singapore’s high-rise public housing flats.

Obviously, the funerary practices of old have survived, albeit in a restricted state to accommodate Singapore’s platonic ideal of the hyper-efficient, modernised bureaucratic state. However, we can’t talk about the retention – however uneasily adapted – of religious tradition without also talking about race. Whilst Chinese cultural practices are tolerated and even championed in ethnically Chinese-majority Singapore, other cultures’ practices are complained about, restricted, and even banned for the amount of public nuisance they supposedly cause without regard to the affective value they offer.

Whilst Chinese cultural practices are tolerated and even championed in ethnically Chinese-majority Singapore, other cultures’ practices are complained about, restricted, and even banned for the amount of public nuisance they supposedly cause.

I can think of no more blatant a double standard than that enumerated by Qing Ming. There is a great deal of noise, heat, and air pollution involved in practices such as burning joss papers for the dead, which happens not just in temples but also in housing estates everywhere across the island. Yet this is not restricted and continues with unabated fervour on several occasions throughout the year besides Qing Ming — during the Hungry Ghost Festival, for example, or during Chinese wakes. While religious groups urge responsible burning, there are no actual restrictions.

“Why did he want to be buried?” I asked my mother once.

I do not think that my mother or any of her siblings really believe that the dead retain their eyes or their ears. However, they retain their hearts for the dead. Year after year they go back, toting their joss papers, their roast duck, their mandarin oranges, that smell of burning.

When a Chinese person dies, burial or cremation is preceded by a wake which can last anywhere between three and seven days. Wakes are usually held at the void decks, common areas for social functions, beneath public housing flats. These occasions continue throughout the nights of the wake. Despite the amount of nocturnal noise incurred complaints rarely happen and the occasion is tacitly assumed to be a necessary practice.

On the other hand, Malay weddings, which are also often held in void decks, draw noise complaints more often despite the necessity and the social importance of the occasion.

Early last year, police officers arrested three men for playing musical instruments during the procession for Thaipusam, a Hindu festival celebrated mostly by Tamil Indians. Devotees carry various types of kavadi (burdens), which can involve mortification of the flesh. The utmost importance of music in helping devotees carry their kavadi during the procession cannot be understated. Yet in 2011 rules forbidding the playing of musical instruments during the procession were enacted following the complaints of some residents that the procession was “too noisy”. Following the arrest of these men for “unruly behaviour”, the Singapore police then accused the men of having been under the influence of alcohol despite the lack of any supporting evidence and the fact that devotees prepare themselves for the procession by fasting and observing celibacy for days prior to Thaipusam.

Chinese people have always had the best of it in Singapore. In a country where human potential and sometimes human life is systematically devalued, even the little affectivity sanctioned by the state is distributed unevenly. Perhaps we should be allowed to conclude that in the substratum of human existence created by one’s cultural and religious rituals, Chinese lives are assigned more worth by the state. So, too, are their deaths.

We walked around for a little trying to find my paternal grandparents’ ashes in the columbarium, but couldn’t find them. Stern warning signs were put up around the columbarium entrance, informing us that temple-goers were not allowed to give offerings in the vicinity of their relatives’ ashes. My parents had forgotten which shelf to look for, let alone which row on that shelf – they were all numbered – although they had vague memories, and of course I have never known. 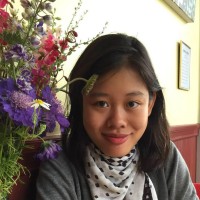 Li Sian lives in Singapore, where she works at an NGO and teaches part-time. You can find her on Twitter here.