Regrettable Things Our White Relatives Have Said to Us

By Nicole Chung and Noah Cho

Noah is a multiracial Korean American. Nicole is a Korean American adoptee with multiracial kids. They both have a large number of white relatives and, to date, have not managed to turn a single one of them even a little bit Asian.

Regrettable Things Our White Relatives Have Said to Us, Or Why Having an Asian Person in Your Family Does Not Make You “Less White”

Are you ever sad that you aren’t white?

Your eyes aren’t that squinty.

Too bad the Asian side determined your height!

Can I still say “Oriental,” or is that not a thing?

I mean, I don’t expect anyone to call me a Swedish American.

But I’ve ALWAYS called you an “Asian princess” and it never bothered you before!!!

Could you pass the flied lice? HA HA HA

I read somewhere that hybrid people have better genes.

Sure, the internment of Japanese Americans was pretty bad, but hindsight is 20/20 and we were AT WAR.

Your dad had such a funny accent, remember?!

You’re lucky you got the Asian skin, it won’t age as fast.

Seriously, you just look like a kid to me.

You’re pretty tall! For an Asian, I mean.

It doesn’t matter, someday we won’t have “races” anymore.

Thank you for bringing all that melanin into our family!

You’re not like other Asians. You know, the real Asians.

Were you closing your eyes in that photo? I can never tell with you.

Of course I was surprised when your parents adopted a Korean, but I wasn’t unhappy about it.

You should be glad you were raised in a Christian country.

You should be glad you were raised in a country that values girls.

If you’d been raised around lots of Koreans, you would probably be a surgeon by now.

Why do you care so much about Asian stuff?

Why do you talk so much about racism?

What are you so angry about?

I married an Asian because someone told me that yellow people would inherit the earth.

Do you think you’ll look whiter one day?

Do you think your kids will ever look more Asian?

It’s so funny, I wouldn’t even know your kids were part Korean if I didn’t know you!

Tell me the truth — do you guys feel superior to white people?

You know I don’t see you as Asian. 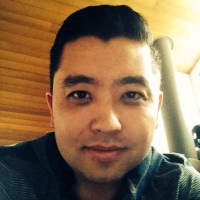 Noah Cho teaches middle school English in the San Francisco Bay Area and spends most of his free time taking photos of his dog, Porkchop. His essays have been published by The Atlantic, The Toast, and NPR's Code Switch.