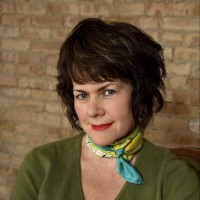 Eileen Favorite's first novel The Heroines (Scribner, 2008) was named a Best Debut Novel by The Rocky Mountain News, and has been translated into Finnish, Italian, Russian, and Korean. The audio version was nominated for best recording by the American Library Association.  A writer of both poetry and prose, she's twice received Illinois Arts Council Artist Fellowships (prose, 2001; poetry 2005).  Her work has appeared in many publications, including Triquarterly, Folio, Chicago Reader, Poetry East, and Diagram.  She's been nominated for Pushcart Prize for  fiction and nonfiction.  She teaches at the School of the Art Institute of Chicago, where she received her MFA in Writing and at the Graham School of Continuing Studies at the University of Chicago.  She lives in Chicago with her husband and two daughters.