As a teenager and young adult, I often wondered if my family had a way of communicating on a soul-level through sports that I didn’t understand. Granted, it wasn’t entirely my family’s fault. They tried. I hadn’t followed my grandmother’s advice to read the entire sports page in the paper every morning, especially Jim Murray’s column, and I didn’t take sports very seriously. I just didn’t seem to care the way that they did. I wasn’t enthralled, couldn’t understand the fuss, and soon was left out from the statistics, scores, life-stories, and related dramas.

When I saw the movie Home for the Holidays for the first time, one scene brought me to tears. An emotional Holly Hunter asks Dylan McDermott, “When you go home, do you look around and wonder, Who are these people?  Where did I even come from?” McDermott answers, “Oh, sure. Par par bogey bogey par par. That’s what I get all summer. My dad plays golf and I ask him, How’s your game, Dad?  And he tells me his latest round was, Par par bogey bogey par par, Son. Like I’m picturing every hole with him. I don’t even know how to play golf. I don’t even know what kind of expression to put on my face. I swear to God, I want to scream. But I just smile because I figure he wants to scream, too.”

As a girl, I sat with my dad and watched endless basketball and football games on television, wanting them to end, so that my dad’s reverential attention (and my instructed silence, better suited to a church service) could end as well. “It’s almost over,” my dad would say, and I’d look at the game-clock: Nine minutes left. But minutes in sports time, I learned, are like dog years, seven to one at least. Time dragged on, extended by commercial breaks, and I’d go antsy, waiting.

My grandfather was a notorious abuser of golf clubs: bending, breaking, and throwing them, lost forever in ponds and bushes. We were instructed to be careful when he returned from his golf games. His well-being, and therefore ours, depended on a small pockmarked ball, so much so that it became a running joke between me and my husband. To this day, if I come home in a foul mood from an unproductive writing session, my husband, by way of warning, asks: “Bad day on the golf course?”

My mom grew up in a time when playing sports was considered somewhat acceptable for girls, but it certainly wasn’t encouraged. Title IX, the educational amendment President Nixon signed into law in 1972, three years after I was born, directly benefited me. I took it for granted that girls could be athletes.

My mom, like countless other women her age, would have thrived under Title IX. A natural athlete, she took to playing golf and tennis after my brother and I were born. She’s still on a tennis court or a golf course at least three times a week.

I can’t blame her for wanting me to have the opportunities denied her. At some point, she decided that I would become a professional tennis player, even though my interests lay elsewhere. I seemed an ideal candidate—a tomboy. My first boyfriend (and first kiss) was my basketball partner from second and third grade. We played together every recess. For my ninth birthday, his mother baked me a cake frosted with a red, white, and blue basketball flying with a trail of stars behind it, and the words HOT SHOT underneath.

I fought one of the neighborhood boys, hit a baseball through a window, and bodysurfed such big waves that my older brother’s best friend wouldn’t go in. (That friend is now a fire captain.) I still have my prize ribbon for throwing a baseball the farthest in the sixth grade, and I played on the All-Star teams in both soccer and softball.

My first real taste of defeat came during an All-Star softball playoff game: I was in the outfield when a fly ball was hit to me. The game depended on my catch, and somehow, somehow—I had it, I really did—the ball was ejected from my glove, as if by cosmic instruction. The team cried; I cried.

But I kept playing, and I developed crushes on my coaches. There was the gentle, bearded softball coach who drove a blue minivan with a swoosh wave on the side. I swore that I would own a minivan just like his when I grew up, to honor him. A tennis coach named Bob who, in both personality and appearance, reminded me of Bob Newhart (who I also loved), so much so that I was rendered speechless during our tennis lessons.

I never had a woman coach, though in grade school my PE coach was the first woman I met to rock sweatpants. She made a big impression on me, with her booming voice and the whistle always around her neck. I adored Mrs. T, my high school PE coach: sensible, no-nonsense, with a Dorothy Hamill haircut. She caught me ditching class more than once. She had a soft spot for me as well, and instead of getting me in trouble, she would set her face in an expression: disappointment, affection, guidance—Get back to class, it said. Stop messing up.

In high school, my tennis coach, Dave, left me with the impression that he knew tennis was partly bullshit. Parents constantly pressured him, and he was alternately jittery and laid-back. Sports were always big in high school, but even more so in Newport Beach, where losing was treated with all the seriousness of a cancer diagnosis. Many years later, Dave was fired for growing marijuana at his house. Rumor had it that a disgruntled group of influential parents were behind the bust. When I found out, it was like going back in time, knowing that he needed his pot to deal with the very same parents that went after him. Leave the poor man alone, I thought. Let him smoke his weed.

My best friend’s varsity volleyball coach was a fanatic with an outstanding record for winning. The young women worshipped him. I didn’t like him, mainly because he’d taken my friend and replaced her with a zealot. The volleyball team ate together in the quad (they had a special diet), wore matching clothes, and kept their hair in side ponytails. Her coach was humorless. I told her that the only time I’d witnessed him laughing was when a spiked ball hit an opposing team member on the head. She said I couldn’t understand because I wasn’t a team player. Years later, her coach became sexually involved with one of his players, and she got pregnant. He married her and continued to coach. His marriage ended when his wife had an affair with one of his players, and subsequently came out as a lesbian. He retired. My friend defends him to this day.

I played varsity tennis in high school and college, and there were tournaments and trophies. But I played for my mother more than for myself. A scrappy player, I was able to beat those with more talent through sheer determination. But despite my mother’s hopes and ambitions, I knew that I wasn’t good enough to become a professional. At my worst, I developed a temper akin to my grandfather’s, throwing and denting racquets, especially when playing other family members. We might not be able to communicate, but we could smash and curse during our matches, a la The Squid and The Whale, with the best of them.

I imploded during college, the number one varsity singles player, with an alcohol-fueled breakdown. I risked the anger and disappointment of my mother, my teammates, and my coach, a man with an impressive handlebar mustache and a thick Scottish accent. I quit the team.

After that, I didn’t pick up a racquet. It’s been years since I’ve played tennis, and it’s like an extra sixth finger I was born with was lopped off. I don’t want it back, because it’s not necessary. It’s a phantom part of me, but it’s not me.

Sometimes my mom will look at me across a dinner table, her expression fierce, wistful, mischievous. “She could’ve been a professional tennis player,” she’ll say to the table, and I’ll shake my head, and she’ll say, “You could’ve. You were good. Really good.”  But I’m a writer, not an athlete, and she knows this. She’s the one that could’ve been a professional tennis player, had history aligned. It’s never been my dream. Not even close.

Now that I watch my kids compete, I understand my own mom more. It’s vital when it’s one of my sons, emotional. Every parent, it seems, wants to cheer and guide and sway and determine a victorious outcome. AYSO soccer, Little League. Both sons were on championship soccer teams, which killed the fun for them, so they quit. My son’s champion-team soccer coach videotaped every one of their games, sending the kids home with DVDs to watch and learn from. The average age on the team was ten years old. For fun, we still watch one scene in particular, where the coach calls my idling son out as an instruction to the others, yelling, “Don’t ever do this.” It almost always makes one of us laugh.

Ironically, my sons speak the language of sports and statistics, with an encyclopedic knowledge, communicating with my family in a way that I never could. Often, the television at our home is turned on to basketball, baseball, or football. My eldest plays on the high school football team, and now when I attend his games, I listen to the crunch of helmets, watch the teenagers pile up in a massive tackle, and pray that he doesn’t get hurt.

It’s beautiful and thrilling to see him and his friends—young men I’ve known since their days in diapers—charging a football field. But honestly, I’m most at peace when my son sits on the bench. One concussion, his father and I have told him, much to his annoyance, and your football career is over.

Lately my sons and I watch sports documentaries on Netflix, because it’s one of the few television programs that we can agree on. Among our favorites: Hoop Dreams, The Announcement (about Magic Johnson’s HIV diagnosis), and the 2011 Academy-Award-winning Undefeated, which we’ve watched twice.

Recently we sat together on the couch, a bowl of popcorn on the table before us, and watched Going Big, a documentary about Sam Bowie, who was chosen before Michael Jordan in the 1984 NBA draft, to widespread ridicule. It’s a harrowing story of injuries, bad luck, lies, and persistence, and when it was over, we stared at each other, speechless and dumbstruck.

Two days later, we were still thinking about it, and my eldest said, “Bowie could’ve been the best player ever, if he hadn’t gotten hurt. It’s weird to think that I’d never even heard his name before—didn’t even know who he was.”

Sports have become a link between my sons and me. I didn’t understand this as a teenager and young adult, but now that I have teenagers of my own, I do, and I appreciate what I can get. 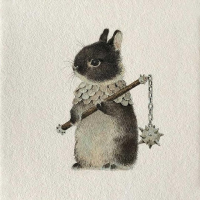