Now Paul is a real-estate novelist

Who never had time for a wife

His first novel, Mortgaging Murder, was released to little critical fanfare in 1983

He loves to attend comic conventions

Each year at Emerald City he dresses as Dream from Sandman

Over the years he has quietly published twelve books in his Laurie Moore, Leasing Agent series

All twelve have sold a combined total of 83 copies

On Saturdays he shuffles into his neighborhood bar, HotKeys, on 49th Street (in the lot behind the Dairy Queen)

Davey was dishonorably discharged from the Navy in 1998 for gunrunning

They talk for hours

This makes them feel so alive

(“Every act of creation is first an act of destruction”)

The next day Paul gets an unusual call from his agent, telling him that after an intense three-day bidding war, HarperCollins has agreed to publish his new manuscript, Death & Property Taxes: A Laurie Moore Mystery

The first thing Paul does with the money is buy HotKeys and reverse its hopelessly backward “stoned businessmen only” policy (not a single woman or non-stoned tradesman has set foot in the bar since 1901, other than one extremely political waitress who would go on to become the nation’s next [and final] President)

Death & Property Taxes: A Laurie Moore Mystery is released the next year and becomes a runaway bestseller, catapulting Paul into the public’s consciousness

His charmingly deadpan appearance on Colbert is talked about for years

The publishing world is in an uproar

Paul regularly receives death threats from former bestselling authors until the President herself agrees to assign him a special Secret Service detail, following a landmark Supreme Court decision (Steele, Sparks, Rowling et al v. United States) in which all genres of literature, except for real-estate novels, are outlawed

Homes and businesses are regularly raided for contraband “fake estate” books, or “falsies”

Paul is the wealthiest person in America, then the world

Soon even the world’s landmarks are renamed (“The Great Paul of China,” “The Taj MaPaul,” etc.)

America is a police state

The world is changed

Now Paul sits back in his rooftop garden and watches his secret police force (“Paul’s Boys”) raid a Vintage Contemporaries warehouse across town on his tele-watch, then toggles the display and checks his OKCupid profile

He has one new message, from NotInTheNavy69

“Not sure if you remember me…” it starts

Now he has time

All the time in the world 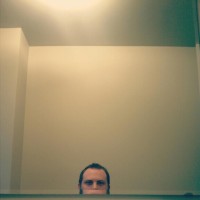 Trevor Barnes lives in Seattle and makes comics at nightmareorigami.com.